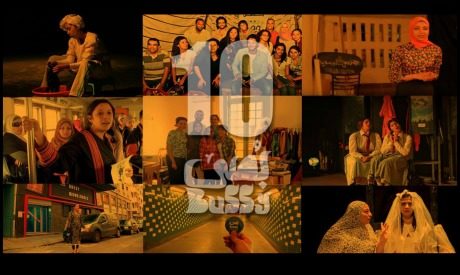 The performance is a result of collaboration between BuSSy Project and Nazra for Feminist Studies.

On Saturday, 26 November, Nazra for Feminist Studies in collaboration with The BuSSy Project presented Forced — a performance of personal testimonies of sexual violence — at Cairo’s Goethe Institute.

According to information released by BuSSy, a performing arts project, the performance is part of the campaign “It Happens,” launched to combat rape and is staged within the framework of the “16 Days of Activism” campaign.

“The testimonies have been collected from The BuSSy Project archive, and from the archive of El-Nadim Center for Management and Rehabilitation of Victims of Violence, with permission. All personal details have been changed to protect the identity of survivors,” BuSSy explains.

The BuSSy Project aims at documenting and giving voice to censored and/or untold stories about gender in different communities in Egypt, through theatrical performances.

“Our stories reflect the reality that we, as young Egyptian women and men, are living with, regards to social issues that are experienced by all members of society, irrespective of class and background,” BuSSy Project relates on its official website.

“We aim, through our performances, to reach the public directly, and expose the reality that society ignores, while also creating new opportunities for dialogue and awareness of many different important issues.”

Most recently BuSSy shared on their Facebook group a comment about the Project made by Egypt’s renowned actor, producer and director Khaled Abol Naga, saying, “I consider BuSSy an artistic gem. It’s one of the bravest, boldest, and true yet simple and heart warming storytelling projects probably worldwide.”

The BuSSy Project has been active since 2006, originating at the American University in Cairo following a performance of the Vagina Monologues by Eve Ensler. In 2010, the project transitioned from a university-affiliated group to an independent theatre movement.

Throughout recent years, BuSSy staged numerous performances in Egypt and internationally and collaborated with numerous local and regional institutions.

Their current performance, titled “Forced,” is created in collaboration with Nazra for Feminist Studies, a group that aims at contributing to the continuity and development of the Egyptian and regional feminist movement in the Middle East and North Africa. 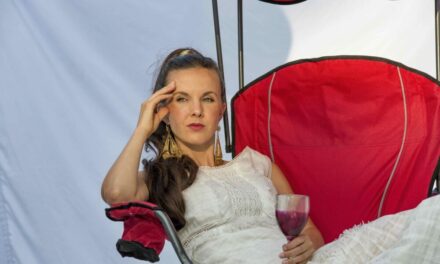