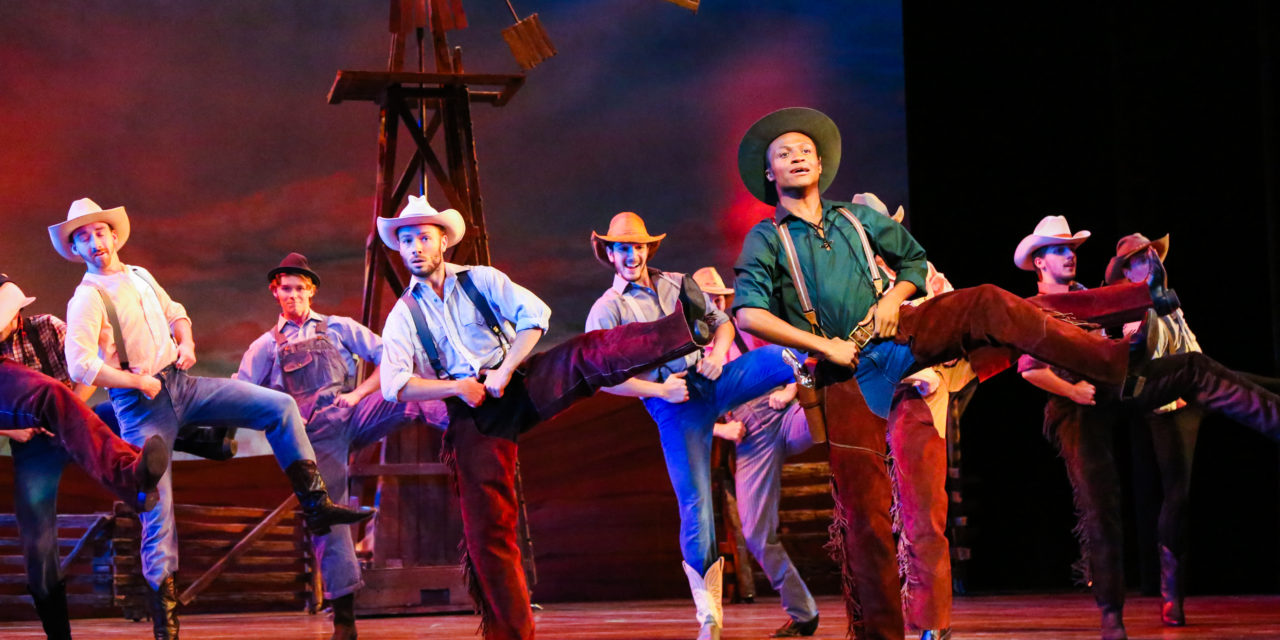 I grew up on Oklahoma! Now, I’m not sure how many Millennials can share this feeling, but that was my life. Oklahoma! was the first musical my parents introduced me to and was one of my favorites as a child. Even though I didn’t really know what was happening, I loved the music, wanted Curly and Laurie to get together, didn’t like Judd, and desperately pined to go to this magical land called Kansas City. And so went my childhood. As I grew up in a musical-obsessed family, my parents would introduce us to Hello, Dolly!, Seven Brides For Seven Brothers, Bye Bye Birdie, West Side Story, and the like, but Oklahoma! remained a favorite for some reason. Later in life, when I graduated high school and went off to the University of Oklahoma, it all seemed to be an omen. While all the other out-of-state students had to learn the words to the title song, I had known it by heart for a solid fifteen years. Somehow, Oklahoma!  was in my blood.

And thanks to Theatre Under the Stars (TUTS) 50th-anniversary season-launching production of the classic 1943 Rodgers & Hammerstein musical, Oklahoma! is still in my blood. Despite being 75 years old, the musical soars under the direction of Kevin Moriarty, who offers a fresh yet comforting take on the show. Oklahoma! plays until September 23 at the Hobby Center in Houston, TX. 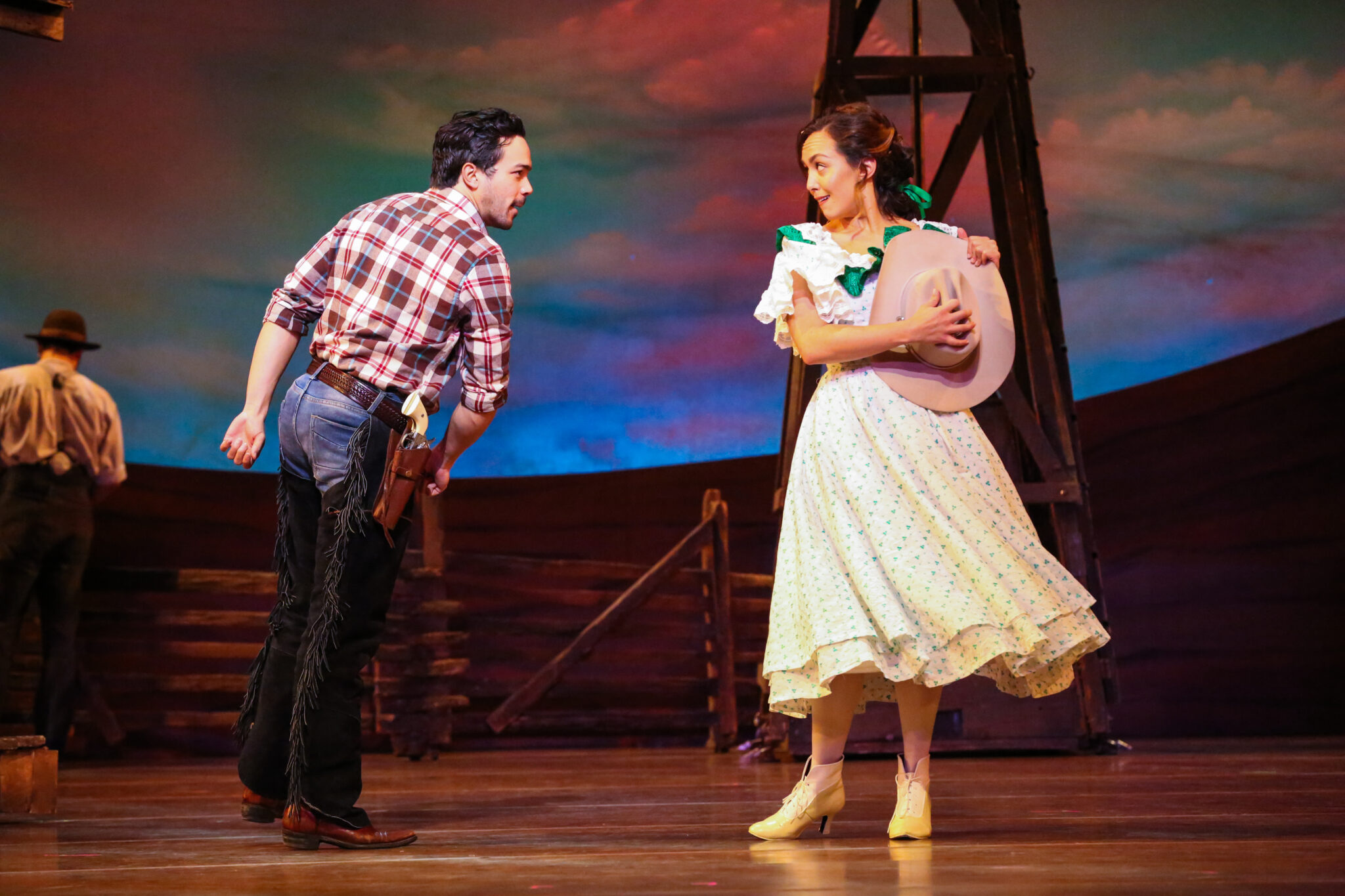 In a basic sense, the musical is about a picnic. Now, that picnic has some drama revolving around life in the early 1900s in the rural farmland of Oklahoma and mainly the love story between the musical’s two leads, Curly and Laurey. The production features Sam Simahk as Curly, Olivia Hernandez as Laurey, Priscilla Lopez as Aunt Eller, Madeline Hamlet as Ado Annie, Hassan Nazari-Robati as Ali Hakim, Christopher Campbell as Will Parker, and Eric Ulloa as Jud Fry. Every single lead gives a knock-out performance. To single one performer out would be to do an injustice to the quality of ensemble work that this crew has developed in a relatively short time under Moriarty’s leadership. Moreover, TUTS continues its recent trend of inclusive casting; nearly every lead in Oklahoma! is a person of color. In nearly every way, the cast looks like the city of Houston and this is a beautiful thing. 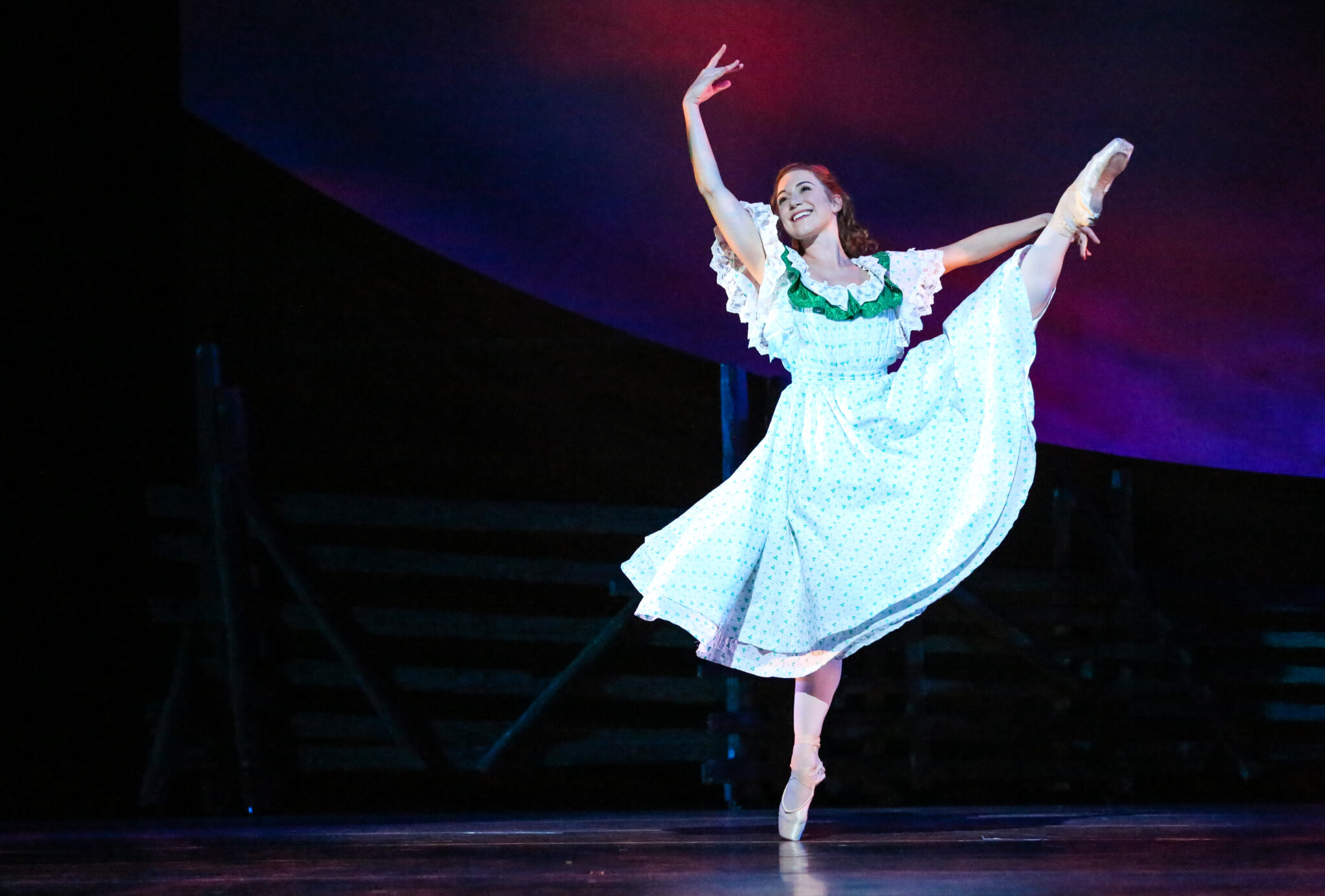 So, the acting and singing are top-notch, but let’s talk about the dancing. Produced in artistic collaboration with Houston Ballet, the musical has never looked better. As a kid, the long ballet sequences in Oklahoma! would sometimes bore me. At the least, I didn’t understand why it was there. Houston Ballet dancers Ian Casady, Charles Yoshiyama, Jessica Collado, Melody Mennite, Christopher Coomer, and Brian Waldrep alternate the lead roles during the musical’s famed dream ballet. Under choreographer Stanton Welch AM, Artistic Director of Houston Ballet, the dream ballet truly takes the production to a new level. The choreography is both innovative and also pays respect to Agnes de Mille’s landmark choreography in the original production of Oklahoma! As well as the film adaptation. I hate to admit that I’ve never attended a performance at Houston Ballet, but this production certainly changed that. Now I can’t wait to check out Houston Ballet’s season.

Rounding out the creative team are Andrew Harper (Sound Designer), Jason Lyons (Lighting Designer), and Karen Perry (Costume Designer). Everyone hits their marks making for a perfect production of Oklahoma!

While Oklahoma! is no longer my favorite musical, TUTS’ production certainly made this writer happy. The morning after the performance, I woke up with a smile on my face as I sang the score and danced through my morning routine. Oklahoma! is still the total package, making this production one not to be missed. 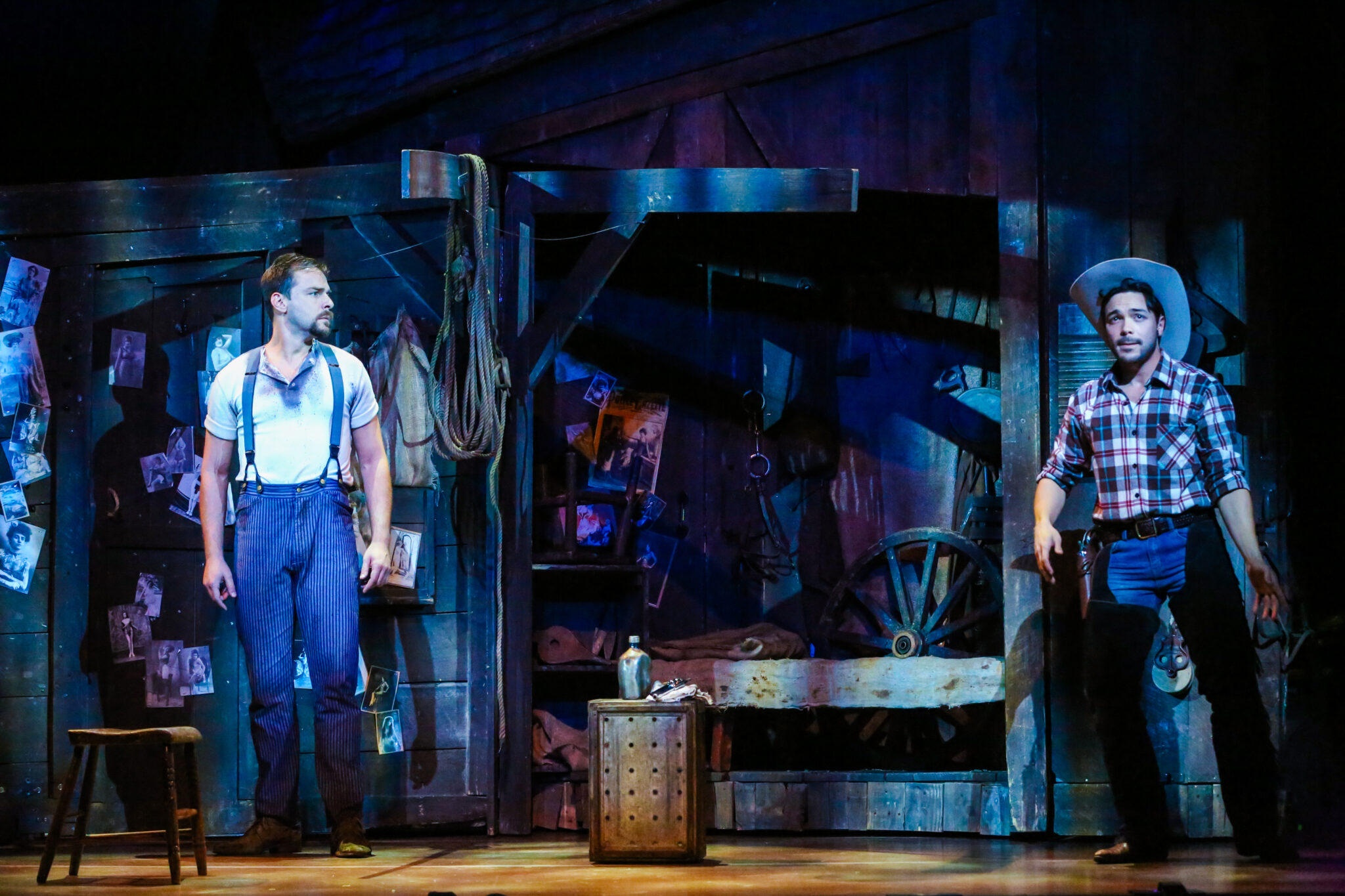 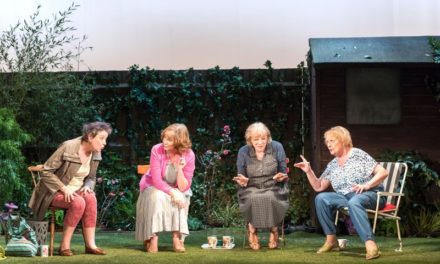