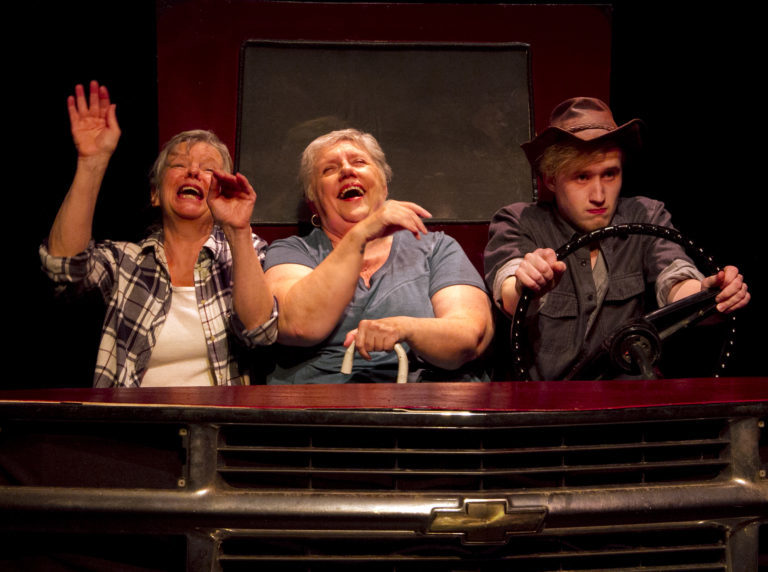 My colleagues have already expressed their admiration for this production and I can only agree with their opinions. Not that this was a surprise because Toto Too is in the habit of giving us excellent performances under the steady hand of inspired and creative directors and Cloudburst was no exception.

Sarah Hearn’s work with the cast was admirable and showed a great sensitivity for the text. I felt that Stella, (Maureen Quinn McGovern) was at times a bit over the top because even though the language was pretty rough, she might have toned down the yelling to avoid slipping too close to the brink of a caricature, provoking laughs which were at times indications of much sadness.

I also felt that the play ended too suddenly. It was clear what had happened and we were expecting such a denouement after it became evident that this was a form of Thelma and Louise escapade out of the clutches of society and its crushing influence. However, it just seemed to end too abruptly without giving our emotions a chance to grasp the meaning of it all. I’m not sure if it was a question of the production rhythm that missed some beats or if the writing at that point just fizzled. It left me feeling slightly incomplete and wishing more had been said. These are however minor sentiments that do not at all change the impression of the work as a whole.

On the other hand, I would like to emphasize the excellent performance by the fairly inexperienced Jason Hopkins who made such a strong impression on stage that I could barely take my eyes off him. I kept waiting for him to lose his character, to slip up but no, he was so perfectly tuned to the feelings of young Prentice, the hitchhiker, and sometimes modern dancer that he kept his performance closely involved in the character and closely involved with all that was happening on stage, even when he wasn’t speaking.

He convinced the two women to take him to see his mother in Economy Nova Scotia as they were off on their adventure to New Brunswick to get married. The mother was supposed to be dying, and that meeting in her home was so beautiful and authentic without the slightest trace of overacting or exaggerated sentimentality. It all evolved in a most “natural” way. Jason Hopkins was at the basis of those moments, the sign of a very mature actor who gave the impression he was listening, and following and constantly aware of who he was and what the others were expressing.

A beautiful role for this young person who had an outstanding chance to show us the strength of his acting ability, I do hope we see him again on the Ottawa stage.

Cloudburst continues until September 17, at the Gladstone.

This article appeared in Capital Critics’ Circle on September 13, 2018, and has been reposted with permission. 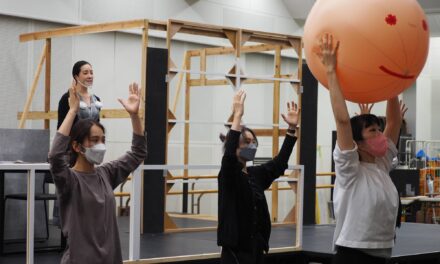