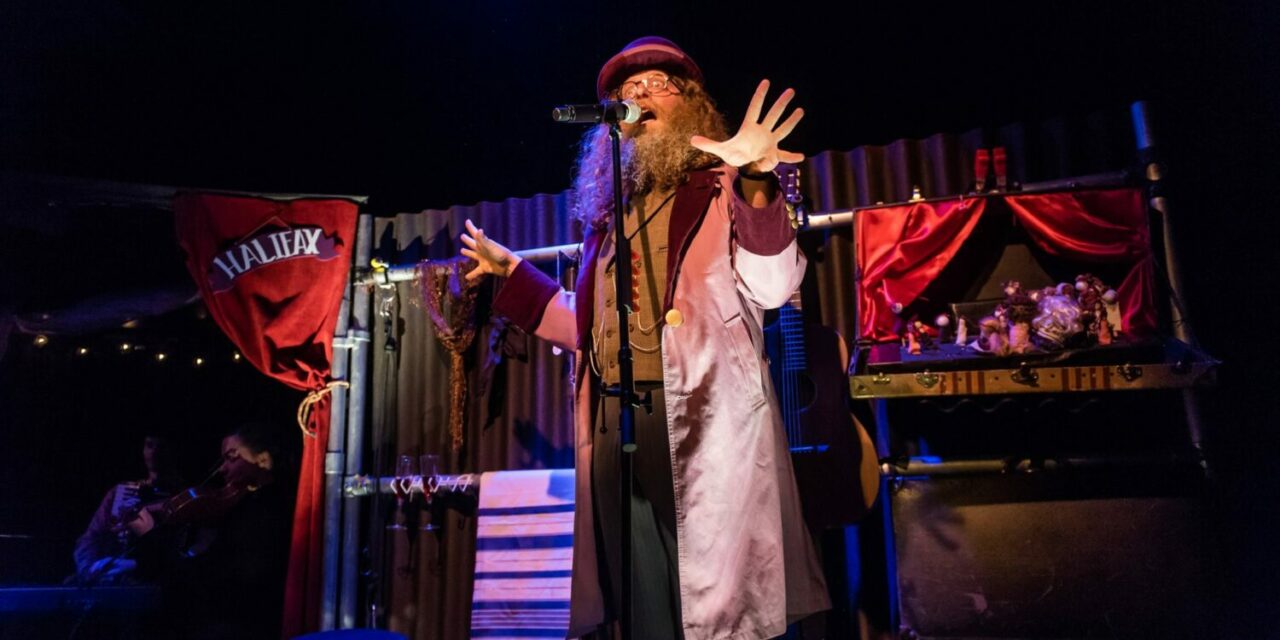 Canada is built upon a core tenet of otherness; its populace is built largely upon the mosaicked lives of genocidal settlers, and refugees in search of better. Old Stock is presented by Halifax’s 2b Theatre in collaboration with the National Arts Centre and explores the personal genealogy of playwright Hannah Moscovitch through a musical lens. Directed by Christian Barry, Old Stock directly asks us if we are able to find some piece of ourselves within its storytelling, and within the hardships, the onstage refugees must face. As audience members, we become implicated in this eighty-minute exploration of the immigrant experience.

Canada, Universality and the Script

Old Stock is at times remarkable in its ability to elicit empathy from its audience, by leaning upon a shared snowy Canadian identity – One that through virtue of Canada’s history, can be molded to include many backstories or journeys. However, the play occasionally ventures into a place of pandering. This, therefore, leads us to wonder whether its goal is truly for us to ignite the universal and authentic empathy it ardently preaches.

With telltale sharp dialogue and the uncomfortable ache of interpersonal melancholy, Moscovitch’s script falls neatly into her dramatic canon. Chaya (Played by Mary Fay Coady) and Chaim (Played by Eric Da Costa) have a natural textual rhythm between them. They have a vernacular that also provides an effective emotional blueprint for its cast. The storytelling structure is simple and effective, leaving no emotion unexplored in the search for a universally-resonant refugee story.

And there’s the problem.

In creating a “universal” love story, Moscovitch’s script encroaches upon cliché. Seemingly, this is in order to remain accessible to its audience. Chaya’s Romanian stoicism though beautifully presented by Coady, serves as a layer of otherness that doesn’t quite work. It assumes an Eastern European stereotype and affirms it, rather than working to dismantle it. We get precious few glimpses into Chaya’s personality outside of her marriage such as her love for sugar in her tea, which appears throughout the story. Yet, what we do learn of Chaya we only learn through virtue of Chaim being present to coax out a memory or a joke.

Old Stock’s hook is in its musical components. And the musicality of the piece is excellently presented by singer-songwriter Ben Caplan as The Wanderer. The lyrics are tight and largely Phrygian in its orchestrations, which fall appropriately in line with the characters’ Jewish faith. Caplan serves as our narrator and our liaison between modern Canadian comfort and the storied, imported hardship. This offers a lively energy that contrasts with the narrative unfolding just beyond his reach. The Wanderer’s dramaturgical purpose as a character is somewhat blurred, however; is he God? Is he what’s left of Chaya’s former life? Is he a nearer generation to us, a stowaway on the ship to Canada, a minstrel, a storyteller, a busker? The Wanderer’s presence onstage is not unwelcome but presents perhaps more questions than it answers.

Christian Barry’s direction is simple and efficient, provoking the right reactions at the right times. As a touring production with a commendable history of development and progress, Old Stock is confident in the product it’s presenting. But it seems that the play has grown comfortable with the story it tells and the way in which it tells it, with little room for spontaneity or play. Immigration is an uncomfortable topic, and how we as a society think about refugees is constantly shifting within the current, and tumultuous political climate. Perhaps the play would benefit from further experimentation in future remounts.

Coady as Chaya and Da Costa as Chaim are an excellent pair. They offer both onstage chemistry and lovely instrumental skills on violin and woodwinds, respectively. Their time in the band spatially separates them from one another which subtly points out how the act of storytelling serves to dissect and disintegrate the fragments of the story. Da Costa is incredibly endearing from his first pass at Chaya to his embrace of the “new dad” trope. Similarly, Coady’s precision in the role results in well-timed, effective comedic moments. While Coady and Da Costa are navigating stereotype, they perpetuate the idea that archetypes transcend culture. The concept of a family unit is also so strong, it breaks the barriers set by an imposed accent or a high-energy song. Overall, Coady and Da Costa’s performances offer the gateway into the empathy Old Stock demands; they are nearly enough on their own to navigate that empathy themselves, without needing narration or external guidance.

Louisa Adamson and Christian Barry’s set and lighting are of top quality, providing a functional playground for Caplan as he navigates his space. Jordan Palmer, Graham Scott, Christian Barry, and Ben Caplan’s sound design is of equally excellent quality. It sound-tracks Old Stock’s world in a way that feels both ritualistic and dreamy; never once letting us forget that what we are watching has its footing in the true events and customs that make up Moscovitch’s family history.

In summary, Old Stock is somewhat difficult to assess; its production standards are well up to that of the National Arts Centre, its performances are superb, and Moscovitch offers more of what we already know her to do rather well. Contrarily, Old Stock falters is in its expectations of its audience, spoon-feeding its evident morals to a public that is already capable of inferring and applying themselves. We as a culture have a long way to go regarding the treatment of newcomers to Canada. But, the arts-inclined audience of Old Stock has a capacity for empathy that this show feels a need to reiterate, which results in a redundant tone. Moscovitch’s rich family history surely does not need to be narrowed into tropes and is more than worthy of further exploration in future projects and remounts.

Old Stock ran at the National Arts Centre until October 27, 2019, in the Babs Asper Theatre. 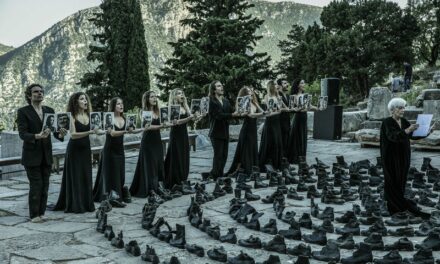