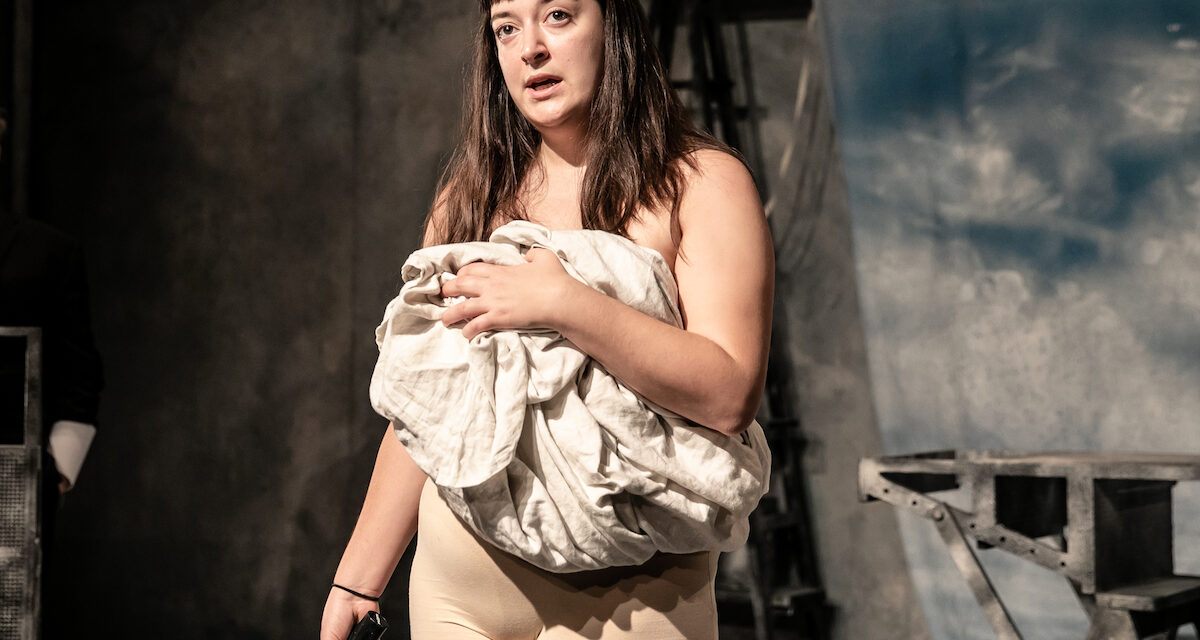 Artemisia Gentileschi definitely had a hard time. Although she was an outstanding Renaissance painter in the style of Caravaggio, and the first woman to become a member of Florence’s Accademia di Arte del Disegno, her work was attributed to her father Orazio for centuries. Since she was rediscovered by feminist art critics in the 1970s, interest in her life and work has increased, but sadly the first major exhibition of her paintings in the UK, at the National Gallery, had to be postponed because of the coronavirus. For the same reason, Breach Theatre’s drama about her was canceled, just days before it was due to open at the Barbican in London. So instead we have this film version, specially shot in a former chapel for BBC Four, on which channel it was broadcast in February.

It’s True, It’s True, It’s True: Artemisia on Trial is a dramatization of the 1612 court proceedings which followed her accusation of rape against Agostino Tassi, the Pope’s favorite artist, in Renaissance Rome. Given that she was a teenager when she was assaulted, the seven-month-long case was a shocking public scandal in an era not overly sensitive to the female experience. This devised show uses female actors to play the central roles of Gentileschi, Tassi, and the judge, as well as the witnesses and has already won awards at the Edinburgh Fringe Festival and plaudits when staged at the Diorama in 2018.

The story is horribly familiar: Tassi develops an interest in the young Gentileschi, approaches her, is rebuffed, then harasses her, spreads rumors about her sex life, stalks her, tries to manipulate her – and finally rapes her. During the court case, her accusations ring clear, but Tassi refutes them. He uses the typical male tactics of shaming the victim, throwing aspersions on her morality, and questioning her life choices. He pours scorn on the evidence and attempts to bribe the witnesses. This type of behavior continues to be standard practice today. The main difference with trials conducted now is that, in the Renaissance, the victim was actually tortured, in this case with thumbscrews, before her story was believed.

Written by Ellice Stevens and Billy Barrett, the show does not have any explicitly clunky contemporary references, but the context of the #MeToo movement is clearly discernible. The fact that Tassi was invited into the Gentileschi house by Artemisia’s father, makes the story one of domestic trust: not only is a young woman’s body violated but so also is the trusting nature of the family and friends. Using the remarkable 300-page court transcripts, her horrifying experiences come across very powerfully: she is not only assaulted but also cross-examined by her rapist and humiliated in public. But as well as being a documentary-style re-enactment, this drama is also a satire on biblical stories of toxic masculinity and the contemporary domestication of porn.

The courtroom details are typically horrible: the judge asks Gentileschi why she didn’t make a noise when attacked, and her reply – “Because he held my mouth, I couldn’t cry out” – speaks for hundreds of women in similar situations. Although she scratched his face and pulled his hair, he was too strong and he overpowered her. The judge asks if she consented to sex with him, she is clear: “No.” But then come the complications. After being raped, an event which is described in excruciating detail, she continues to meet her abuser, and for a while wants him to marry her. Yet, at the same time, it is clear that she did not consent to sex.

The film, produced by Artemisia Films and Breach and commissioned by The Space for BBC Arts, is both an excellent document of a stage performance and a fine piece of high-definition filming in its own right. At 75 minutes, it is fast-moving and has both clarity and abundant atmosphere. Designed by Luke W Robson on a bare set, with an industrial gantry, metal workbenches, trolleys and buckets for props, the echoey quality of the space simulates a courtroom, and spliced-in video materials show enactments of two of Gentileschi’s favorite subjects: “Susannah and the Elders” and “Judith Beheading Holofernes,” which here becomes a viscerally autobiographical testament to female empowerment.

By having an all-female cast, this production, directed by Billy Barrett, conveys a strongly feminist sense of women’s experience, representing a depressingly familiar world in which men simply can’t accept that no means no, and are ready to turn violent when rejected. The film delivers the story more intimately and more strongly than any stage version, and close up the acting is excellent, both moving and occasionally humorous: thanks to great work from Ellice Stevens (Gentileschi), Sophie Steer (Tassi and judge) and Kathryn Bond (Tuzia, one of the witnesses), with Harriet Webb playing Judith in the painting sequences. At the end, after the humiliation of the courtroom, the whole cast joins in a thoroughly joyful assertion of female power by performing Patti Smith’s iconic “Gloria.” It’s a rocking finale to a riveting show. Which is also true.

This article was originally posted on Aleks Sierz on Monday, April 6, 2020. To read the full article, click here 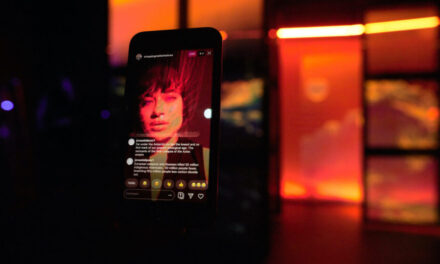