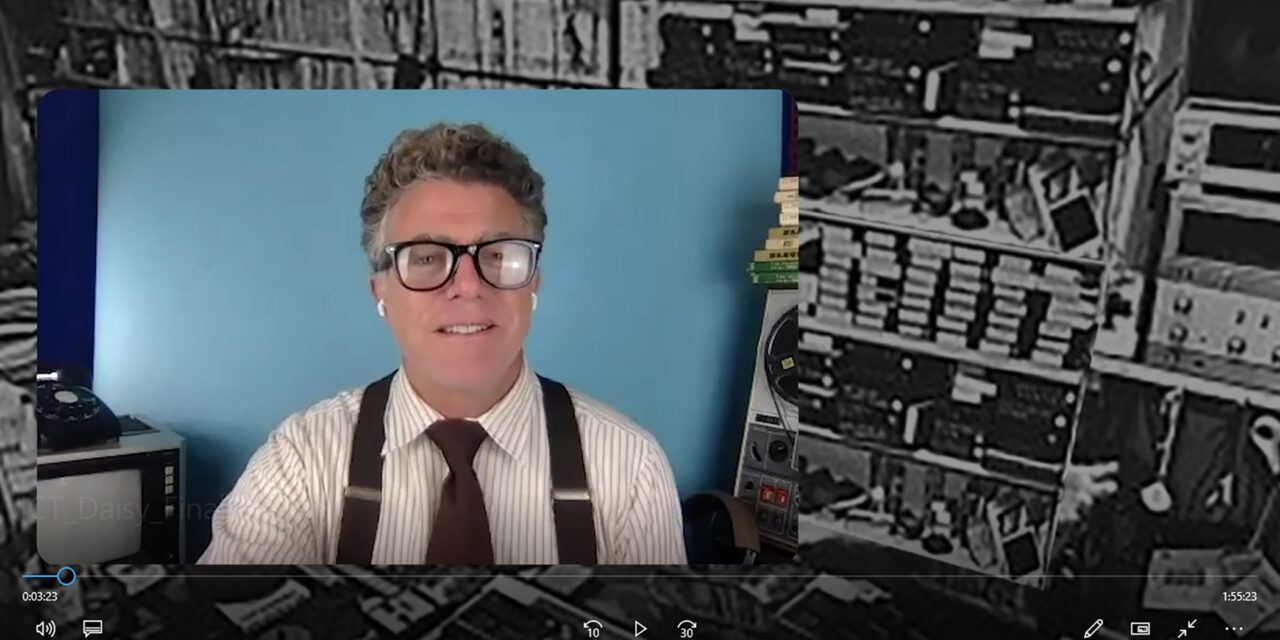 On September 7, 1964, during an NBC Monday night movie, the democratic campaign to reelect President Lyndon B. Johnson made an infamous decision- to air the first-ever American political “attack ad.” On televisions across the country, in black and white, viewers saw the wind blow the hair of a little girl as she stood in a flower patch, counting and picking daisy petals on a sunny day. Then, a deep, commanding voice of a military commander counted down until the screen erupted with the mushroom cloud of a nuclear explosion. The “Daisy Ad” only aired once.

To modern audiences, there’s nothing new or surprising about political ads going negative and, for most Americans in 2020, there’s nothing left the current occupant of the White House could say or do that would be surprising. That’s why the political and cultural comparisons laid out by Canadian playwright Sean Devine in Daisy feel so relevant today. Originally produced by ACT in Seattle, Daisy takes us into the boardrooms and professional relationships of Doyle Dane Bernbach (DDB), the real-life ad agency picked to create campaign ads for President Johnson’s 1964 reelection campaign.

Devine has taken on the challenging task of presenting a story to which we already know the ending: Goldwater wins the nomination, the ad airs to much public criticism, and President Johnson handily secures reelection. As a result, the play loses some of its punch. Sure, this story is interesting and arguably important but there’s little really to real the audience in for a full-length play. Even the “surprise” at the end of Act I that Goldwater will be the Republican candidate rather than Rockefeller doesn’t seem to land since, well, high school history class had that covered.

What does work, however, is Devine’s choice to highlight the historical precipice on which the creators of the “Daisy Ad” stood. Breaking with both prior political and advertising norms, this ad team opened a Pandora’s box for American elections. 1964 was the first presidential campaign where television ads had a significant impact on the electorate. DDB, along with sound guru Tony Schwartz, understood the power of using sound and imagery to sway voter’s emotions rather than attempting to make logical appeals. At times, I felt I was watching a horror film where I was shouting at the screen, pleading with the characters to “not open that door!” Devine’s cohort of characters may not be fully developed but, as they engage in meaningful and thoughtful debate over what is right or wrong, one can’t but wish we had the same dialog in today’s politics.

But, we also see how simple jumping off a cliff can be. For this ad team, it’s ultimately not personal, it’s business. Sure, morals and ideals slow them down but ultimately they’re free of any real accountability. While lone female character Louise Brown, played by Erin Anne Williams, may feel some remorse when all is said and done, her role loses some of its impact when you learn she was not based on a real historical figure, unlike her male counterparts. 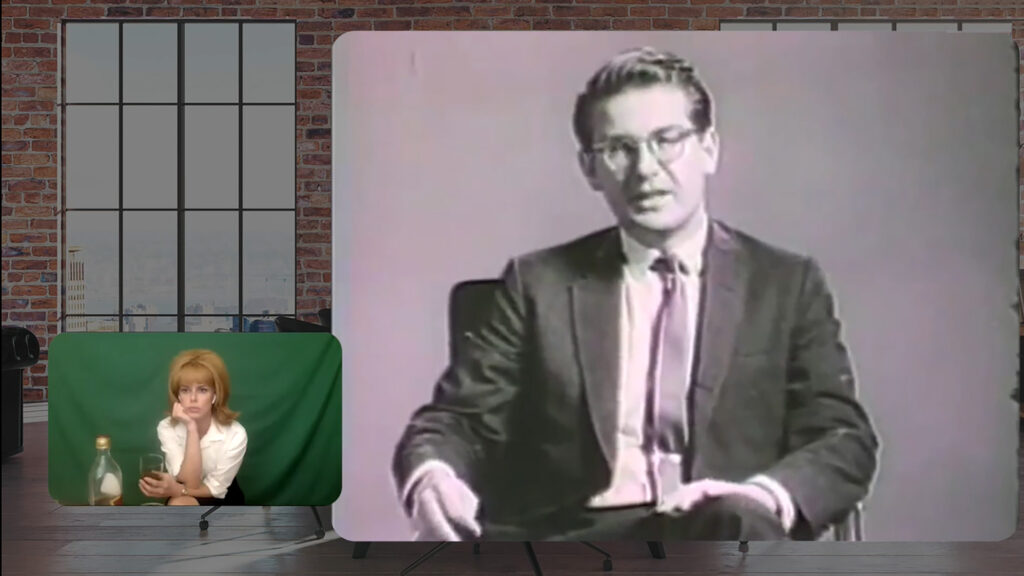 Produced by International City Theatre in Los Angeles, Daisy is streaming online throughout the final days of the 2020 US Presidential Election due to the COVID-19 pandemic. Nevertheless, director and producer caryn desai has found a way to bring life and energy to Zoom. Rather than just talking heads, the actors’ video feeds are overlaid on still photo backgrounds which act as makeshift sets. A background of stacks of cassette tapes and recording equipment, for example, make up Schwartz’s office while the image of a train car situates us in the characters’ journey from DC back to New York. When a character enters a scene, their video feed slides into the room only to disappear again when they exit. Not only does this mimic a stage performance, but it also helps the audience keep track of the story and pay attention to the right actors. Combined with sound effects and title cards, this has been one of the smoother and more pleasant “Zoom theatre” experiences I’ve had.  To no one’s fault, Devine’s wit and Mad Men-like office banter do suffer slightly as good timing is nearly impossible to get right over this digital medium. Nevertheless, the six-person cast delivers solid performances overall.

For today at least, America stands on its own precipice, anxiously awaiting the outcome of the 2020 US general election. Social media ads are king and disinformation campaigns stoke confusion and fear. The threat of international conflict may be more cyber and less nuclear, but the world around us still feels uncertain. Sure, Daisy reminds of where we’ve come but offers little guidance on where we should go. It’s an enjoyable production with plenty of historical fodder but Devine gives us a history lesson without the lesson. Maybe I’m asking too much of him but, as an American, but it’s hard to find much hope or guidance here. 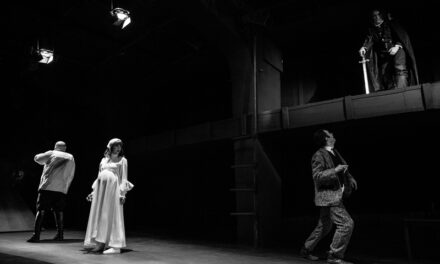 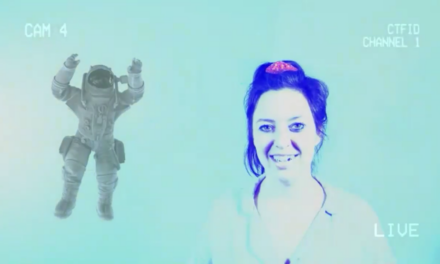