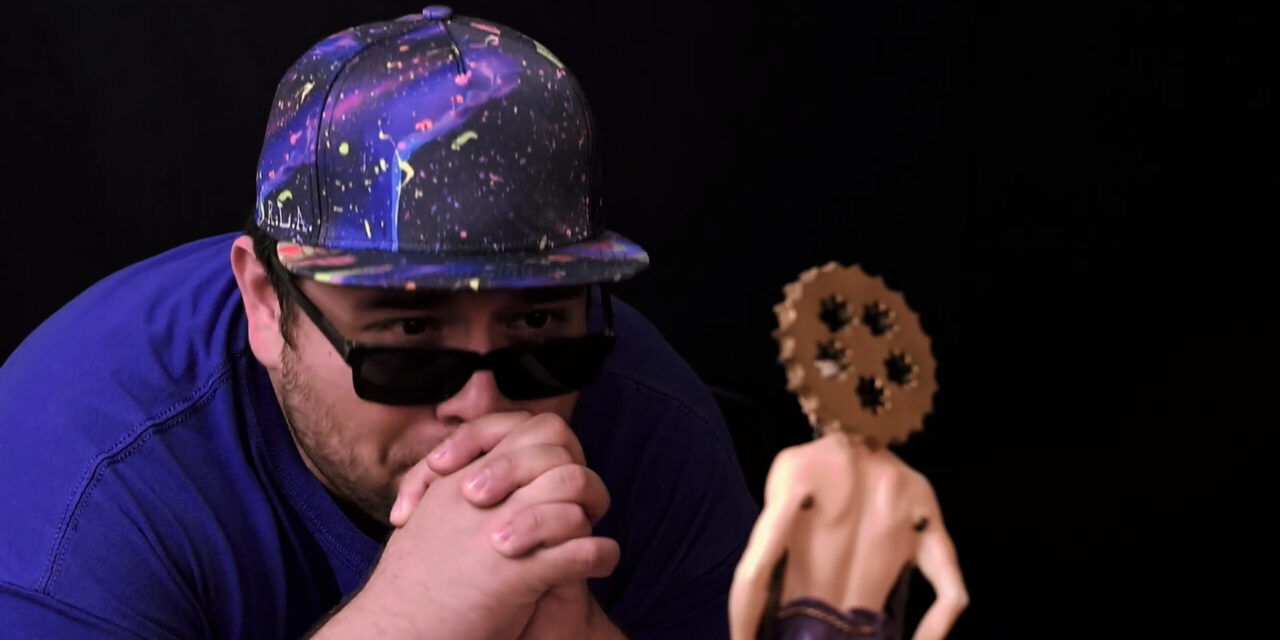 In 2014, the Latino Theater Company (LTC) re-ignited the Latinx theatre festival tradition, a legacy that has been a mainstay of Chicanx and Latinx theatre-making in the United States for over five decades. The LTC hosted the Encuentro, creating a central meeting space for Latinx theatre-makers, something the LTC continued in 2017 with the Encuentro de las Américas, an international festival featuring productions and theatre-makers from across the Americas performing in English and Spanish. Riffing off encuentro, the Spanish word for an “encounter,” these festivals were critical spaces for theatre-makers, scholars, allies, and audiences from across the Americas to come together and quite literally encounter each other. For more on these festivals, see the edited collections Encuentro: Latinx Performance for the New American Theater and Seeking Common Ground: Latinx and Latin American Theatre and Performance.

The LTC continues this work with RE: Encuentro 2021: National Virtual Latina/o/x Theatre Festival, a festival that highlights the diversity of Latinx communities in the United States. The virtual festival features sixteen productions of Latinx plays in addition to virtual panels featuring Latinx theatre companies across the United States. The robust festival features an explosion of some of the most exciting and cutting-edge Latinx theatre-making working at the forefront of the theatre in the Americas. RE: Encuentro 2021 runs from November 12- 21, 2021.

Here, I talk to playwright Franky D. Gonzalez, whose play Paletas de Coco is featured in RE: Encuentro 2021. Directed by Jeff Liu and written and performed by Gonzalez, Paletas de Coco follows four Christmas Eves in Gonzalez’s life, spanning three generations and a decades-long journey of forgiveness, exploring the playwright’s relationship with fatherhood. Trevor: Can you tell us more about Paletas de Coco?

Franky: Paletas de Coco is a means for searching for my absent biological father; it is also an attempt at exploring what fatherhood means, both after having seen the worst of it, and after the birth of my son while also exploring the why the I’m able to offer forgiveness after becoming a father. In exploring those topics the I try to tell the humorous and dramatic story of four Christmas Eves to the audience. The stories cover the my last face-to-face interaction with my father (2005), my long battle with depression and an eventual suicide attempt (2009), the birth of the my son (2015), and the settling of a longstanding wager I made with my own depression, wherein the I promised to end everything if I lost (2019). Ultimately I hope with the telling of these four stories that I can not only find my dad, but also reach other fathers who may be struggling as I have with the idea of becoming a father after believing that the word “Dad” was a bad word.

Trevor: Paletas de Coco has gone through many different versions, from a solo show to a Red Rabbit/White Rabbit style two-hander. How does this digital festival version differ? What’s new?

Franky: This version is actually a truncated, purely solo, version of the show where I have nobody onstage with me. It’s just myself, blending filmic elements, theatrical elements, and taking the style of vlogging/video journal and turning the work into a sort of letter to the person I fear most of all.

Trevor: How does Paletas de Coco fit within your body of work?

Franky: I have always approached theatre as an interrogation of my great insecurities, fears, and traumas. Previously, I dealt with these issues using fiction as a cover. I felt strongly, however, that in creating Paletas de Coco, I should not fictionalize the struggle of fatherhood by an abandoned son. It’s my personal struggle, and to fictionalize any aspect of that would cause the play to ring false to the people who most need this to be true. Even if it put me in an uncomfortable place and put a negative light on me. Theatre has been my place of confrontation, of grieving, and of finding my way forward. Paletas de Coco became the natural next step in how I create theatrical work.

Trevor: Your career has been taking off the last few years. Everywhere I look you are winning an award, headlining a new play festival, getting a reading, being produced, writing for Netflix (I could go on!). What’s this experience been like for you?

Franky: It’s been surreal, humbling, and at the same time overwhelming. So much of this has been a whirlwind where I wonder if I can keep up with the expectations that come with the commitments of this recognition. There are times where I even feel like I’m in over my head and have no idea what I’m doing, but I recall my most ardent wishes and my own bet with myself in 2009. I wanted this, now I have to be ready to receive it. That it is coming to me, inspires so much gratitude, no matter how overwhelming.

Trevor: What’s next for Franky Gonzalez?

Franky: After Encuentro, I will be developing my comedy Escobar’s Hippo with the Playwrights Center as part of my Core Writer residency. I’ll also be developing new works through my 4 Seasons Residency. Among the plays I want to work on at that time are my MTC/Sloan Commission, a play about the sport of boxing, a remix of a play I previously wrote, a new play that explores the intersection of technology in prison, and finally a new solo show that I feel is an informal sequel to Paletas de Coco about another battle against a different kind of monster in my life. I like to have many projects. It allows me to shift to other things when one grows a little stale or needs time to breathe without me trying to force the play out.

Paletas de Coco is available on-demand from November 15 at 6:00 P.M PST to November 25 at 11:59 P.M PST. For more information, visit the RE: Encuentro website. 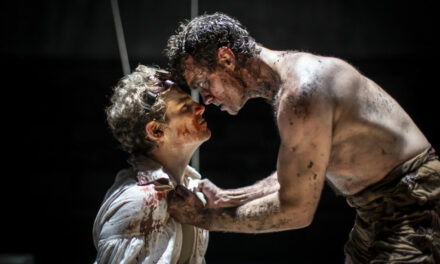