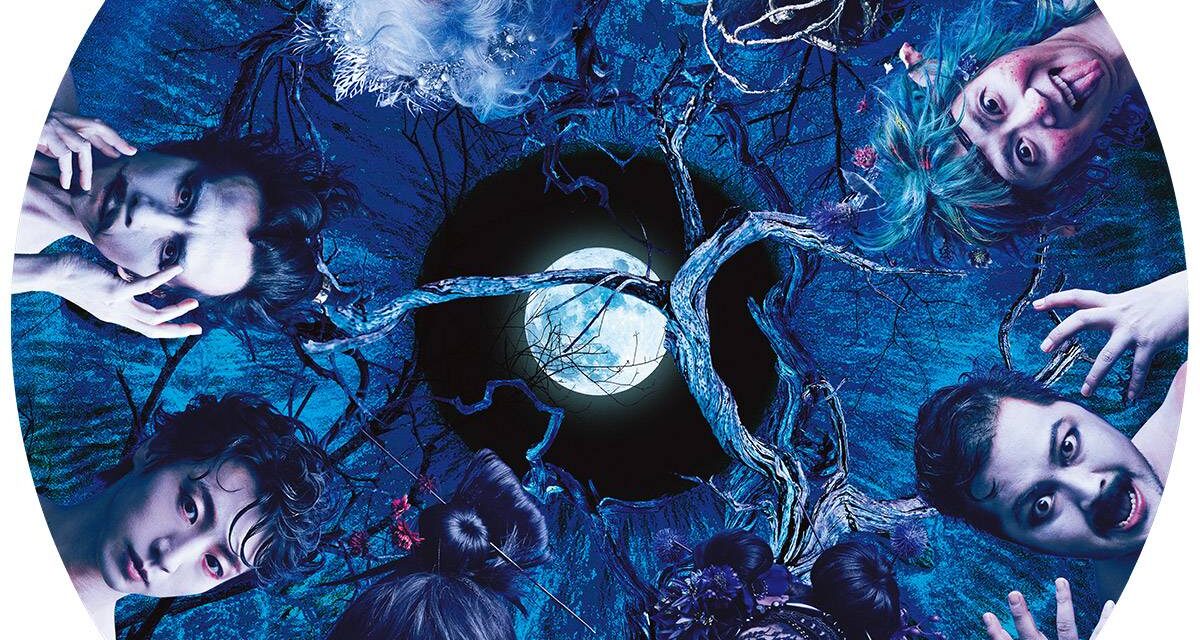 Lovers and madmen: Hideki Noda’s radical retelling of “A Midsummer Night’s Dream” is full of Japanese wordplay and references.

A Midsummer Night’s Dream has the makings of a fairy tale: a forest full of meddling fairies, magic potions that spark romantic fancies, a series of comedic errors and a happy ending. And yet, in the hands of Romanian theater director Silviu Purcarete, working off a radically reimagined script by playwright Hideki Noda, William Shakespeare’s comedy about disorder and hearts led astray takes on an altogether more disquieting tone.

It should be no surprise, though, as Purcarete is a veteran director who has been wowing audiences around the world for almost 40 years with his fantastical and often macabre stagings of classics. Those include Greek tragedies, works by Shakespeare, and a particularly inventive take on Goethe’s Faust with Romania’s Radu Stanca National Theatre in 2007. He has also directed several productions of A Midsummer Night’s Dream, including a renowned large-scale version with Russian actors at the 20th Gdansk Shakespeare Festival in Poland in 2016.

“It is very exciting because it’s a completely new way of seeing things,” Purcarete, 70, says of Noda’s work, which is set in modern Japan. “The plot starts like Shakespeare’s, but it develops differently. I could say it’s a completely new play, but it has some quotes from the original. However, Noda’s text is full of wordplay and very Japanese references — and obscenities that are specifically Japanese — and I can’t deal with all that at all.”

Instead, Purcarete decided to look at the universality of Noda’s version, which he interpreted as a “false fairy tale” that reveals the darker inner workings of the human soul.

“It’s not just a fairy tale for children with silliness and comedy,” he says. “There is something grim and murky that speaks about a human’s soul; adult places that are bizarre and mysterious.

“I think Noda’s play is very much influenced by Sigmund Freud and the world of psychiatry in the way it explores the subconscious. So we have the main character, Soboro, delivering insightful monologues exposing her dreams and fantasies, and sometimes very dark and odd ideas.”

Running from Oct. 15 to Nov. 1 at Tokyo Metropolitan Theatre (TMET) ahead of a nationwide tour, the play starts in a 130-year-old Japanese restaurant, which Tokitamago (Kie Kitano) is set to inherit from her father, on condition she marries the cook, Demi (Masaki Kaji).

However, Tokitamago is in love with a young man named Rai (Hiroshi Yazaki), and so they run off together to the forest at the foot of Mount Fuji, with Demi in pursuit. But Soboro (Anne Suzuki), who is in love with Demi, chases after the trio in hopes of winning the cook’s attention. In the process, however, she discovers dark aspects of herself.

When a demon named Mephistopheles (Tomohiko Imai) appears and steals the magical potion with which the fairy Puck (Toru Tezuka) was meant to bring the four together with their true loves, chaos ensues.

“In this version, there is no play within a play that forms the climax at the end of Shakespeare’s work,” Purcarete says. “Also, there is that very important extra character, Mephistopheles, who is not in the original but plays a key role here.”

To create this eerie world between reality and fantasy, Purcarete says his sets will be “something more like Akira Kurosawa’s 1970 movie ‘Dodes’ka-den’ about the lives of Tokyo slum-dwellers than ‘Alice’s Adventures in Wonderland.’ So it (doesn’t have) sparkling, Disney-like visuals.”

Noda’s radical adaptation of the classic play is not the only challenge Purcarete has had to contend with. Up until recently, it seemed as though travel restrictions due to the COVID-19 pandemic would force the director to prepare and rehearse the production over the internet from his home in Paris. However, Purcarete finally managed to make his way to Japan to rehearse with the cast in person, after completing a two-week quarantine at a Tokyo hotel.

“It is so difficult to work remotely in this way. In fact, it’s almost impossible,” he says. “You can do some kinds of work this way, but when you need organic contact with the actors, it’s very difficult.”

Purcarete had previously worked in Japan, delighting theater fans here with his productions with the Radu Stanca company in 2013 and 2015 at TMET — where Noda is artistic director. Then, in 2017, he staged an acclaimed version of Shakespeare’s Richard III there with an all-Japanese cast and Romanian set and costume designers and music composer.

“Because that Richard III collaboration was so special, I expected to have a great time again,” says Purcarete. “Instead, this new style of working through the internet is a real problem and extremely bizarre.

“I get inspired by the actors, so I always have a living relationship with them. I just have to propose what my vision is and they have to try to do it. But there isn’t any artistic dialogue this way; no artistic transmission. This is a very artificial way of making theater. If this is the future, then I think it’s better to stop doing theater.”

When asked about his thoughts on the future of theater itself, he firmly, but coolly replies, “I don’t think Zoom direction is really theater. For myself, it’s very simple because I am old enough to stop at any time. But it’s very sad and tragic for the younger generation.

“I don’t think theater can do so many things. I don’t think it can change humanity or human beings. It is a beautiful activity and its spirit is a form of poetry. But it addresses a few people, not many people. Its influence is like homeopathy as it works in very delicate and subtle ways.”

Of course, this mellow outlook on his art doesn’t detract from the director’s top priorities at hand. “Right now I need to finish creating this play,” he firmly concludes. “That’s what I want to do. That’s my sole purpose, and probably everyone else’s at TMET, too.”

This article originally appeared on TheJapanTimes.com  on October 14, 2020, and has been reposted with permission. To read the original article, click here. 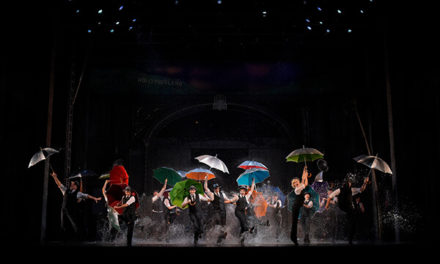