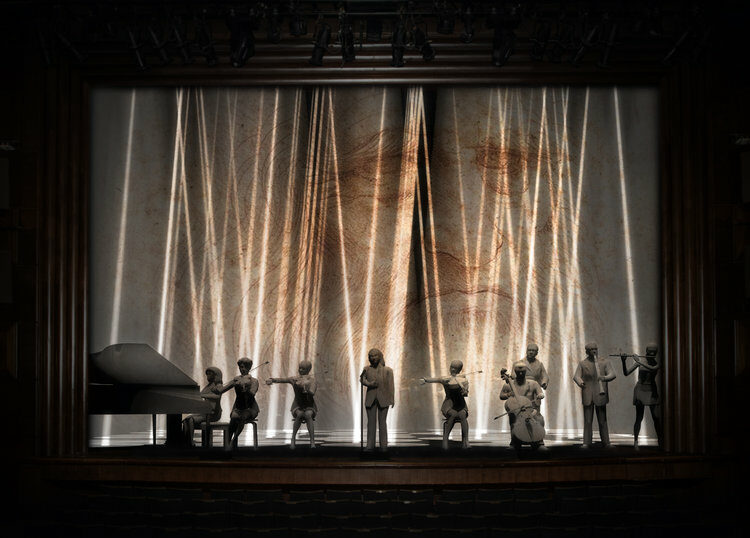 Production Designs are by Gabriel Calatrava.

To understand genius, though we are mere mortals, we try, eagerly, as if we are of his intellectual equal for being in the audience of a production called Leonardo.  People filled in to their seats one-by-one and leaned into the stage focused, while intolerant of their seat mate’s slight movement, they leaned in nevertheless…to not miss a thing.
So I went, to the premiere of Leonardo by Jonathan Berger, Stanford Music Professor, and Tyler Duncan, renowned Opera singer at 92 Y. 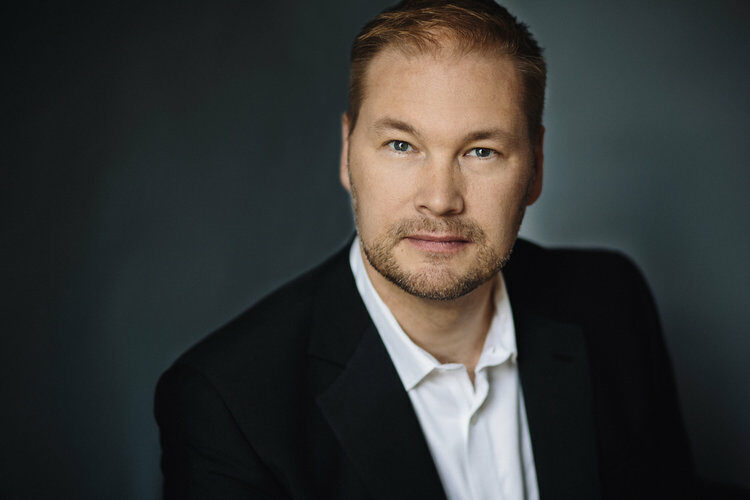 The curtain opened, the fog lifted.  Yes, I say to myself, it’s symbolic, a reflection of curiosity of a genius.  Then the light beams shined through the dark stage as if his eternal knowledge lights our days.
It literally was the only element beautifully done.  The light communicated the genius, curious soul of Leonardo.  Aside from that, it was all wrong.
The music was discorded and unspoken.  The operatic communication was sloppy and undisciplined.
Where was Leonardo?  I wanted to ask.
Where was this illegitimately born, suspicious of his fellow human (rightfully so I may add), aristocratic, solitary genius of a man named Leonardo?
I didn’t see him at this performance.
In this production, words were even force fed to the audience in their missed interpretation.
Supposedly a painter was asked “why are your children so ugly“ and he answered, “I paint by day and make baby by night” as to explain why children were painted ugly.
Where did soul of Leonardo go?
He had difficulty loving his fellow beings because he saw ugliness in his fellow man.  Their greed, arrogant conceit, blatant display of ignorance in humanity made him a cynic.
He painted as he saw them in their ugliness.
His soul that suffered was translated into a sloppy, shallow and one dimensional, formless shadow in this production.
Words that should mean something were thrown across the stage as a light beam, giving a glimpse of hope that, somehow, music or singer will communicate a genius who saw ugliness in his fellow human yet wanted to please, to serve them, who wrote he was never tired of serving, pleasing.  No, that did not happen.  What was shown was undisciplined sloppiness of the performance both operatically and in musical score.  An irresponsible splash of words across the stage lacked backbone, and arrogantly disrespectful to the meaning of word itself.
It is a miscast.
Was it intentional?  I was beginning to question this distastefully sloppy production ineptly named Leonardo.

A painter who knew more than any man on the earth, not only as a sculptor, painter, architect, and philosopher said, “Spirit is power added to body, furthermore, spirit desire to remain with body because without organs and flesh, it can’t see nor hear not a thing of this world.”  This production has no spirit nor organ nor flesh.
To quote Leonardo, “A day well spent makes for sound sleep, so life well spent brings happy death.”  If you want to sleep soundly tonight perhaps you may want to skip seeing this performance.
Instead, pour yourself a glass of wine, lovingly sketch your fellow man of his ugliness. 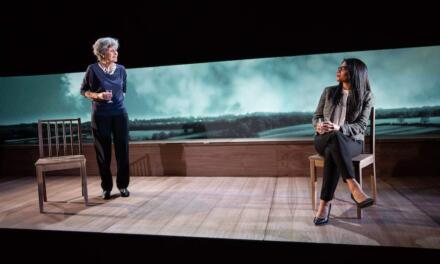