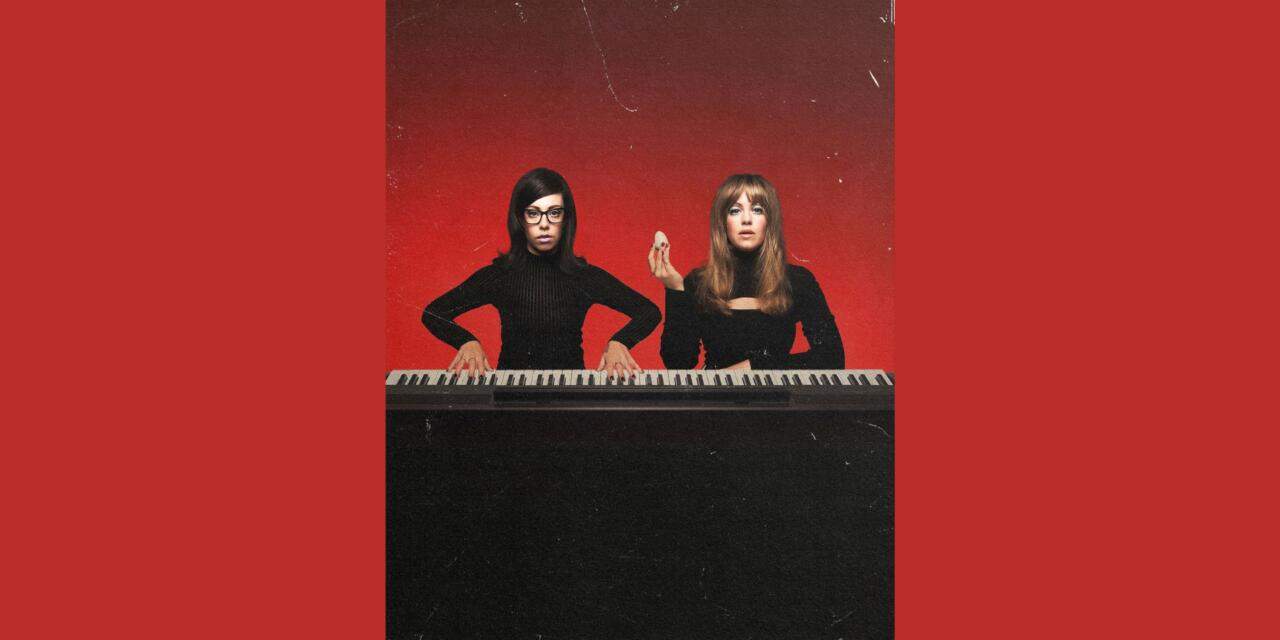 Here’s a few things to start with. Following my recent relocation from London to the Swedish equivalent of Oxford, this is my first encounter with the Lund Comedy Festival. The three-day event, taking place annually in September at the university city of Lund, is currently in its thirteenth year and featuring an incredible 92 performances, including several comedy slams and 6 acts performing in English. I was expecting the entirety of the Edinburgh Fringe squeezed into a student union bar at the end of the freshers’ week, but I was in for a surprise. And so were perhaps the British musical double act Flo & Joan!

As one of the few headliner acts, the sister performers were programmed into the Lund City Theatre on the Friday night. I spotted some fine dining and glasses of bubbly on the way in. The foyer was teeming with people, though the actual auditorium was only just comfortably filled out, and not quite to the brim. At around 35 euros per person, this was one of the more expensive thickets of the festival, and accordingly, the average age in the auditorium was around about 45.

I had not seen Flo & Joan before, but following their rise to fame in Canada and the UK some five years ago, they are the new regulars on British Saturday night TV. Deservedly too as their polished musical prowess and combined comedy skills easily place them right at the top of any comedy circuit.

Flo and Joan do not look alike and their personalities seem quite different too. One is tall, blonde and sparkly, the other delicate, dark-haired and deadpan. They are often asked – we are told at the start of the show – if they are real sisters, and this sort of ambiguity is never fully dispelled but hangs over most of the rest of their act too as we are regaled with stories that can seem both real and unbelievable all at the same time.

Their lineup is carefully crafted too. It starts with relatively prosaic numbers about haircutting choices, dating drama, family and friendship themes but gradually grows into fantasy, hyperbolae and grotesque in order to fully reveal the breadth of their talent and imagination. The early moments of the show are peppered with apparent loose ends and random motifs which recur and are woven back into the increasingly irreverent finale, giving it all a sense of coherent if somewhat quirky and chaotic contemplation. Dating difficulties lead to fantasies about extraterrestrial boyfriends and conventional femininity is expanded to embrace a full range of the monstrous and the mythical.

Particular hits with the Swedish audience included “I Drank Too Much” (and not only because of its fleeting tongue-in-cheek tribute to ABBA) and the faux-folk English song “Lady in the Woods“. The latter also includes the most inventive riffs on the recorder I have ever heard.

Flo and Joan – the double act consisting of sisters Nicola and Rosie Dempsey – is named after the pair’s grandma and her sister, and this intergenerational tribute to sisterhood is not entirely insignificant either. Flo & Joan follow in the footsteps of glorious female British musical comedians such as Victoria Wood, Fascinating Aida and possibly even further back to the far reaches of the English music hall, but at the same time they are a fresh, fun face of the Generation Y, and as their performance in Lund showed, still easily in touch with wider non-British demographics.

All that remains to be said is that with millennials like this, I am happy to grow old to quirky satire and perfect harmonies wherever I happen to be.