“La Traviata” at the Teatro Sociale in Rovigo 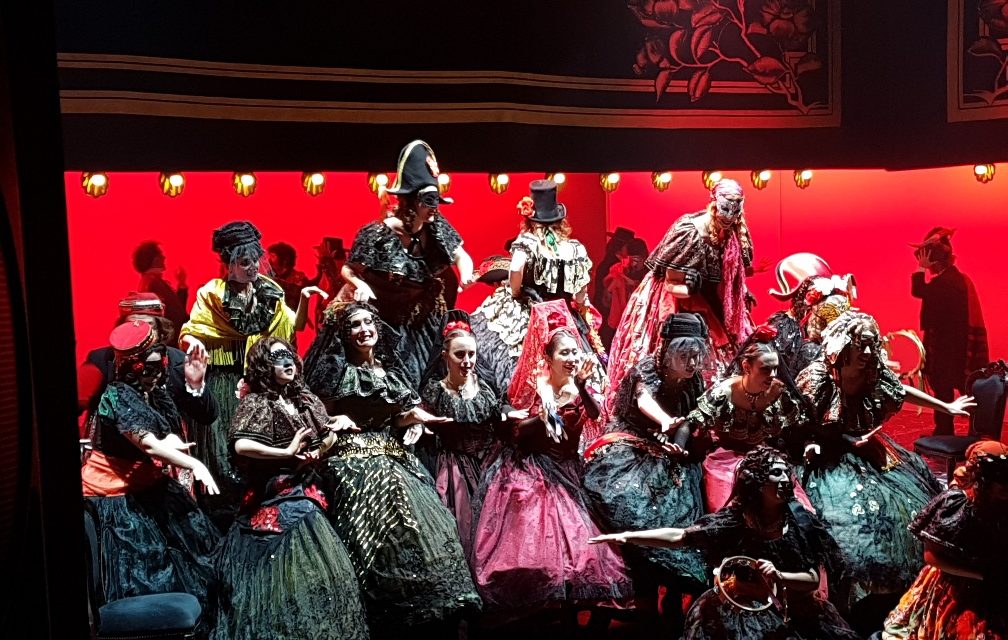 On February 18th, 2018, Giuseppe Verdi’s La Traviata was staged at the Teatro Sociale in Rovigo.  This Traviata is marvelous in all its parts, but particular attention should be paid to the direction of Alessio Pizzech, and to the sets and costumes of Davide Amadei. 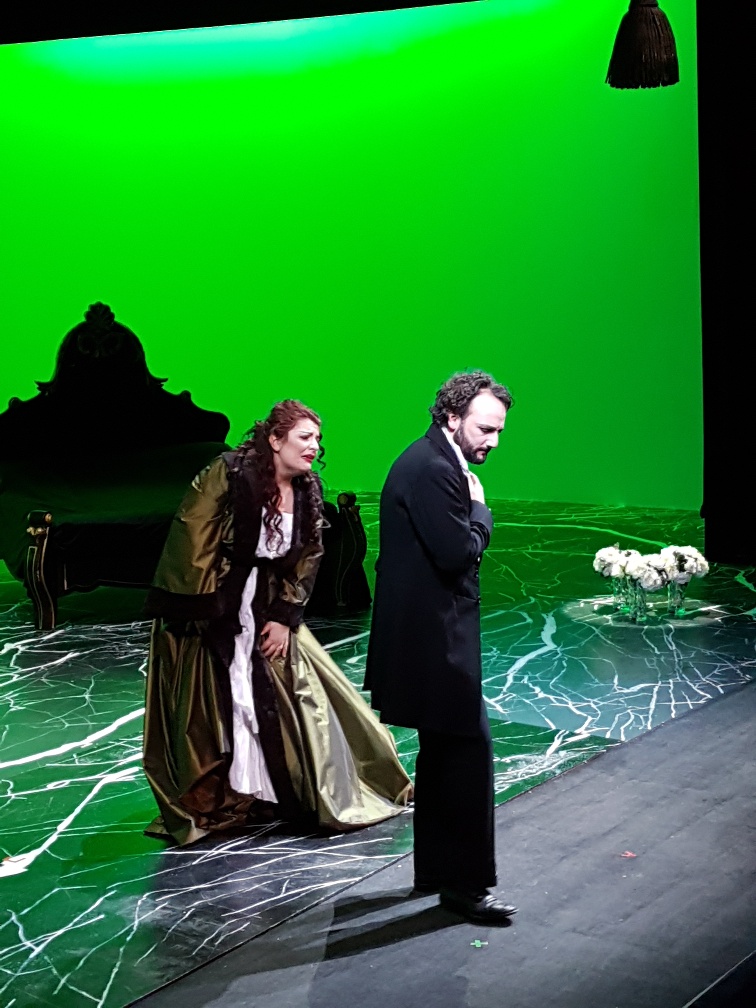 The director transformed the house of Violetta Valéry, and then Flora’s house, in two kinds of high-class brothels, where theme parties take place, and consequently, the clothing of the characters was rather irreverent.  While the audience was used to seeing the first scene of the Traviata in a luxury parlor frequented by high society, the men and women are in underwear.  In fact, all the dialogues and main scenes take place either on sofas or in bed.  Even the second scene is set all in the bedroom, even when Violetta receives Germont.  Paradoxically, the Fourth Act, Violetta’s deathbed is not there; it is replaced by a large wheelchair pushed by Annina, as if to symbolize that with the approach of death ends the season of eroticism and passion.  The second thing that can be observed is that, since the first scene, Violetta already appears visibly sick.  In fact, she is always spitting blood in the handkerchief.

Another director’s choice was to always leave Annina on stage, as a kind of witness to events.  This did not appear in the original version.  The scenes and costumes were very beautiful, inspired by the costumes of that era, as well as the masks of the bullfighters and gypsies of the Third Act.  Much importance was given to the set design: each Act was dominated by the presence of a color that characterizes both the costumes and the lights, while the colors of the scene are always based on black, starting from the black marble floor with white veins.  The color combinations of the scene changed during the acts; they were black and blue, then black and green, black and red in the Third Act, and black and purple at the end.

There was good evidence of the singers, both protagonists and supporting actors.  The interpretation of Gilda Fiume (portraying Violetta Valéry) was particularly intense, and the vocal technique and expression were appreciated.  From the beginning, she showed great mastery in the execution of extraordinary “filati.”  The tenor was very good and appreciated, like Germont; there were excellent performances of young singers, who will surely have a very long career.  Performances from the orchestra and the conductor were also good.  It was a perfect interpretation of a classic of Italian opera. 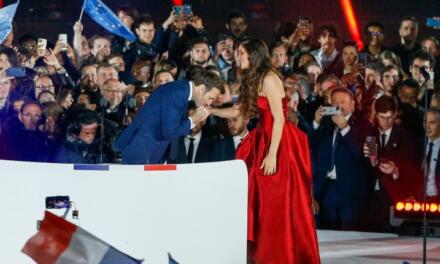