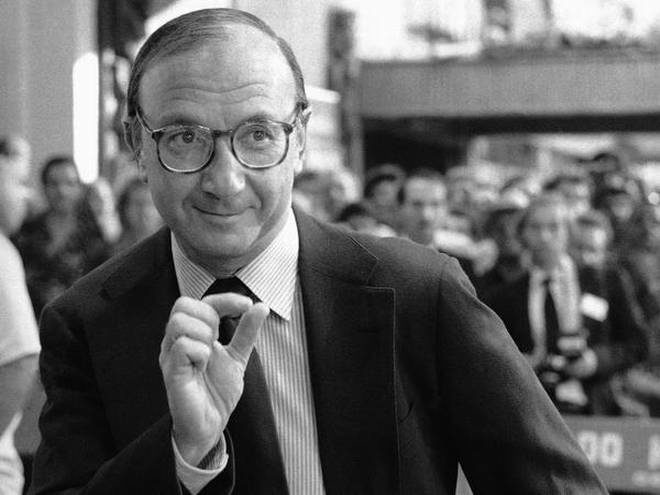 While tributes to the American screenwriter and playwright Neil Simon, who passed away at the age of 91, have focused, quite rightly, on his star-spangled career on the Broadway stage, it is important to note that his influence extended across India, one of the true bastions of English theatre outside the Western world.

Not as heavy-duty as the dramatic works of Arthur Miller or Tennessee Williams, the other popular American playwrights hereabouts, Simon’s entertaining plays were nonetheless accessible and universal and easily transferable to local cultural contexts–sometimes merely by the assumption of Indian names by characters in the cast. But often, the original writing would be tempered with or Indianised, and many plays were translated into local languages like Hindi or Gujarati.

The Indian adaptations rode on the big banner name of the playwright, but sometimes they made do with just his tried-and-tested narratives, sans attribution. The absence of effective mechanisms for copyright litigation, or indeed the insularity of the Indian theatre scene allowed several of Simon’s comedies to be performed many times over in the subcontinent, with many a theatre company boasting (if often surreptitiously so) of a Neil Simon play—either faithful to the original, or bowdlerized, or mangled beyond recognition—in its repertoire. In his memoirs, Simon wrote of signing away the rights to Barefoot In The Park, “They’re still doing it today in Japan and Russia and Germany and India. I never received a penny in royalties. And I never will.”

It usually takes time for a writer’s fame to reach foreign shores, but by the 1970s itself, just a decade into his own celebrity, Simon was already being staged prolifically in India. In a 1976 interview with consular publication Span, Alyque Padamsee is quoted, “Oh, Simon! Neil Simon’s been done and done and done. I think Adi Marzban has done at least a dozen of Simon’s plays.”

At the time, Padamsee had himself directed a Gujarati Parsi version of Come Blow Your Horn, the coming of age tale that was Simon’s first Broadway play. First staged in 1961, writing it took three years and 20 re-writes and helped wean Simon away from his day job writing for television. For Padamsee, it was the fact that Simon wrote about “family situations,” thanks to his Jewish background, that allowed his plays to “go over well” with Indian audiences.

One of Simon’s most enduring works is The Odd Couple, in which a man thrown out by his wife moves in with his best friend and great hilarity ensues. Although more inclined towards what he terms “serious theatre” in his memoirs And Then One Day, Naseeruddin Shah turned to the popular play in a move to garner better box-office receipts, putting it together in the make-up room while shooting for Gulzar’s Mirza Ghalib, circa 1988. However, audiences weren’t tickled enough to ensure a good run. Shah writes, “The headache of organizing and dealing with the real props in The Odd Couple made me resolve never ever again to try anything naturalistic onstage.”

Around the same time, Burjor Patel’s production of They’re Playing Our Song tried to similarly recreate a Broadway-style mise en scène, leading to long transitions between scenes. “We did not realize our small stages were not suitable for so many changes. This affected the run of a really beautiful play,” Patel wrote in his column.

Patel’s Ek Sapnu Badu Shaitani in Gujarati was based on Simon’s I Ought To Be In Pictures, and his daughter, Shernaz, played the wide-eyed ingénue in the English version, which was Rage Theatre’s sophomore project in 1994. Pooja Bhatt made her stage debut in a Hindi adaptation of the same play later in the decade. However, by the mid-1990s theatre-makers like Mahesh Dattani were beginning to feel jaded with standard issue Simon productions. The alienating productions Dattani helmed were part of the impetus that pushed him towards writing fresh material, which heralded in a new era of original Indian writing in English for the stage.

Of course, even to this day, plays by Simon still light up the marquee with productions like Rage’s The Siddhus Of Upper Juhu in Hinglish, based on The Prisoner Of Second Avenue; Atelier Theatre’s Khusar Phusar, a Hindi adaptation of Rumours; Nadira Babbar’s Murkhapoor, that has been inspired by Fool; or Saurabh Shukla’s Red Hot, based on Last of the Red Hot Lovers. Knowing the pulse of his audience served Simon well in more quarters than he might have cared to know.

This article originally appeared in The Hindu on August 28, 2018, and has been reposted with permission. 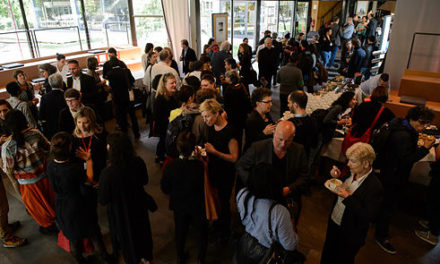 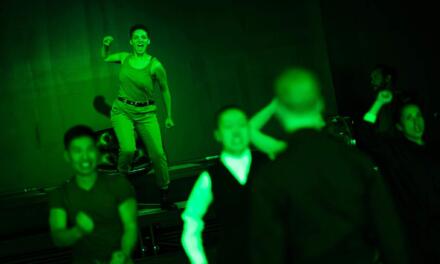