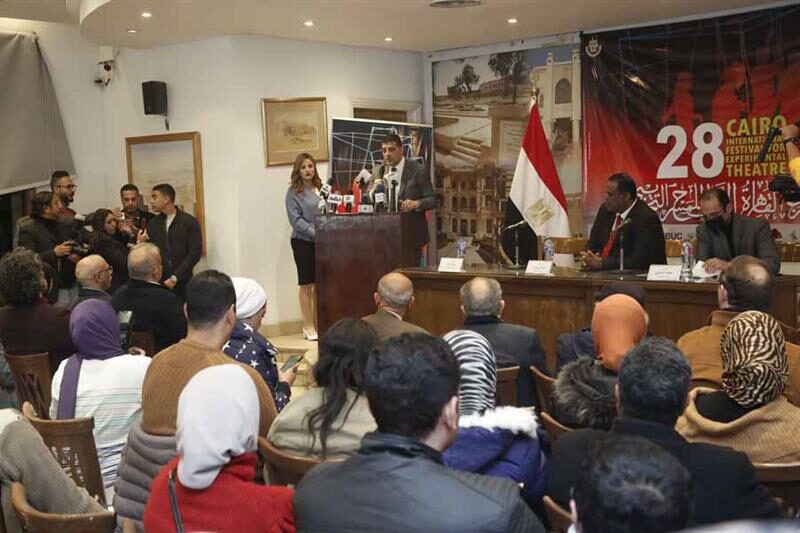 The 28th edition of the Cairo International Festival for Experimental Theater (CIFET) takes place between 14 and 19 December, offering 14 plays in its main competition, in addition to workshops, seminars and a scenography exhibition.

The festival usually takes place on the first 10 days of September, but this year it was rescheduled to be in December due to restrictions imposed by the Covid-19 pandemic. Also, the new date was set in order to avoid any conflict with the Carthage Theatre Days (Carthage Journées théâtrales de Carthage), which this year take place between 4 and 12 December.

CIFET’s president, Gamal Yakout, revealed, however, that the festival’s upcoming edition will return to its regular time of the year, in September 2022.

The 28th edition is presided over by Yakout, with artistic directors being Mohamed Abdel-Rahman El-Shafei and Saeed Kabeel. It bears the name of Fawzy Fahmy, a late renowned Egyptian theatre academician, who for many years served as president of the Cairo’s Academy of Theatrical Arts and also headed the festival’s many editions in the 1990s. Fahmy, who has been the event’s honorary president in its 27th edition (2020), passed away in October.

The festival’s history goes back to 1988, when its first edition was launched by then culture minister Farouk Hosny aiming to place Egypt on the regional theatrical map showcasing local creative movement and fostering exchanges with the international scene.

Running annually, the festival’s continuity was interrupted by the January 2011 Revolution and the many changes that took place in Egypt’s artistic scene in the following years. After a five-year hiatus, the festival returned in 2016 with its 23rd edition and a new name: the Cairo International Festival for Contemporary and Experimental Theatre (CIFCET).

Also, the festival’s competitive character, which characterized the event between 1988 and 2010, was been removed after its return in 2016, before it was reinstated by its president Alaa Abdel-Aziz during the 27th edition which due to the pandemic, was limited to local live performances and international online plays. Equally, one of Abdel Aziz’s fundamental decisions was bringing back the festival’s original name — the Cairo International Festival for Experimental Theatre — which it had held since its founding in 1988 until 2010.

As revealed by the Yakout, a total of 285 performances – 118 from Egypt and 167 from international troupes – have been submitted to the festival this year. The committee has chosen 14 international performances to take part in the competition, including two from Egypt, to be performed across Cairo stages.

Apart from the performances, the CIFET organizes a series of workshops, which will allow the attendees to develop different aspects of acting and directing, touching on experimentation in theatre, building of a character, expression, presence, improvisation, memory, narration, soul and body, imagination, among others. The workshops will be led by international theatre practitioners, including Mihaela Mihut, Cyrine Gannoun, Gardi Hutter, John Freeman, Alexandre Janas, Lina Khoury, Daniel Arbaczewski, Evdokimos Tsolakidis, Danilo Cremonti, among others.

The festival will also hold an International Exhibition of Experimental Theatre Designs presenting over 50 works ranging from scenography, costumes, light, etc. Headed by Egyptian scenographer Hazem Shebl, the exhibition will showcase designs from 19 countries from the Arab region, Africa, Asia, Europe and the United States. The exhibition will be held at Adam Henein Hall at Hanager Theatre.

The CIFET’s intellectual axis includes a number of seminars alongside publications tackling the theatrical movement in Egypt and the region. They will be presented during the festival’s days.

This article was originally published by Ahram Online on December 12, 2021, and has been reposted with permission. To read the original article, click here.