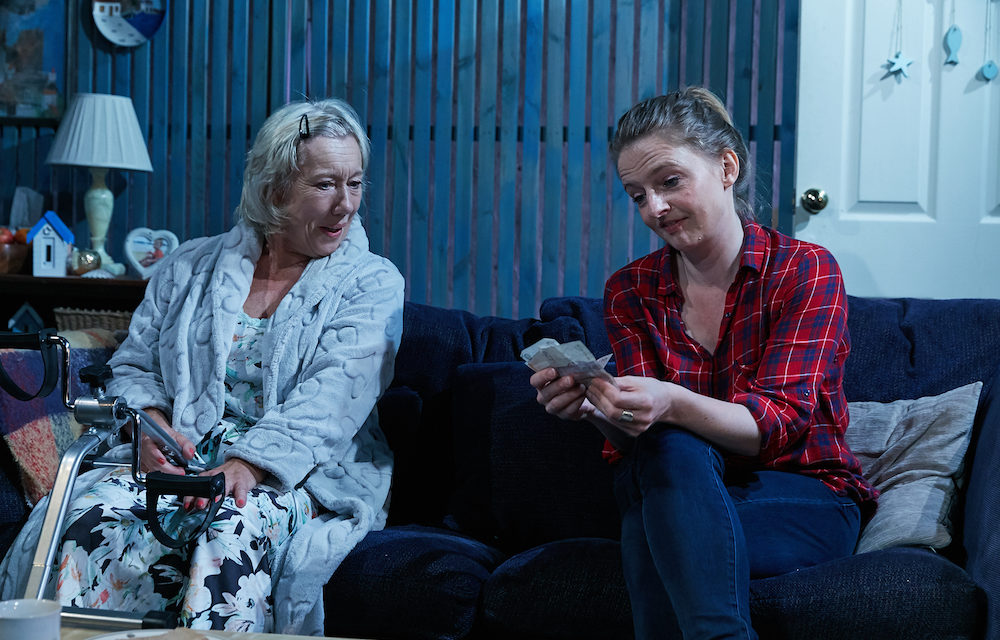 Tricia Kelly and Judith Amsenga in "Caterpillar." Photo: The Other Richard

Theatre 503 is a small underfunded fringe venue, but it’s one of the most important nurseries of new writing in the country. Under its current artistic director Lisa Spirling and literary manager Steve Harper, it has continued to nurture and support a whole group of young writers, the latest of whom is Alison Carr, whose Caterpillar was a finalist in the theatre’s Playwriting Award, and which now gets an excellent staging and will later tour to the Stephen Joseph Theatre in Scarborough. Like all of Theatre 503’s work, the standards of writing, directing, design, and acting are uniformly very high. Most of all, however, this is a great story brilliantly told.

Set in a northern seaside town, over a weekend during the month of July, the play begins with Claire, a woman in her mid-30s, describing an exhilarating moment, how it feels to launch yourself off a pier and feel suspended in the air—jumping into the void. She’s back here in her hometown visiting her mother, Maeve, who runs the guesthouse that Claire grew up in. But, despite the summer season, the place is closed and there are no guests: Maeve has suffered a stroke and is quietly trying to recover, especially the use of her left arm. Into this domestic mother and daughter situation barges Simon, early 20s, the classic unexpected guest.

Arriving at this B&B very late at night, Simon is desperate for a place to sleep. It emerges that he has not received the email canceling his booking, and he is determined to stay overnight because the following day is the town’s big event: the annual Birdman competition in which contestants, some dressed in silly costumes and others with assorted flying gear—gliders and wings—in an attempt to fly as far as possible. These avid aviators are a fascinating phenomenon and recognizably British in their eccentricity and dedication to a hobby. But Simon is not one of their numbers. No, he is an amateur who has promised his girlfriend, Emmie, that he would take part. And, since this was just before she died of cancer, he feels that he has a duty to do it as a tribute to her memory. It is also a test of his own competence and daring. Masculinity was ever thus.

But Simon is not the only one to have a problem. Although the 60-something Maeve is glad of her daughter’s help, all is not right with Claire. She has left her husband Jamie and her small son Callum, ostensibly to look after her mother for a few days, but she seems very unwilling to go back home, even though it’s the day of Callum’s birthday party, where the cake is the shape and color suggested by the play’s title. Something is clearly not okay with her. Carr confidently and convincingly links Claire’s mental distress to her mother’s behavior and then twists the psychological knife by very gradually revealing the toxicity of the interaction between the two.

In fact, the really impressive thing about Carr’s writing is the way she deftly shows how each of her characters—Maeve, Claire, and Simon—are living a lie. Each of them is putting up a false front, pretending to be what they are not. And the joy of the playwriting is that the truth is revealed to the audience at exactly the same time as the characters understand what is really happening. At the center is Claire, who initially appears to be confident and feisty, although the danger signs of excessive drinking are there from the start as we see her sleeping off the effects of not one, but two bottles of red wine. The color of the drink symbolizes the blood that later appears, just as Simon’s damaged glider—which Claire tries to help him mend—is a great visual image of his own already tattered life.

The psychological intensity of the show gradually builds into a sharp picture of emotional damage, thwarted love and family dysfunction. Carr beautifully articulates the confusion and pain of women who find that they are not natural mothers, and her writing is brilliantly colloquial, sometimes tender, often brutal, and always emotionally truthful. She includes poetic moments and laugh-out-loud ones, along with a sense of melancholy and despair. But as well as self-harm there are small gestures of grace. We really begin to feel for Maeve, Claire, and Simon. By the end of the story, one of the characters is dead, but we are constantly kept guessing who it will be. All three are under threat, yet there’s a genuine feeling of enigma and ambiguity in this wonderful piece of new writing.

The full claustrophobia of Maeve’s boarding house living room comes across well in Yasmeen Arden’s engrossing production, while Holly Pigott’s detailed design doubles up well for a couple of outdoor scenes. Judith Amsenga delves deep into Claire’s febrile and unsettling mix of anger, aggression, and sudden moments of warmth as she tries to connect with Simon, played by Alan Mahon with enormous youthful charm and appeal. Likewise, Tricia Kelly’s Maeve is completely convincing as the injured working mother who can be both warmly hospitable and bitingly witty. This is an excellent piece of perceptive storytelling then neatly balances the hopes of damaged people with the cruelties that they are capable of.

Caterpillar is at Theatre 503 until September 22.

This article first appeared in Aleks Sierz on September 7, 2018, and has been reposted with permission. 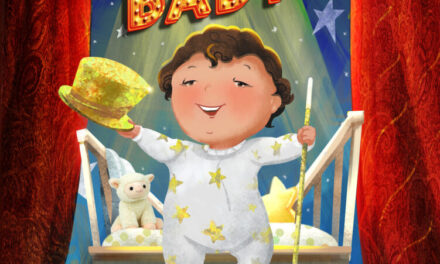