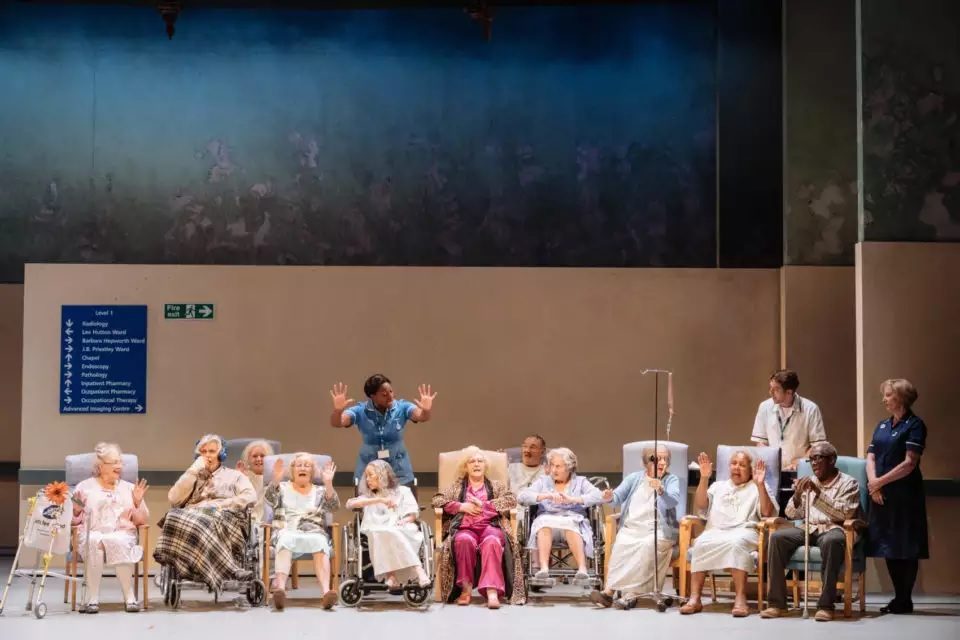 Alan Bennett’s new play "Allelujah!" is set in a hospital that is threatened with closure. Photo: Manuel Harlan

Here’s a chorus line with a difference: the geriatric ward of an under-threat Yorkshire hospital, shouting hallelujah, come on, get happy, while shuffling cheerfully in their slippers.

Alan Bennett’s new play is shot through with his usual humor, although it frequently veers towards the gallows–or the morgue at least. Nicholas Hytner’s taken the 84-year-old playwright with him to the Bridge, and the marriage is as happy as ever: this is smoothly staged, beautifully observed.

Twelve mature actors, playing patients encouraged to form a ward choir, frequently totter into song-and-dance numbers, including a round of Good Morning that swaps Singin’ in the Rain’s cagoules for scrubs. But there’s also a pitch-black plot twist, and a sharp injection of cynicism at the way our health service is being deliberately run into the ground.

We’re in Bethlehem Hospital–“a cozy, friendly, and above all, local” institution, as its self-promoting chairman insists on strenuously branding it. There may be a chronic shortage of beds, but it’s still somehow considered a success. 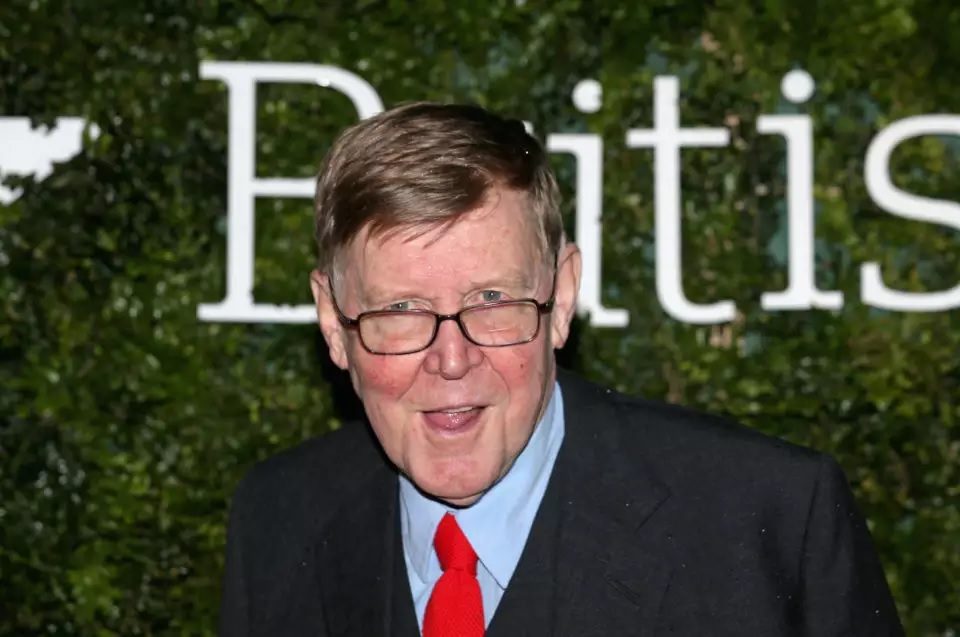 Alan Bennett has teamed up with Nicholas Hytner and some of the original History Boys cast on Allelujah! Photo: Chris Jackson/Getty Images)

In fact, by appearing to meet targets, it’s actually a liability, explains a slick young management consultant (Samuel Barnett), up from London.

“If it’s profitable, why is it not in the private sector?” he asks, before suggesting that the state should not be seen to work–or we’ll never be able to get rid of it.

In fact, he’s up to visit his father Joe (Jeff Rawle, excellently entertaining), a cantankerous former miner with chest problems, who can’t fathom who his son has become.

In truth, the character does stretch credulity: he may have reacted against his parents’ lefty politics, and as a young gay man against the narrow-mindedness of his small-town upbringing, but his gleeful desire to shut down hospitals can come across as a bit too panto villain. 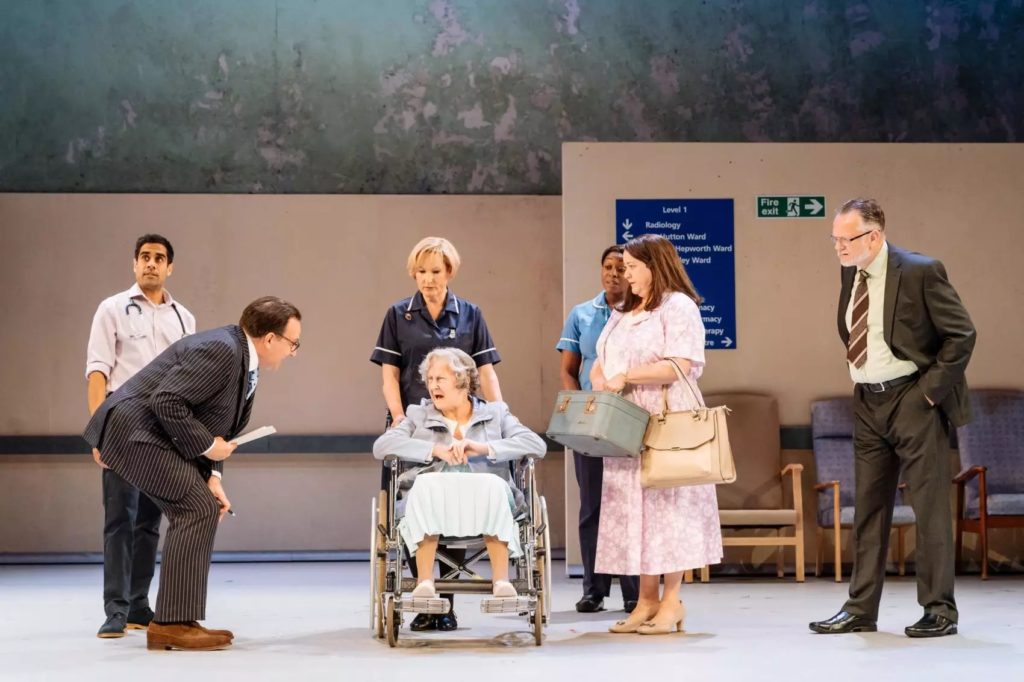 Add to the mix a young immigrant doctor (the appealing Sacha Dhawan) who is deemed too touchy-feely, and a local film crew–improbably well-resourced and hoping to uncover a scandal–and the stage is set for a hospital drama that crams in plenty of plot while also taking the pulse of the nation.

Allelujah! shows how a crisis in social care has resulted in geriatric wards becoming, well, an end game for elderly patients. What kind of life is this?

The answer to that depends on whether you take the approach of the caring young Nurse Pinkney (a warm Nicola Hughes), who organizes sing-songs and birthday parties, or the old-fashioned, brisk Sister Gilchrist (Deborah Findlay–absolutely superb), who sees these stuck patients as a burden on the NHS, and as having no quality of life anymore. They’d be better off dead, she suggests.

In fact, the patients are still of full spirit, and a hoot, whether delivering senile non-sequiturs or idly reminiscing about their sex lives. There’s no flinching from the unlovely realities of geriatric care, either; piss and shit are cheerily, endlessly discussed: “I’ve got an arse like a sauce bottle top,” one complains.

Bennett’s neatly plotted play may convulse with implausible rapidity, and there are some rather on-the-nose political salvos, but there’s also much to enjoy. Not least those OAP hoofers.

This article originally appeared in Inews on July 19, 2018, and has been reposted with permission. 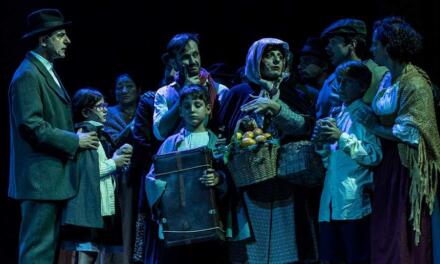 “Viviani on the Road”: The Third Part of the Special Project, Trianon Viviani Theatre in Naples