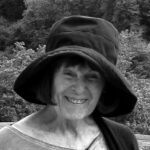 Dr. Baldwin studied theatre with a specialization in acting at Boston University and the Boston Conservatory. After spending several years in Paris where she worked as an actress and dubbed films, she returned to Boston where she acted and earned a Master’s Degree in French at Boston College and taught French. She studied theatre at Tufts University and received a Ph.D. after which she taught theatre at the Boston Conservatory. Dr. Baldwin adapted her dissertation on the French director and teacher Michel Saint-Denis into a book entitled Michel Saint-Denis and the Shaping of the Modern Actor. The book aroused a lot of interest in Saint-Denis particularly in England where he spent most of his career and the United States and Canada where he set up theatre schools (Juilliard in New York and the National Theatre School of Canada in Montreal) and she has continued to write chapters on his importance and influence. She has also published articles and chapters on the Canadian actor/director Jean Gascon, the Russian director, teacher, and theorist Vsevolod Meyerhold as well as the French actress and legendary teacher Suzanne Bing. Dr. Baldwin began critiquing ten years ago for Capital Critics Circle and has 138 play reviews to her credit.  (http://capitalcriticscircle.com)