“The White Card”: An Attempt To Communicate 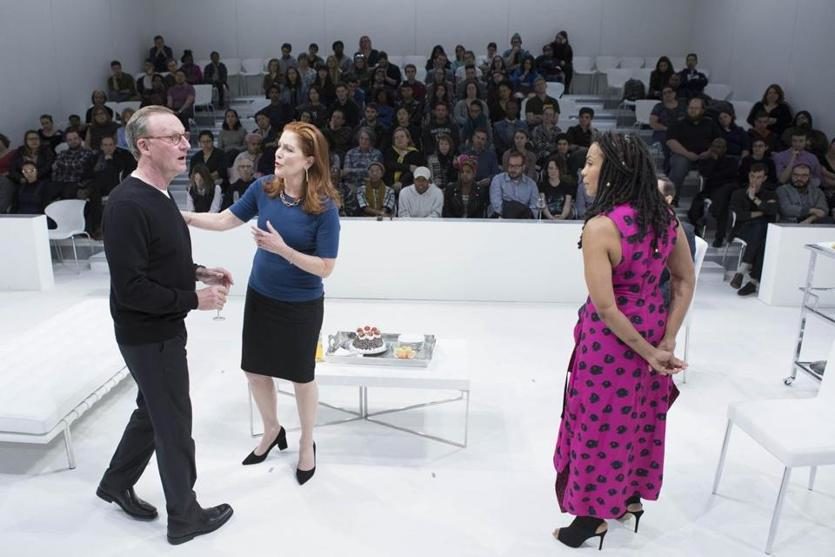 The White Card, Claudia Rankine’s play on racism is having its world premiere at Boston’s Paramount Theatre as a co-production with Cambridge’s American Repertory Theatre. Rankine, a celebrated modernist poet, created the drama to bring the ideas of her prize-winning Citizen, An American Lyric to a medium where dialogue is most often the means of communication.

As is frequently the case in plays that involve disagreement between characters, a dinner party plays a prominent role in The White Card. At the opening of this two scene piece, Virginia (Patricia Kalember) and Charles (Daniel Gerroll), a wealthy white middle-aged married couple who live in a luxurious New York apartment, are talking with Eric (Jim Poulos), a white art agent as they await Charlotte, an African American artist. Charles and Virginia want to purchase one of Charlotte’s works.

Virginia is also watching a video of a tennis match between Serena and Venus Williams. Conversation wanders and the three criticize racial slurs made about the African-American tennis players. Virginia and particularly Charles regard themselves as enlightened people devoid of prejudice. Their art collection consists of works by African-American photographers. Charles claims that he has spent his life fighting racism.

Charlotte (Karen Pittman) enters and the party begins with Charles boasting about the burgundy he serves. The arrival of Alex (Colton Ryan) Virginia and Charles’ son, a somewhat unkempt activist who supports Black Lives Matter, appears to be a device to reveal his parents’ secrets. We discover, for example, that Charles has invested money in a private prison. The evening ends with Charlotte’s refusal to sell Charles the photograph he craves.

Scene two which takes place a year later between Charlotte and Charles at the artist’s studio is far more interesting and less talky. Charles is still upset by her decision to donate her work to a Harlem museum rather than sell it to him. He also accuses Charlotte of having followed and photographed him without permission. The last few minutes in which neither character speaks are the highlight of the play.

Karen Pittman gave the strongest performance of the company. Daniel Gerroll improved greatly in the second scene. Colton Ryan was believable as the son.

Diane Paulus, the Artistic Director of the American Repertory Theater, directed The White Card. Inside the theatre named for Robert Orchard, a new stage was built; risers replaced the usual seating, and temporary walls were put in to lessen the size of the area. Everything was painted bright white. Audience members looked across the stage at other audience members watching the show, a clever directorial touch. The experience was also reminiscent of being at a tennis match, particularly since the play began with the sound of a tennis racket hitting a ball. For those in the audience who had read Citizen, An American Lyric the moment was more meaningful since a section of the book is devoted to Serena Williams.

Although the questions posed by Rankine’s work are valid and essential, the play is weak because the characters are undeveloped. If one of the main points of The White Card is to have white people examine their privilege, then why create Charles, a character that few would identify with–a faux liberal with an immense fortune some of which came from the suffering of others?

The play is followed by a twenty minute “facilitated discussion” which differs from a talkback in that audience members break up into small groups and use material developed for the occasion, often gently guided by someone who had been trained to do so. When I attended, a number of participants talked openly to the remaining audience members about discoveries they had made during the play and/or the discussion.

This article originally appeared in Capital Critics’ Circle on March 5, 2018, and has been reposted with permission. 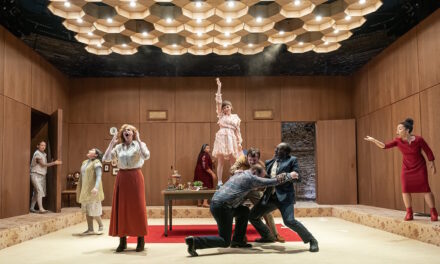 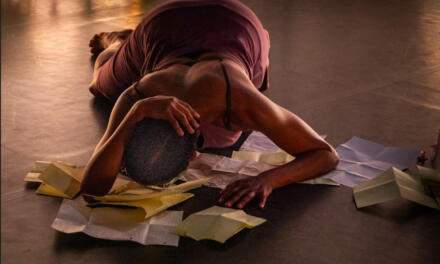