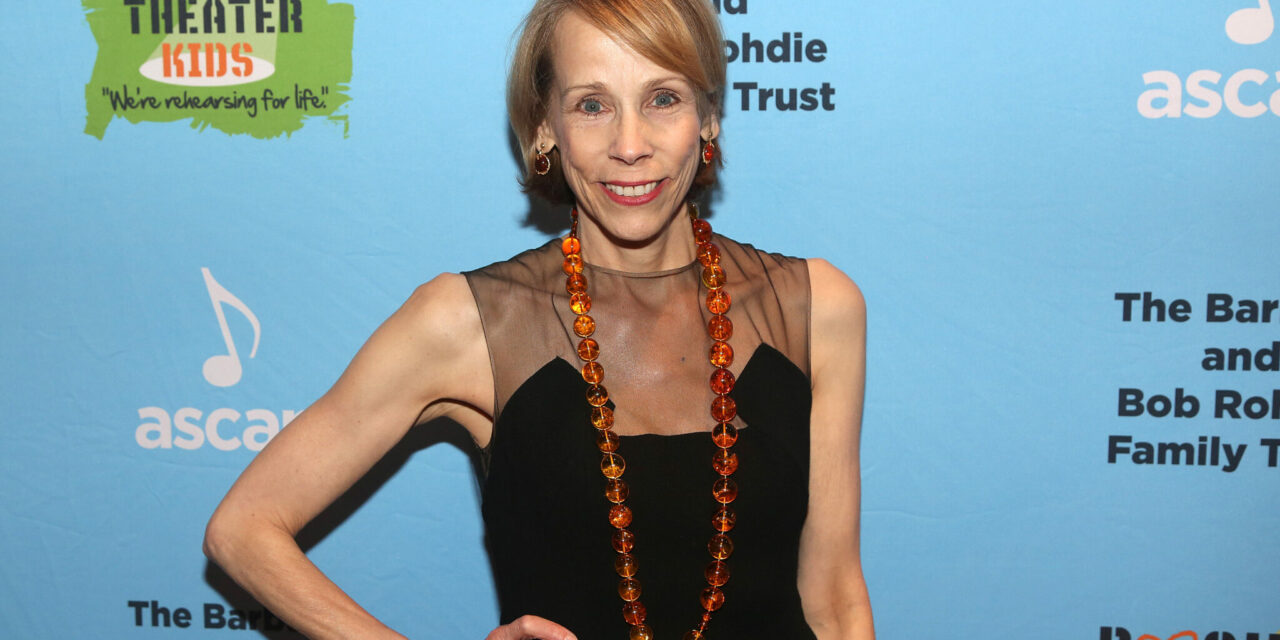 There are angels in New York City who are teaching the arts to kids, and Lori Klinger is one of them. She co-founded Rosie’s Theater Kids (RTKids) in 2003 with the help and support of Rosie O’Donnell, who she had met by chance. It was a meeting that changed her life. The organization has changed the lives of thousands of kids who love the arts and may not have otherwise known how to pursue their chosen field.

Every day since the organization started in 2003, Lori has worked to develop and implement innovative musical theater programs for New York City public school students. Under her leadership, the program has grown to over 2,000 students per year and in 2009 established a permanent home with the opening of Maravel Arts Center on West 45th Street. RTKids has received many accolades along the way. In the fall of 2016, RTKids students were invited to perform in the East Room of the White House. Also, their ACTE II program was awarded the National Arts and Humanities Youth Program award for excellence in after-school programs, presented by First Lady Michelle Obama.

I was fortunate to visit RTKids recently and experienced a night of music and dance by a few of the alumni and current RTKids students. Rosie was sitting a few seats away, proudly watching her ‘kids’ perform. It was clear to me, and everyone in the room, that the program is indeed a labor of love for all involved. Board members also sat proudly, watching the students perform and talk celebrating their roots.

Lori and I caught up by phone recently to talk more about RTKids, the work they have done, and the work they still have yet to do. Here are snippets of that conversation, which has been condensed and edited.

Holly: Tell me more about your background and how you came to Rosie’s Theater Kids.

Lori: I grew up with the arts as a part of my life. Mostly I came to it through ballet. My mother had a ballet school in Ohio. I always knew that once I finished dancing, I would work teaching and educating. I later went to North Carolina School of the Arts for high school and college. When I came to New York, I danced with the Eglevsky Ballet. Then I started teaching at all of the studios around town, including The Melissa Hayden Studio, STEPS Studio, and Broadway Dance Center. I was also working with an educational organization teaching dance to public school kids.

When I danced with the Eglevsky Ballet, we would tour The Nutcracker. One of the places we visited was Baton Rouge, and some local kids were part of the production. It was there that I met the Carpenter family – Kelli Carpenter and her sister and her mom, Melanie. She met Rosie, and they were together for seven or eight years.

That was my introduction to Rosie. We were sitting around a kitchen table, and she told me she liked two things: kids and musical theater. She asked me to put something together. I was sure I could! It started as a small idea and grew. I had been mentally collecting people who I thought would be great in this — people I had met along my journey who were committed, passionate, knowledgeable, and generous. We brought these people together, and that is why we are so successful. The artists and teachers who work here are top-notch.

Holly: Since then, you have introduced dance to over 65,000 youths at RTKids?

Lori: Those are people that have seen our kids before, schools, and audiences. The hands-on teaching is over 20,000 students, those who have benefitted directly. The other thousands have seen our work and have spoken to us.

Holly: How involved is Rosie today?

Lori: I love to say that she is appropriately involved. She’s there when I need her. I love that she trusts enough to leave the day to day to us. The greatest gift Rosie gave to our organization was to let those of us who started it start it on our strengths. We built a program we were strong at, and now it is so strong we can add anything. If we want the kids to add a scene or write a play, we can do that. It’s an excellent foundation she gave us, in addition to all the money. Holly: How do you find these kids?

Lori: We have a program called P.S. Broadway in the NY public schools, which are mostly Title 1. We teach every 5th grader in the schools this program. Out of those 5th graders, we choose kids to come here to the building for an effort-based audition. Those kids are selected for a summer program and continue starting in 6th grade. For the first three years, they are doing everything as a group. We have a program called RISE, which stands for Readiness Intensive for Secondary Education. It helps them prepare for high school interviews. About 98% place either into art schools or selected or tested schools. We do an excellent job with that. It’s around this time that kids start to identify their talent, and little by little, if they want to major in something in college, we help them work towards it.

Holly: Do you help them go beyond high school?

Lori: We have a college-prep program. We have S.A.T. prep, college admissions help, and a scholarship fund. We have given away $1 million for college funding in the past five years. When we talk about higher education, we encourage them to go to college and study whatever they are interested in, not just musical theater.

Holly: Do you keep in touch with them post-high school?

Lori: Sometimes they leave and are kind of irritable, as it happens because they’re confused about life. They come back when they are ready. I always know that. Some are just more able to thank you than others. However, they feel when they walk out the door is fine, but we know they appreciate it.

Holly: Has the theater community embraced your mission?

Lori: The performers themselves have embraced it. They come to share their skills. But we don’t get many free tickets, particularly for 5th graders. It’s also hard because there are no matinees on Wednesday this year. They’re all on Saturday and Sunday. We found The Lightning Thief, but there is nothing until the spring. There are a few Disney things, but they are costly.

Holly: Can you touch on the current climate with NEA  (National Endowment of the Arts) and how it is impacting your organization?

Lori: Every year it goes down such a small percentage, little by little.

Holly: What are your plans for the future of RTKids?

Lori: The alumni are the future. Our kids need to go live in the world and have a life. But in ten years, I think they will come back and take their place here. We also have to further diversify as teaching staff. I think it’s an important part of our future.

Passing It On is scheduled for Sunday, March 29 at 7:00 pm. It will be at The Kaye Playhouse again, followed by a reception around the corner at the Harold Pratt House.