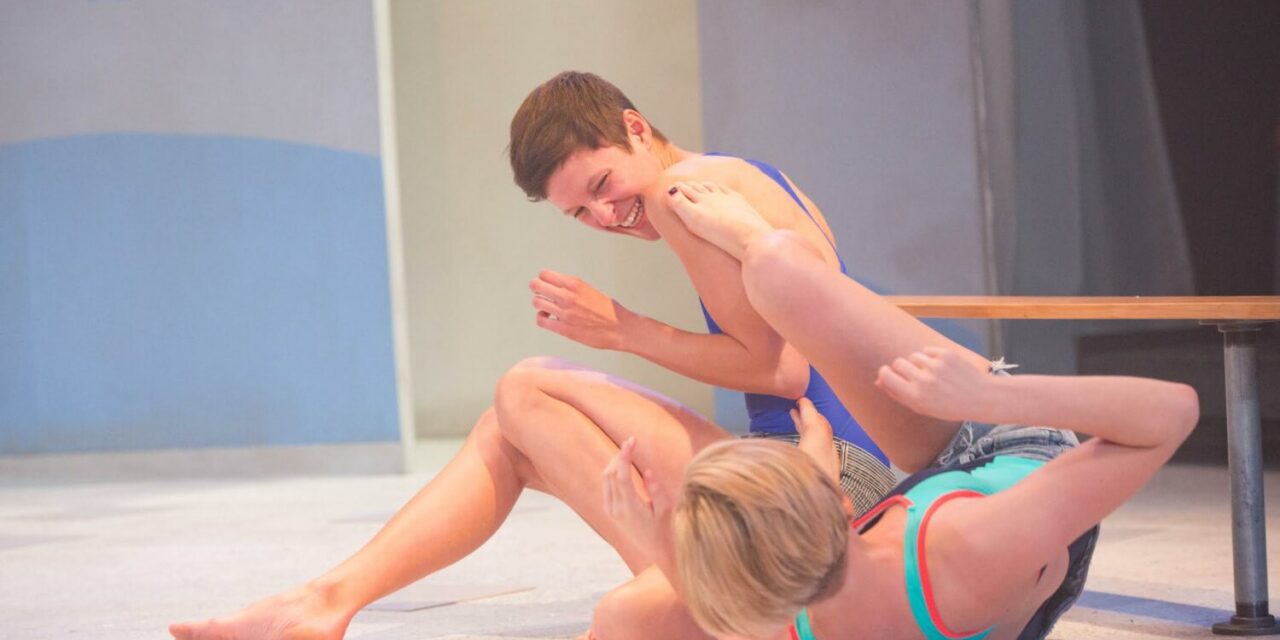 KCRW said that “Ms. Dietze has directed a string of plays at the Echo that have provided tender, poignant and fierce windows on the female experience.” Alana Dietze’s interest in theatre began when she participated in problem-solving competitions in elementary school. Students would work in teams to solve problems and tasks presented to them. Some allowed them to work together before presenting or spontaneously respond.

“It wasn’t specifically a theatre experience,” Dietze said. “I remember in that very first [competition], performing in it, hearing the audience laugh, and feeling like that was the best thing I had ever felt.”

That moment propelled her into drama classes in high school and eventually college. She majored in Theatre and minored in English at Occidental College. Her studies inspired her specific approach to theatre.

“I think I’ve always found my way into the theater from a literary perspective first,” Dietze said. She once wrote poems from the perspective of characters she had previously worked on.

Her literary impulses led her to eventually become the literary manager at the Echo Theater Company. “The artistic director had a hunch that I would be good at it,” Dietze said. “That was just a stroke of luck and confluence of the right place and the right time.”

As a literary manager, Dietze reads a large number of plays that the Echo Theater Company considers for production. “In that position, I read so many plays [that] I developed a really strong eye for how something will translate to the stage,” said Dietze.

Directing was a path that Dietze found later in her creative career. She said that she didn’t have an interest in directing when in school, but her script analysis professor told her at the end of one semester that she should consider directing. She initially pushed the idea aside, taking one directing class but focusing more on performing. At the Echo Theater Company, she directed a few staged readings and a one-act before being asked to direct a full-length play. She directed A Small Fire by Adam Bock.

She still was not particularly focused on directing at that point. But that changed when she picked up the script for Dry Land by Ruby Rae Spiegel. When she read the script her reaction was, “Oh, this belongs to me. This is mine.”

Dry Land is about “abortion, female friendship, and resilience, and what happens in one high school locker room after everybody’s left,” according to Dramatists Play Service. “I just think it’s a perfect play,” Dietze said. “I’m sure not everybody agrees with me on that count but…It was a perfect play for me and I knew that as soon as I read it.”

Dietze directed the play at the Echo Theater Company in 2016. The production received rave reviews from LA Weekly, Stage Raw, KCRW, Broadway World and was even a critic’s pick in the LA Times.

Dietze’s production of Dry Land also won an Ovation Award for Best Production (Intimate Theater) in 2016. The Ovation Awards were established in 1989 as a way to celebrate excellence in the Southern California theatre community. It is run by the non-profit arts service organization LA Stage Alliance.

The Ovation Awards is important to Dietze. It is not just as a way to acknowledge the hard work theatre artists create, but as a way to bring the theatre community together. “People are shocked when I tell them there’s more theater in Los Angeles than there is in New York. But it’s true.” Dietze went on to explain that the Los Angeles theatre community is inherently spread out and encompasses a variety of different types of performance and work.

“There’s a pretty strong community in the smaller theatres here. Everybody knows…somebody who knows you…and we don’t get a lot of opportunities to come together as a group, but when we do it’s really great. That’s why I really love the Ovations. Of course, it’s fun to go to the fancy awards show, but it’s also really great to be in a room with representatives from all of these theaters at once,” Dietze said.

Center Theatre Group attempts to connect the Los Angeles theatre scene together through their annual Block Party initiative. Three productions from theatre companies in the Los Angeles area are chosen to be remounted at the Kirk Douglas Theatre in Culver City. Dietze’s Dry Land was chosen as one of those productions.

“You almost never get to do the same piece twice, [as an] actor or director, and learn from what [you] did the first time,” she said.

The remounting allowed them to fix moments that Dietze felt needed more work or to be changed and for the actors to bring new things into the room and process. She felt that the young actors involved grew between the productions and were able to go further with the material the second time around.

“I thought the show was better a second time,” Dietze said. “I mean, I loved it the first time, but I really feel like we got a second shot and we took advantage of it.”

After the second run of Dry Land, Dietze felt more solidified as a director. But she didn’t want to leave her performing life behind. “People started introducing me as a director and leaving out the actor part…It was a weird sort of mild identity crisis for me to be like actually I do this other thing that I’ve been doing a lot longer,” she said.

Dietze began her career as an actress in Los Angeles and has since worked on numerous independent films and with a variety of theatre companies in the area. Her acting also earned high praise from a variety of outlets and writers, including Charles McNulty of the LA Times. From playing Lady Macbeth to staring in modern pieces like Brandon Jacobs-Jenkins’ Gloria, Dietze has a wide range of noteworthy performance experience under her belt.

Dietze has seemed to quell this ‘mild anxiety crisis” now and embraces her role as a multi-hyphenate artist. She considers acting and directing independent jobs, while also balancing her three roles at the Echo Theater Company, a freelance job, and a part-time job.

When I asked how she balances it all, she let out a small laugh. “I don’t. I really don’t. It’s a question that I’m always trying to answer for myself.”

Dietze seems to have a grasp on how to try and make it all work, though. “I’ve moved back towards a more traditional, structured schedule,” she said. She tries to keep her work between 10 a.m. and 6 p.m. on weekdays and scheduling rehearsals at night and when she can. “I really try to leave one day a week where I am not obligated to anything,” she added, although admitting that it isn’t always possible. In addition, she enjoys cooking healthy meals ahead of time and getting a full night of rest. “If I start to lose sleep, then I’m just useless to everybody,” she said.

Most artists have to work multiple jobs to pursue their art and Dietze is no exception. She does wish, however, that she thought more about what jobs she would want to do in addition to her art.

“Waitressing, serving, bartending isn’t the only viable day job,” Dietze said. “I feel like I had gotten that message a lot growing up. That it was the only thing you could do as an artist to survive. So I did. But I’m actually not convinced that was the best path for me to take.” While it did provide the flexibility and freedom for her art, she still felt she was missing something.

“There’s a shelf life to those jobs. I’m now at a place where I’m in my mid-thirties almost and I really want a job that’s feeding me just as much as my artistic life is feeding me. I think if I had been more thoughtful about that in the years following graduation, I might have had a slightly different path,” Dietze said.

She wished that she had studied something in school that provided her with a more practical side job. When asked if she could go back in time and study something else, she responded that she would pursue environmental science.

“It’s sort of a pipe dream because I wasn’t all that drawn into being a scientist. But I wanted to be a naturalist. That was one of the first jobs I remember wanting,” said Dietze. She recalled watching a television show as a child hosted by a naturalist who inspired her and thought, “that’s the coolest job.”

The pipe dream feels more relevant to her in the current (literal) climate of the climate crisis.

“The thing that I find preoccupies my thoughts nearly as much as wanting to make theatre is the world about to collapse [due to climate change]. I feel like if I could do anything else I would want to be working towards solving that problem,” she said.

Her busy schedule makes it harder for her to connect to natural transcendents. “The thing I feel most lacking in my life here in LA is enough time in nature…it’s available, which is great. The problem is time,” she said. Alana Dietze on the set of Dry Land at the Kirk Douglas Theatre. Photo by Connor Kelly-Eiding.

Even though she may not have time to spend much time in nature, Dietze is able to get that transcendental feeling through theatre. “What I’m striving for when I make theatre most of the time is to give people an experience that gives them that heart-swelling thing that I think you can also get in nature.” 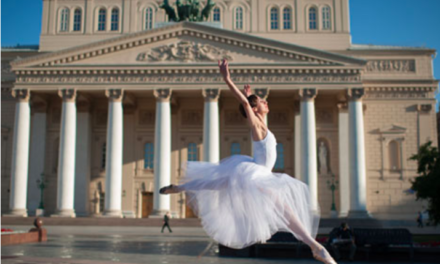 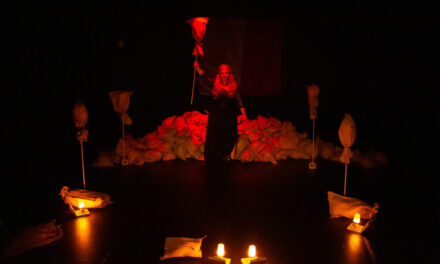