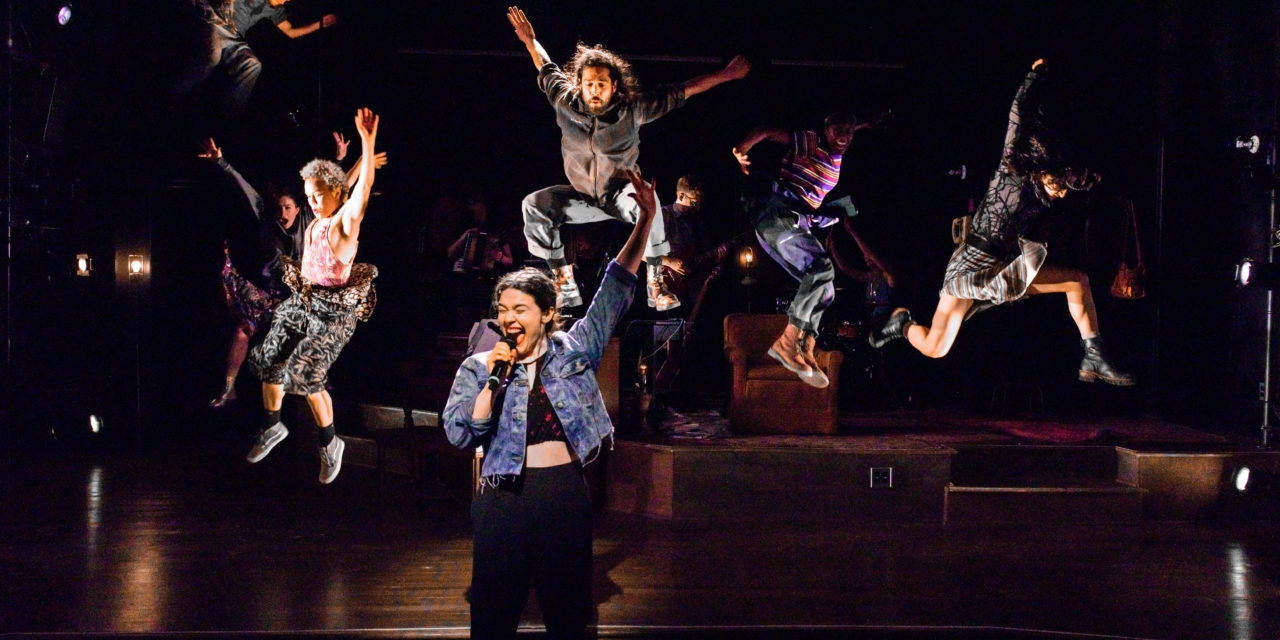 With downtown theatre audiences, the never-ending challenge is how to push boundaries and create theater that can be understood. Writers want to tell stories that have never been heard,  and producers want to present work that shakes up the zeitgeist. Still, even the most open-minded audiences may leave the theater dazzled, confused, and unsure of how to explain what just happened. In a city of near-professional theatergoers, there’s often the expectation to witness something unexpected in a package that is familiar; so its refreshing that The Lucky Ones, which opened last week at the Connely Theater, arrives wholly unbound and unapologetic. Ars Nova  (K-Pop, The Great Comet)  has a pretty stellar track record for musicals, and The Lucky Ones is no exception. Presented in conjunction with Piece by Piece Productions and Z Space, this semi-immersive world premiere musical from Sarah Gancher and The Bengsons knows exactly what it is; even if you don’t. It is presented with such confidence and thoughtfulness that if you don’t get it, you may be behind. 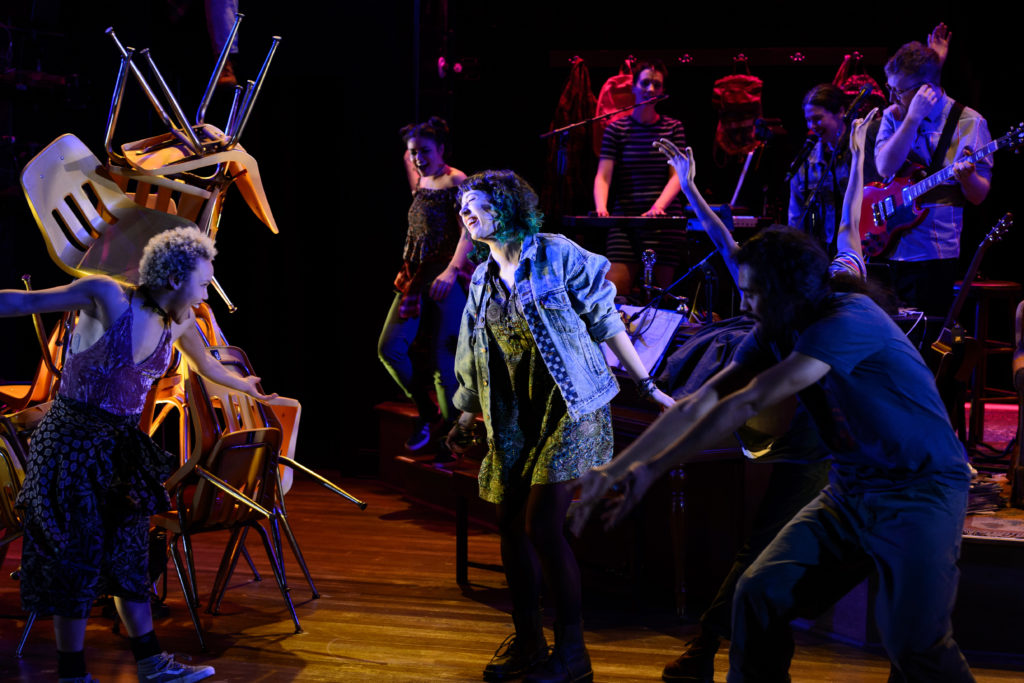 Nevermind why, you’ll understand when we get where we’re going…

The story is relatively simple, which is part of why it works so well. It centers on a rather large blended family, remembering a series of events that forever altered how they looked at the world. This new musical asks us to examine how and what we remember and begins to unpack the responsibility we have to find the truth and to make peace moving forward.

Zero in on an Indie Rock concert.  As an audience member we are both a part of, and watching this concert while Sarah Gancher and the Bengsons serve as our musical entertainment for the evening. As this autobiographical part-story, part-jam session eases into storytelling, it takes a couple of minutes to realize that we are also revisiting these memories together; nevermind “why,” you’ll understand when we get where we’re going. In the meantime, the ride is well worth it.

The music is utterly electrifying. Numbers like “Bacon Fat,” and “I Want To Be Seen” explode from the stages. The energy reflects the volatile themes of both family and teenage angst. The choreography by Sonya Tayeh (Hundred Days, The Wild Party)  manages to fill up space without being distracting. The movement captures a level of intimacy that is often surprising and unexpected for a story mostly about teens. Anne Kauffman’s direction (Mary Jane, Hundred Days)  brings a “just right” aesthetic to the work giving it all the craftsmanship and polish of a Broadway smash with the grit and candor that’s become a hallmark of downtown theater. Though performed by an easily world-class ensemble, the show isn’t without a couple of standout performances.

Myra Lucretia Taylor (Nine, Schoolgirls, or; The African Mean Girls Play)  as Sherrill steals the scene almost every time she steps on the stage while radiating a warmth and stability that is refreshing to a story that, under the surface is about to explode. Damon Daunno (The Tin Drum, A Brief Encounter)  as Kai is easily the object of every teenage fantasy ever, bringing an unreserved thirst for life that proves intoxicating and detrimental. Perhaps the most surprising performance was  Maryann Plunkett (Gabriel Plays, Apple Plays) as Mary in part III. Just when you think everyone has given all of what they have to give and we’re going to start wrapping things up, Maryann doubles down in a performance that almost singlehandedly demonstrates the strength of the book, managing to deliver on the truths of what it means to love your child and what it costs. 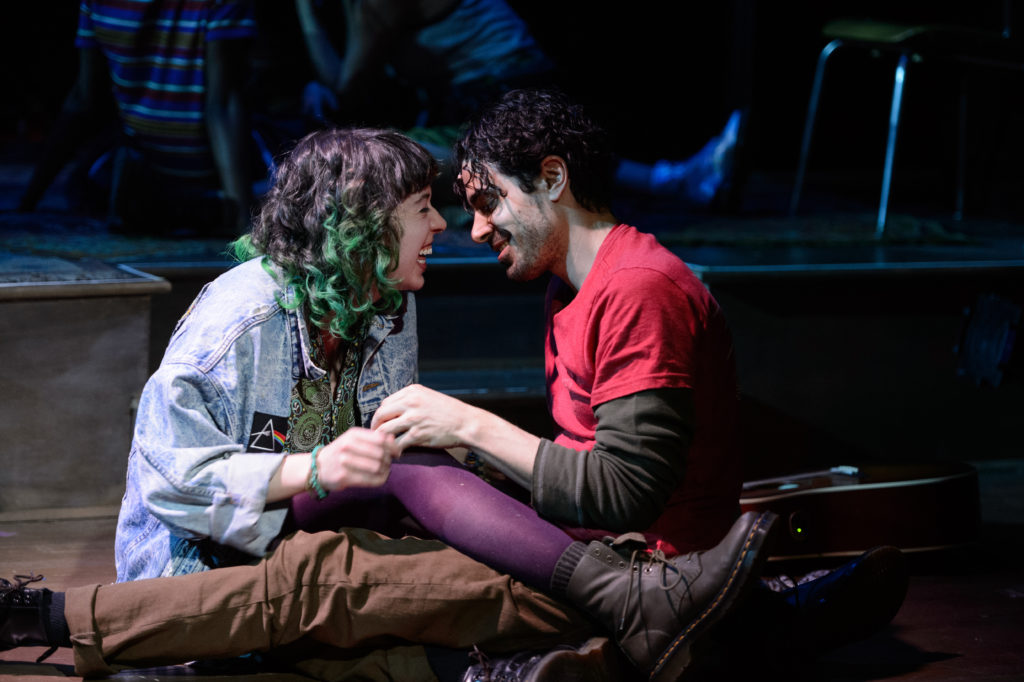 The Musical In Short…

The Lucky Ones is unusual and necessary. It doesn’t announce itself, and won’t justify itself for anyone. It IS; and as such invites you to experience its truest and most authentic self; with the promise that in the end, you will understand. It is a prime example of what happens when the whole team believes in the vision of the work; and evidence that there is truly a place in the canon for everything. If nothing else, The Lucky Ones delivers on its promise with a fire and energy that is well worth a trip downtown.

The Lucky Ones Presented by Ars Nova, Piece By Piece Productions and Z Space is currently Running through April 21st at the Connely Theater.
Book by The Bengsons & Sarah Gancher
Music & Lyrics by The Bengsons
Choreographed by Sonya Tayeh
Directed by Anne Kauffman 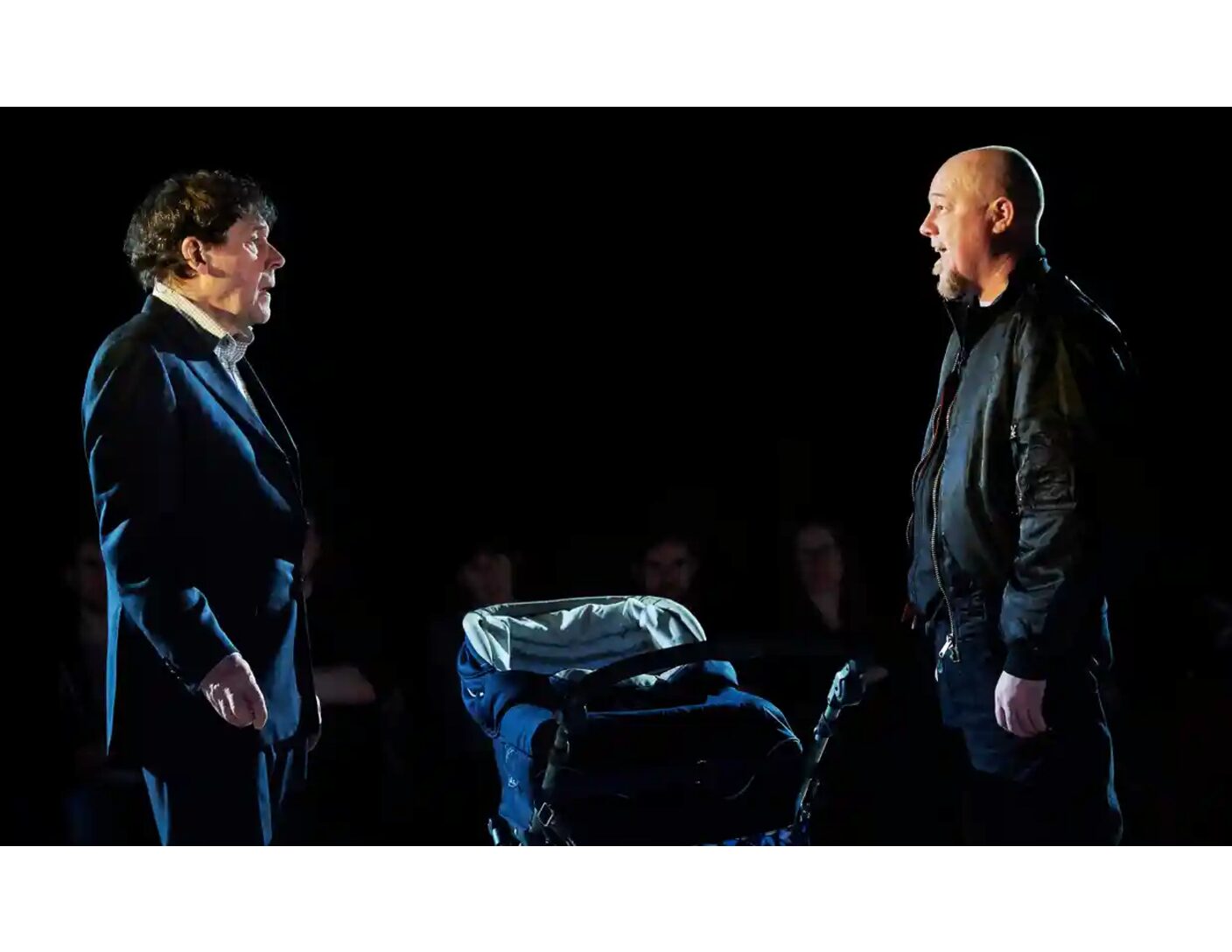