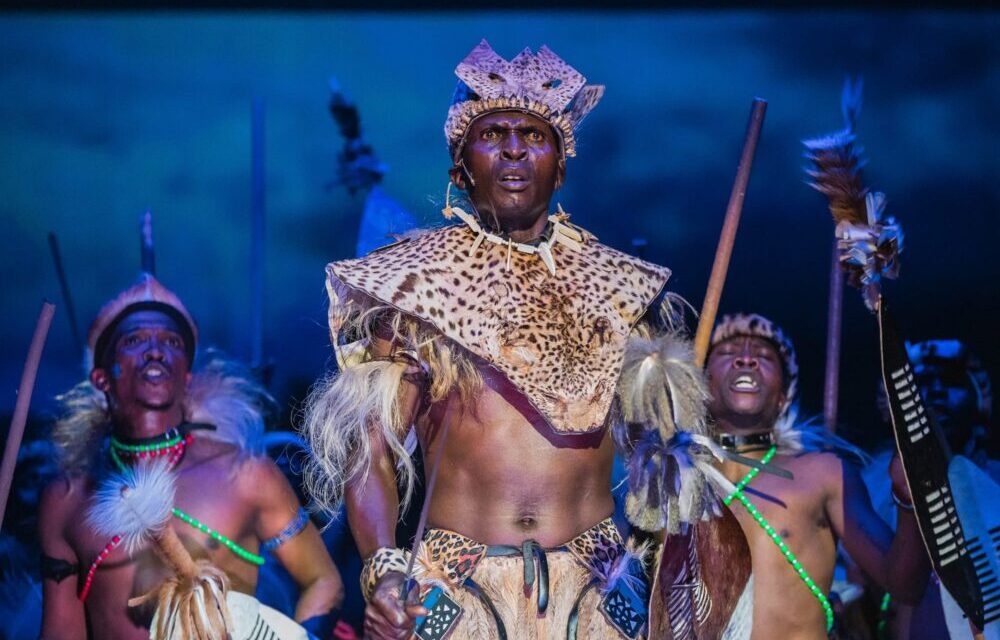 Shaka Zulu: The Gaping Wound currently running at the South African State Theatre in Pretoria, and which due to massive interest as demonstrated by the packed houses it has played to since it opened, has ‘by public demand’ just had its run extended by another three weeks. The production is well worth its ticket price for lovers of well-made and relatable South African musicals.

In a press statement on the extension, Artistic Director Aubrey Sekhabi highlights a decision the management of the theatre made “to give the musicals enough time to grow and develop thereby providing longer seasons especially if the audiences have an appetite for that work. Shaka Zulu is one such work. The overwhelming support from our audiences and its ability to draw family audiences has informed our decision to extend the show”.

The current iteration of this widely performed musical is directed by veteran actor and theatre director, Meshack Mavuso-Magabane. Coincidentally he starred in the same production during his community theatre days making this a full circle moment for him. Shaka Zulu: The Gaping Wound, was originally written by the late playwright Bongani Linda, a prolific playwright who also founded the Victory Siyanqoba Theatre Company in Alexandra township. Director of the play Meshack Mavuso-Magabane and Mduduzi Mabaso who stars in it as Mshongweni were both members of this ground-breaking theatre company.

The first thing which stuns audiences when they watch Shaka Zulu: The Gaping Wound is the expansive and elaborate set which is regal and spectacular. It would seem that it evokes the real-life Kwa-Bulawayo, Shaka Zulu’s royal kraal and early capital of the Zulu empire and how it could have looked in those days.

Though Meshack Mavuso-Magabane’s interpretation does not spend too much time retelling the intricacies of the story which many audience members would probably be already familiar with, it seems more concerned with showing how history and fate of the Zulu empire has been shaped by that one singular event, the betrayal and killing of Shaka Zulu by his brothers and how the past is present.

In an interview with a local publication, the director was at pains to draw parallels between what happened to Shaka and what is happening presently given that a new Zulu King (Misuzulu) has ascended to the throne.

“…it’s one of those things that people were talking about, that the same thing that happened to Shaka might happen to Misuzulu because now the mother is no more and she was his pillar. When people were talking about it, I thought let me do that show. It’s like history is repeating itself and we want to tell the story of Shaka and bring in an element of politics.”, says Mavuso-Magabane.

This could be why at times Shaka Zulu: The Gaping Wound feels like lamentation, more than an ode to a great man and the empire he built.

In using ‘television actors’ or actors who are best known for television shows, Meshack Mavuso-Magabane takes a gamble which pays off handsomely as seasoned actors like Nkanyiso Bhengu and Mduduzi Mabaso shine in this production.

The choice of having the production primarily in the English language is understandable, but to some degree does let Shaka Zulu: The Gaping Wound down as important moments, key dialogue and critical speeches are diluted and do not come off as powerful as they would have been in isiZulu. This, among other directorial choices makes  Shaka Zulu: The Gaping Wound Disney-esque, but on the other hand this could be why it has received a positive response from audiences due to the mesmerizing music and military-like choreography which all make it a very watchable and enjoyable musical theatre piece.

Shaka Zulu: The Gaping Wound written by Bongani Linda was directed by Meshack Mavuso-Magabane. Musical Directors were Simphiwe Skhakhane and Zakhele Mabena. It featured a cast of forty actors including Thembinkosi Chagwe, Nkanyiso Bhengu, Mduduzi Mabaso, Zakhele Mabasa Mokone, Mpho Malatsi and Paulinah Manyama. It is at the South African State Theatre in Pretoria until 4 December 2021.

Shaka Zulu: The Gaping Wound  has been extended and will run until 4th December

This article was originally published by The African Theatre Magazine on November 19, 2021, and has been reposted with permission. To read the original article, please click here. 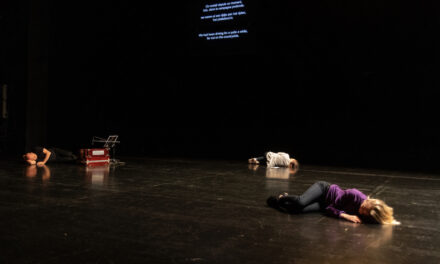