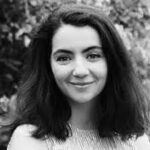 Originally from the United States, Aisling Murphy is an Ottawa-based critic, playwright, and dramaturge, currently studying theatre at the University of Ottawa. Aisling’s academic interests include those of contemporary theatre criticism, new play development, multilingual theatre, and postdramatic theatre, to name a few. As a research assistant at the University of Ottawa, Aisling has been involved in the production of several academic texts, including Dramaturgy of Migration (eds. Meerzon & Pewny) (Routledge), Performance, Subjectivity, Cosmopolitanism (Meerzon) (Palgrave Macmillan), and Migration and Stereotypes in Performance and Culture (eds. Meerzon, Dean, and McNeil) (Palgrave). Aisling is a member of the 2020 Young Playwrights Unit at Tarragon Theatre in Toronto, where she is currently developing her verbatim play, Feast, which looks to explore the life and critical legacy of British playwright Sarah Kane.

It’s been a strange few weeks. Despite the unprecedented scope of this cultural wound, I write to...

No longer is there a “safe place” on the Canadian political spectrum; to be moderate is to be a...

There’s a danger to hasty reaction.  To act on instinct is to perhaps ignore a bigger contextual...

From the pre-show announcement, we know we won’t catch all that is said onstage...

To escape the mundanity of our own everyday. To revel in the ephemerality of storytelling. To...

The split is clear upon first glance.  He wears muddy jeans and rain boots, while she dons...

Canada is built upon a core tenet of otherness; its populace is built largely upon the mosaicked...

That the hallway beside the theatre is filled to its breaking point is a good sign: artists,...

The exposed nerve of a reignited public tragedy hangs in the ether of Teatrul Luceafărul Iaşi. We...

Carlyn Rhamey is a force of nature. Her facial expressions are anything but small, her voice is...

GoFundYourself, presented by Ottawa’s own Black Box Comedy, is a raucous, audience-driven look...