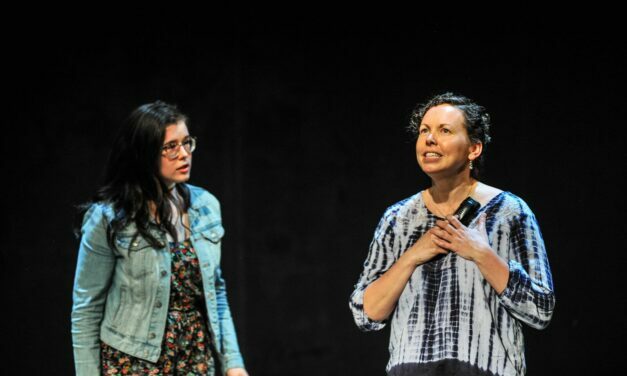 GoFundYourself, presented by Ottawa’s own Black Box Comedy, is a raucous, audience-driven look into the peaks and occasional valleys often associated with improv. For the most part, GoFundYourself is amusing and self-aware; its loose “plot” advancement is contingent upon quantity, intensity, and genus of audience laughter. Sometimes, the ensemble finds its footing and earns show-stopping whoops and guffaws (a certain audience member being heckled for likely being turned away at the New York/Canada border, for instance, inspired a riotous bout of laughs). There were a few segments that dragged at the performance I attended, with the cardinal “don’t say no” rule of improv being broken often enough to be to the show’s detriment.

Our narrator, Cornelius, however, does an admirable job of keeping the “telethon” motif chugging along, skillfully gauging audience reaction and responding with topical jokes (a reference to Smash Mouth’s “All Star” did not go unnoticed by a mostly-Gen Z crowd) and witty retorts to his overly-affectionate co-host.

GoFundYourself would absolutely thrive under one vital condition: being programmed into a venue licensed to serve alcohol. Boozy belligerence was the missing ingredient at opening night; our crowd had a great mix of artists, spectators, and folks affiliated with Black Box Comedy, and at times found a boisterous, participatory rhythm within the improv games unfolding onstage, but this show would 100% benefit from the laidback, free-for-all atmosphere we felt so intensely at Fringe’s Preview Night on Wednesday.

The problem with improv is that, as we see here, it is almost entirely audience-driven. A tired or timid audience makes for less risk-taking onstage, which in turn snuffs out audience energy in a tired cycle. While opening night did not go so far as to be boring, at times the cast seemed unsure of what this particular audience would respond to, and in a piece that’s largely strung-together improv games, this occasionally felt quite awkward.

GoFundYourself admirably plugs fellow Fringe shows (a wholesome Fringe tradition!), and the dance sequence we saw during Preview Night makes a welcome reappearance in the greater context of the piece as a whole. See this show if you love improv, audience participation, or lighthearted humor; it’s a fun time with a big group of friends! 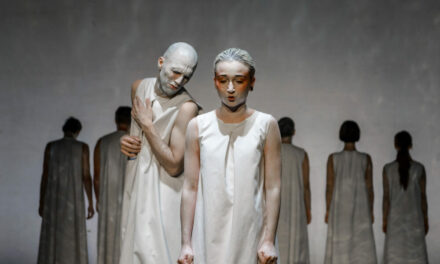