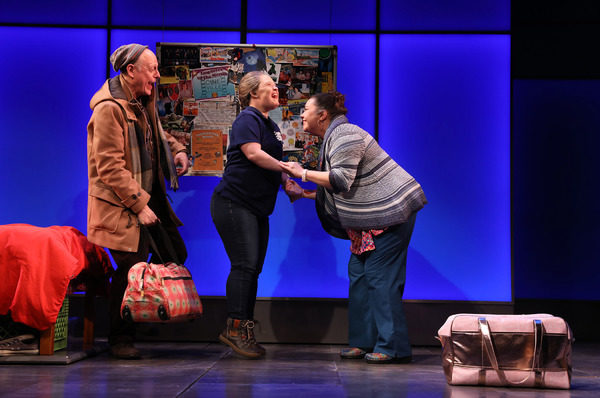 Lindsey Ferrentino has done a marvelous thing in conceiving a substantial and nuanced lead character with Down syndrome in her new play Amy And The Orphans and insisting that the role be played by an actor with that disability. The performer she cast, moreover, Jamie Brewer, is terrific. Brewer is destroying hardened prejudices and professional barriers with her acute and subtle performance in Scott Ellis’s production at Roundabout’s Laura Pels Theatre.

All of that said, Amy And The Orphans is unfortunately not the play it needs to be to demolish such formidable walls for the better. In a program note, Ferrentino explains that she based the play on her family’s experience with her now-deceased aunt Amy. Born with DS, Amy, on “medical advice,” was placed in a state-funded institution by Ferrentino’s grandparents. The family occasionally visited after that and took Amy home for holidays but “were never a part of her life on a daily basis.” The play turns this situation into an occasionally sweet but often coarsely reproachful tale of abandonment, neglect, moral compromise, and willful ignorance.

In the drama, Amy’s older brother and sister, Jacob (Mark Blum) and Maggie (Debra Monk), both in late middle age, fly into New York from California and Illinois to fetch her from her residence in Queens after their father’s death. Their mother is already dead, and they need to arrange dad’s funeral in Montauk and clear out his house. A road trip down the Long Island Expressway ensues that reveals, again and again, the siblings’ utter cluelessness about Amy’s life and character.

Jacob and Maggie know nothing about her thoughts, abilities or activities. They’re also ignorant of her legal and financial circumstances and are therefore shocked to learn that as a ward of the state she can’t simply be released to them. Her pregnant and plucky Hispanic caretaker Kathy (Vanessa Aspillaga) has to join the trip, which puts rather a crimp in their self-congratulation, phony concern and disingenuous involvement.

Kathy’s blunt commonsense, like Amy’s cool awareness and sly wit, strip the siblings of their comfortable cover. That dynamic occupies much of the play, and Aspillaga’s interactions with Brewer in these take-down scenes are a pleasure to watch. The actors feed beautifully on each other’s comic leads, setting up perfectly timed retorts.

Ferrentino also provides a backstory consisting of scenes with the parents when they were young. Holed up at a couple’s retreat a year after Amy’s birth, Sara (Diane Davis) and Bobby (Josh McDermitt) try to forestall a breakup caused by the strain of Amy’s care, and we watch them slouch predictably toward their fateful choice: dropping her off at a nice-looking Staten Island home called Willowbrook. (!) Kathy, in an earlier scene, has apprised us of the criminal mistreatment and abuse that took place there in the 1960s and 70s.

These parental flashback scenes are a bit static but they’re hardly the play’s biggest problem. That distinction belongs to the portraits of Jacob and Maggie, who are both such obnoxious and superficial sitcom caricatures that one aches for them to leave the stage whenever they return. He’s painted as a ridiculously stereotypical Bible thumper and health nut who travels with a juicer, she as a stereotypical Jewish loudmouth and snack-hound who constantly nags him about religion and food. They always speak as if expecting rim-shots but have trouble eliciting even polite chuckles.

There’s a strange compensatory inversion at work in this play, a weird sort of reverse shallowness in which the playwright seems to have traded one stereotypical expectation for another, rather than just refraining from stereotypes altogether. Disabled characters in drama are usually stereotypes, and to her enormous credit Ferrentino has conceived Amy as an impressively complicated and conflicted human being with self-evident agency. Why, then, did the playwright have to surround Amy with one-dimensional siblings whose simplistic villainy diminishes her realism? How amazing it would’ve been to see this historic character move confidently in a world we fully believed in. How deflating it is to see her shifting about to find her place in a tawdry, unedifying and cartoonish psychodrama.

This article originally appeared on Jonathan Kalb on March 6, 2018, and has been reposted with permission. 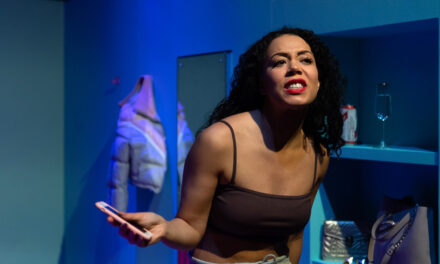 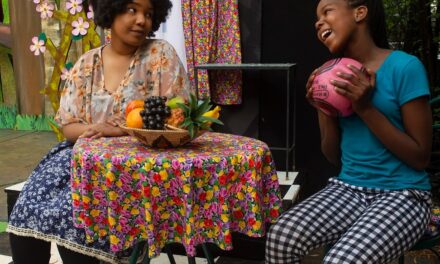