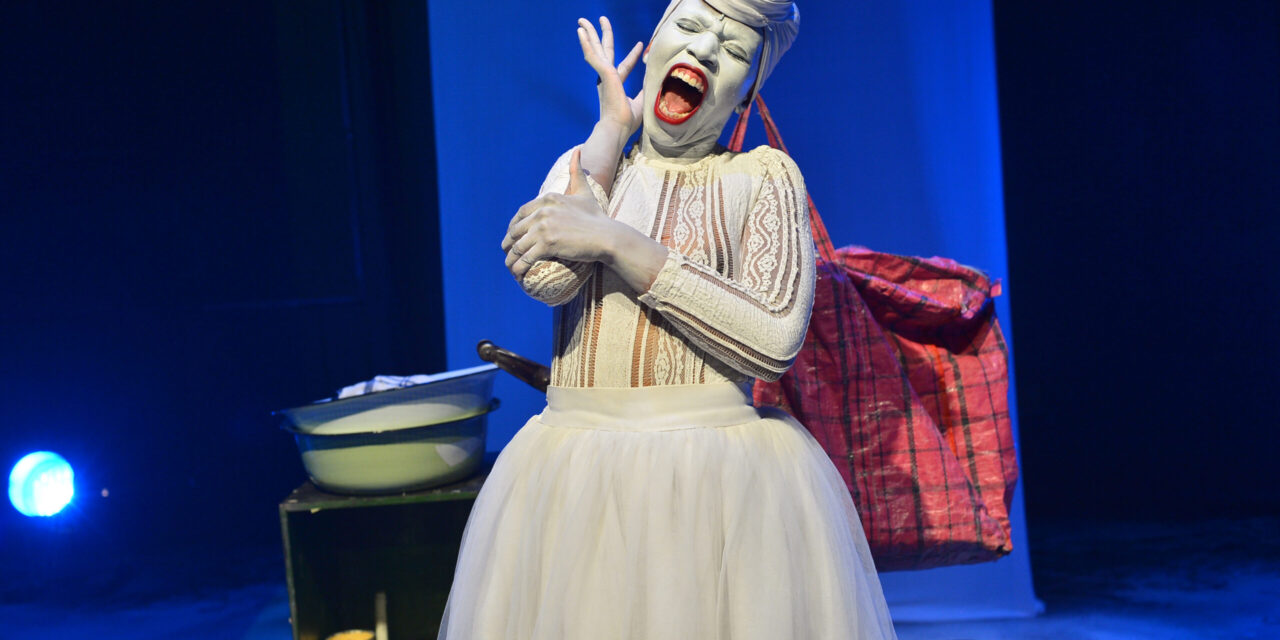 Xova, the predominantly isiXhosa-language production which has just finished a sold-out run at the Market Theatre in Johannesburg was arguably one of the best productions in a year blighted by Covid-19.

Xova is a multiple award-winning production that won the coveted 2019 Standard Bank Gold Ovation Award at the National Arts Festival in Makhanda. As if that was not enough, the production followed that up with a slew of awards at the prestigious 2020 Naledi Theatre Awards held virtually this year due to Covid-19. It won Best Play, Best Director, Best New Script, Best Support Performance in a Play (Female), and Best Costume Design, all of which is unsurprising to those who have had a chance to experience this masterful work of theatrical arts!

Xova is poignant in how it reimagines theatrical forms and refuses to confine itself to the run-on-the-mill ways of storytelling which serves it well because it grabs attention from the first line until and even beyond the curtain call – its power lies in how it manages to create something akin to a perfect ensemble where each actor and character relentlessly yet collectively take audiences on a rollercoaster ride of emotions until the end. Xova, written and directed by Joseph Kumani at the Market Theatre (Photos by Lungelo Mbulwana)

The story is as familiar as it is gripping yet it is the way in which it is told which sets it apart from other productions which tell or have told similar stories of absent fathers, joblessness, stolen childhoods, single parenting, and the ever-present scourge of poverty which decimates the family unit.

As an ensemble piece, the story is expertly performed by a powerful all-female cast who play multiple characters and scenarios either within the everyday world of the play but also the metaphysical realm of fairy godmothers, monsters, and other subhuman characters.

The production’s name Xova is a powerful metaphor as in isiXhosa the word “Ukuxova” refers to the mixing of dough for the making of homemade bread. In the play, this analogy speaks of the raising of a child which is in itself ironic due to how much that theme dominates much if not all of the story. Xova, written and directed by Joseph Kumani at the Market Theatre (Photos by Lungelo Mbulwana)

The production relies not only on conventional storytelling techniques but also heavily borrows or rather enlists in a careful manner element of performance art as well as modern contemporary African dance to push what is already a mesmerizing production forward.

The director Joseph Kumani, a product of the State Theatre’s Incubator Programme has to be given credit for putting on such a memorable production and he is one to watch if Xova’s success is anything to go by. Charmaine Mtinta and Zimkhitha Nyoka, the production’s two leads are a marvel to watch and they deserve plaudits for how they create magic on stage through their powerful acting.

This article was originally published in The African Theatre Magazine and has been reposted with permission. To read the original article, click here.