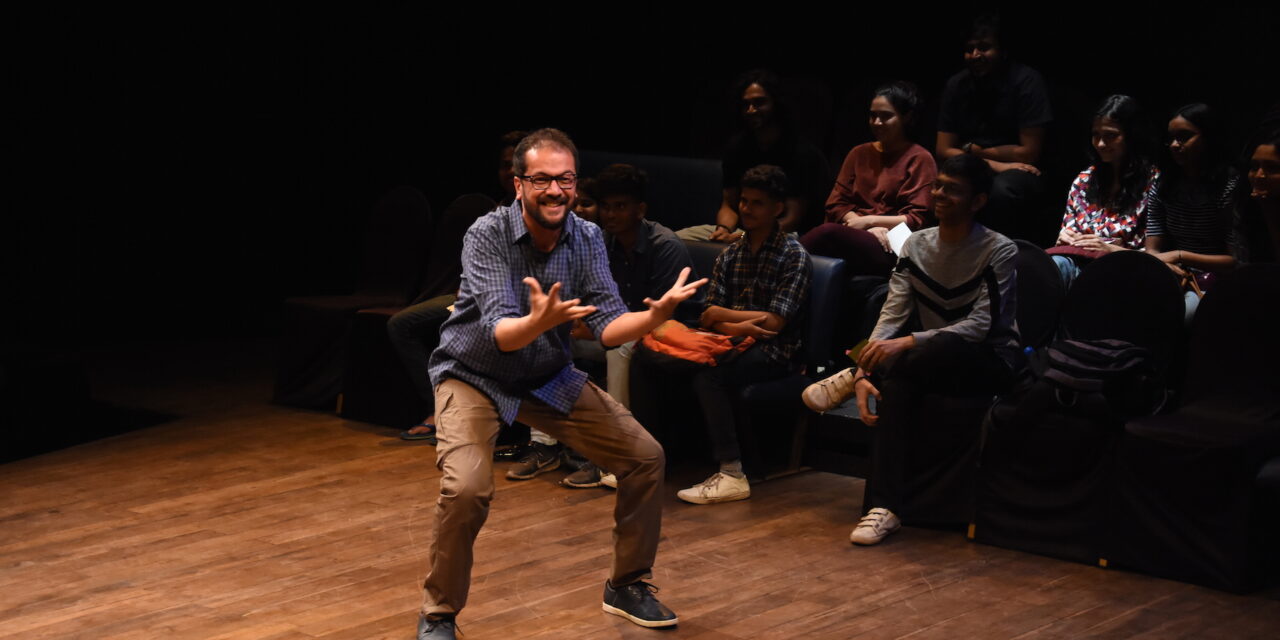 In recent research conducted by the World Health Organisation (WHO), nearly 56 million people suffer from depression and around 38 million people suffer from anxiety disorders in India. In a country where mental illness is as big an issue as poverty is but is not talked about and dealt with the same zeal and enthusiasm, Mumbai-based QTP’s latest production Every Brilliant Thing comes as a much-needed venture. Written by British playwrights Duncan Macmillan and Jonny Donahoe, and directed by Quasar Thakore-Padamsee, the play was staged at ‘The Courtyard’ on 8th September 2019 in Bangalore.

This one-man show starring Vivek Madan is a story of a young boy who starts compiling a list of every brilliant thing in the world at the age of seven when his mother attempts suicide for the first time. A coming of age story, we see him dealing with mental illness issues himself, failing to communicate with his father, finding love, and finally growing. A bleak narrative at heart, the play talks about childhood trauma, suicide, communication gap between generations, and the inability to cope with existential angst that comes along with clinical depression. The bleakness of content is balanced with the playfulness of form. The audience members play an important role as they are directly involved in the play, playing the father, the lover, the school teacher and reading out the list of every brilliant thing when required. The rawness and awkwardness of audience interaction provide levity and surprise. It also serves the purpose of keeping the audience attentive and on its toes.

The play has been staged in different countries by different directors and most of them have followed the usual course—having the audience all around and involving them as different characters as the play progresses. Padamsee’s rendering is no different. But it is always tricky to have the audience all around. His craft lay in cleverly using the space and keeping the audience involved on all four sides in a way that it seemed seamless. The sets and light design were kept to minimal, while the recorded music was integrated smoothly in the play, crystallizing its shifting moods and tones. In the course of the play, Vivek Madan emerges as the true winner—capturing the multiple facets of the protagonist’s personality. Swaying between being vulnerable and confident, confused and certain, sad and hilarious, Madan is endearing and honest in his portrayal of the character.

A possible criticism of the play is the fact that the take-away is the idea of fighting severe mental illness through little, life-affirming, beautiful things in the world. Not that it is not possible. Only that it is reductive. Easy. Simplistic, rather.  But then again, it never pretends to have that complexity. One cannot expect a play to have all the answers, nor can one expect it to solve one’s mental issues. At best, it can be a fun, thoughtful, positive conversation starter. And that’s what it is.

Every Brilliant Thing is currently touring different cities in India, and the upcoming shows are on 26th and 27th September at NCPA, Mumbai.