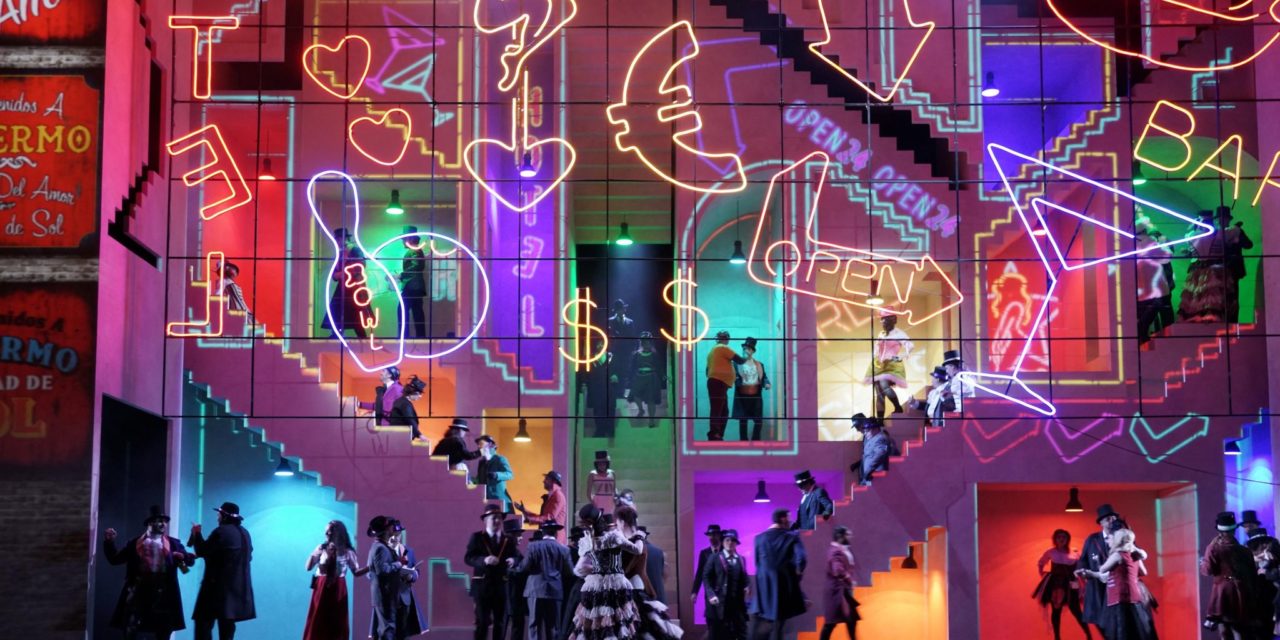 German composer’s Forbidden Love is premièred at the Teatro Colón

The Colón hasn’t offered Richard Wagner’s The Mastersingers of Nuremberg (“Die Meistersinger von Nürnberg”) since 1980, though it is arguably the greatest German operatic comedy of the 19th Century; this in a big opera house of important history is quite simply an aberration. And Tannhäuser hasn’t been staged here since 1994.

The composer’s second opera, Forbidden Love (“Das Liebesverbot”), written in 1835-6, is clearly mediocre, and the only reason to present it is for aficionados. It’s a curiosity that, warts and all, in its better fragments gives some inklings of the great Wagner revealed in 1841’s The Flying Dutchman (“Der fliegende Holländer”), which was actually premièred in 1843. In fact, his first opera, The Fairies (“Die Feen”), created in 1833-34, was belatedly staged posthumously in 1888, and there, the hints of the future are more evident. And of course, in Rienzi, on Bulwer Lytton’s novel about Rome’s last tribune, even if it follows grand opera lines; it was composed in 1838-40, and had its first airing in 1842 at the Dresden Court Opera: Wagner’s fame got a decisive giant step.

Wagner was only 22 when he started on Forbidden Love, a free adaptation of a problematic Shakespeare’s comedy, Measure for Measure, which he transplanted from Vienna to Palermo (Sicily). It’s one of three comedies called “bitter” or “dark,” the others being Troilus and Cressida and All’s Well That Ends Well. They were written in the difficult years before and after the death of Elizabeth I (1603) and they offer “a distempered vision of the world,” especially Measure for Measure (1604-5), a “searching, unsettling and precarious play” according to the Encyclopedia Britannica.

I haven’t been able to compare it with Wagner’s libretto, but I have to state that I find the latter an aberration of continuous contradiction and improbability, from the very premise: Friedrich, the governor of Palermo, imposes the death sentence on anyone who indulges in sex for pleasure, and this in the middle of Carnival celebrations.

No less absurd is Isabella’s behaviour: a severe woman living in a convent, she does expose Friedrich’s hypocrisy (he desires her) but in the final scene she robs the equally hypocritical Luzio from the light-hearted Dorella (to whom Luzio has promised marriage) and leaves the convent. And so on.

Wagner had been named conductor of the small Magdeburg opera house; facilities were few, the orchestra and choir were weak and the cast very poor, but the composer wanted this ragged lot to learn a long and complicated opera in just 10 days.

The only two programmed performances failed utterly (the second was cancelled!), and Wagner tried in vain to obtain the support of other cities in the following years to offer Forbidden Love (curiously he didn’t even try to get them interested in The Fairies).

So the opera lay forgotten for more than a century; of course, Bayreuth never staged the three initial Wagners. Until it was revived in 1923 in Munich with scant success. But matters changed in 1983 when Munich Opera’s Musical Director Wolfgang Sawallisch conducted all 13 Wagner operas celebrating the centenary of his death: the ponderous (more than four hours) “big comedy,” or grosse Komische, was judiciously pared down to two hours and 40 minutes, and with fast tempi and Jean-Pierre Ponnelle’s talented staging it became a success and was recorded live. I own that recording (edited much later, in 1995) and find it very good. It puts the best possible face on a problematic opera.

The Colón production lasts about the same and is based on the score edited by Breitkopf and Härtel. And as so often nowadays, it is being shared by several theatres to cut costs: it originated in Madrid’s Teatro Real, it is co-produced by Covent Garden and the Colón. The London theatre is there for the simple reason that the stage director Kasper Holten (début) was until very recently the Covent’s opera director (in a controversial tenure that allowed such things as a gory Lucia di Lammermoor).

In fact, this comedy is seldom funny and the music is a mixture of influences that go from Bellini to Auber and Weber. There are much better German comedies in those Romantic decades, but the Colón ignores them: Lortzing’s Zar und Zimmermann (1837), Nicolai’s The Merry Wives of Windsor (1849), Weber’s Abu Hassan (1811), Cornelius’ The Barber of Baghdad (1858). There’s some sparkle though in the Wagner Overture and second Carnival scene, and a modicum of drama in the interview of Isabella and Friedrich; plus lyricism in Mariana’s aria (the rejected wife of Friedrich) and a nice duet of Isabella and Mariana.

I single out the Isabella of soprano Lise Davidsen (début, Norwegian, very tall, young and imposing): a stunning voice of ample volume and range, managed with great skill: a Senta or a Sieglinde in the making. I wasn’t impressed by the arid timbre of tenor Peter Lodahl (début, Danish) as Luzio, although he moves well. Our Hernán Iturralde was a sturdy and professional Friedrich. Christian Hübner (German bass, début) did a convincing Brighella (maybe the most authentic buffo role), an arrogant policeman happy to arrest and judge… but he goes to the clandestine Carnival: the rough deep voice is also accustomed to the great Wagnerian villains (Hunding, Hagen). The Spanish light soprano María Hinojosa did a charming Dorella and Marisú Pavón sang her Mariana with fine line. Tenor Carlos Ullán seemed uncomfortable in the role of the condemned Claudio. The others did well, especially Norberto Marcos (Angelo); Fernando Chalabe was Pontio Pilato (what a name!), Sergio Spina, Antonio; and Emiliano Bulacios, Danieli.

Slovak conductor Oliver von Dohnányi did an effective job of preparation, obtaining reasonable quality from the orchestra, and Fabián Martínez managed the abundant choral music well. As to Holten’s production, of course he didn’t respect the 16th Century specified in the libretto, and neon lights mixed with colourful buffo costumes and a handsome unit set full of stairs (a touch of Escher extravagance). Friedrich was ridiculed grabbing a teddy bear in bed. Stage and costume designer, Steffen Aarfing. Interesting lighting by Bruno Poet, and acrobatic choreography by Signe Fabricius (with good dancers hired for the occasion). There was a second, all-Argentine cast.

This article was originally published on Buenos Aires Herald.com. Reposted with permission. To read the original article, click here. 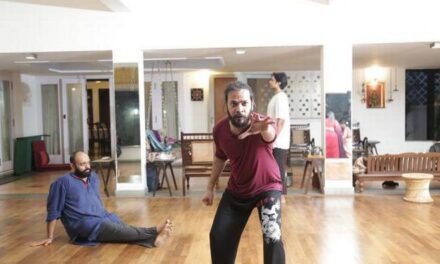 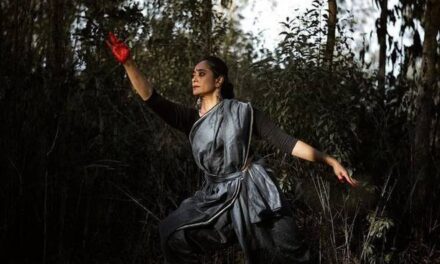