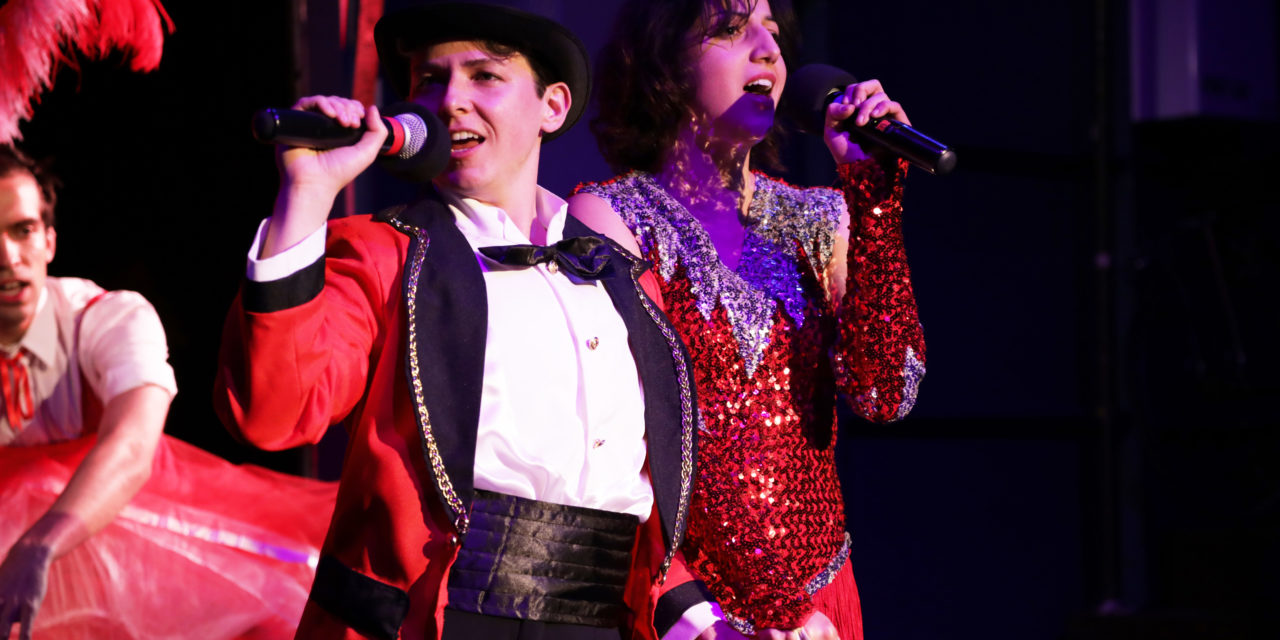 I am a Seagull, I am Ophelia. Seagullmachine, by the Assembly

There are a lot of moving parts to Seagullmachine. The Assembly performs adapted versions of both The Seagull by Anton Chekhov and Hamletmachine by Heiner Müller.

After the Seagullmachine performance, a friend and I sat in a coffee shop marveling at how engaging the Assembly’s presentation of The Seagull was. American theater enthusiasts don’t have a lot of confidence in Chekhov plays being performed well here, and this presentation was engaging throughout. How did they do it? We retraced our steps at the theater. We were greeted at the door by actors who instructed us to go find seats. Other actors were already on the set warming up. We spent several minutes, an estimated 20 minutes, sitting there chatting, watching the actors, looking around at the crowd. My friend and I joked that the play was never going to start, inviting Waiting For Godot scenarios.

The lights never go down on the audience, the result being we all play a part in the production, and there are no spectators. La MaMa E.T.C. is a beautiful, decrepit, wonderfully haunted space; to redefine audience roles and do away with spectators is an adventurous, fun design.

What about the translation, completed by members of the cast? Did being involved in the translation process, as a group, give them ease to invent their roles individually, as well as within an ensemble?

One exceptional moment of many in Seagullmachine is during The Seagull when Konstantin’s play is performed by his love interest, Nina. Leading up to the performance, Konstantin’s mother, Arkadina, a famous actress, seethes…she is enraged her son loves Nina and venomously dislikes the experimentation of his play. Desperate to remain the sexual center of attention in any room she enters, she is also jealous of Nina, for she is both an attractive young woman and a promising actress.

Two lines directly from William Shakespeare’s Hamlet in The Seagull are read by mother and son:

ARKADINA.  My son, “Thou turn’st mine eyes into my very soul; And there I see such black grained spots As will not leave their tinct.”

KONSTANTIN. “Nay but to live in the rank sweat of an enseamed bed.”

Konstantin’s play is weirdly fascinating–and, wow, what a set design! Yet, he cuts the play short due to his mother’s relentless mocking of him.

KONSTANTIN. (Stamping his foot) The curtain! Bring it down! (The curtain falls.) Excuse me, I forgot that only a chosen few may even write plays, let alone act in them. I have infringed upon the monopoly. I- I-I (He would like to say more, but waves his hand instead, and goes out to the left.) 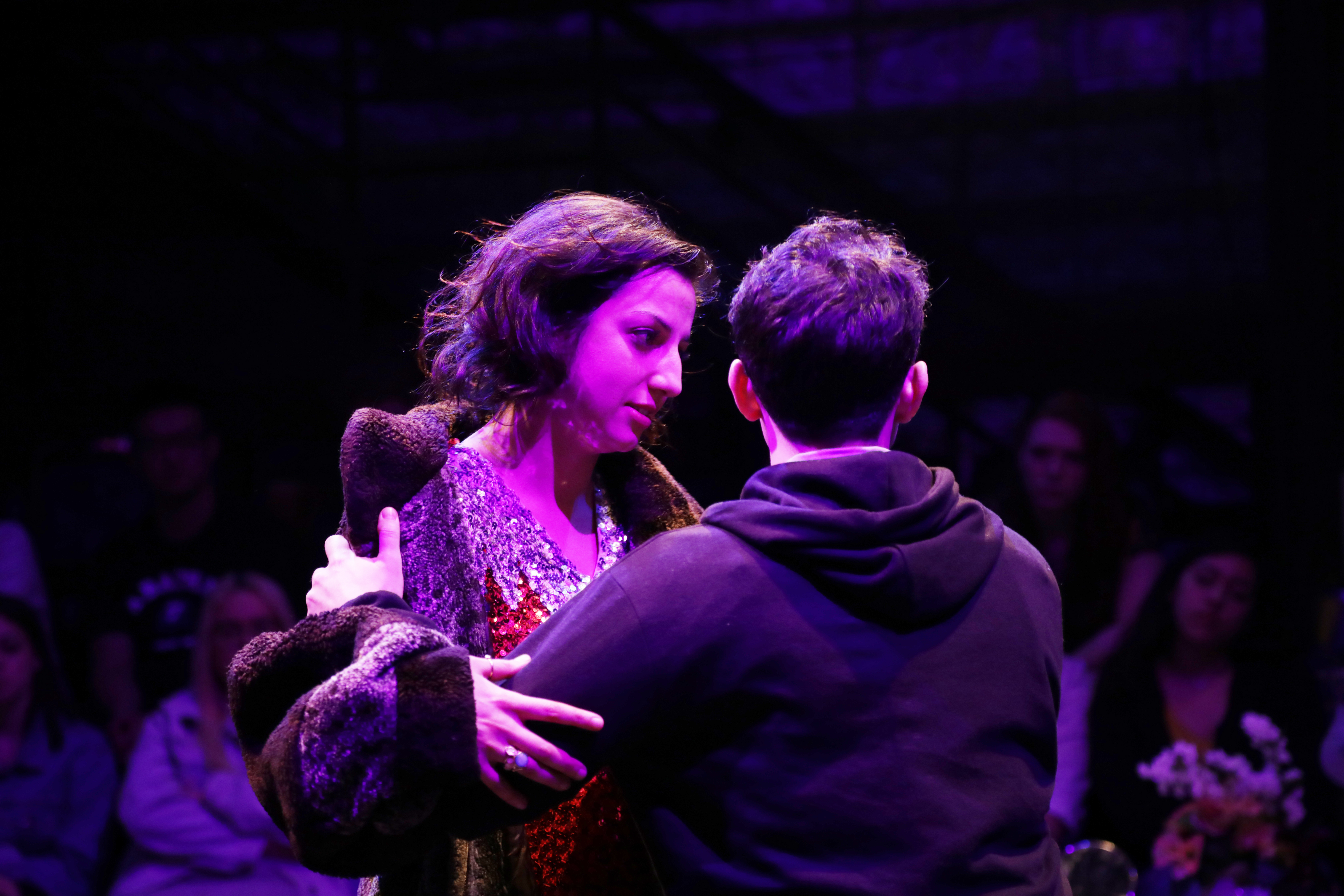 Theater legend has it that when The Seagull premiered at the Alexandrisnky Theatre in St. Petersburg in 1896, Chekhov was dismayed by the audience reaction to the point he vowed never to write for the stage again. Opening night was a benefit performance for a popular comedienne named Elizaveta Levkeeva. Audience members went into the performance expecting comedy. They laughed during serious parts, including when Konstantin gives Nina the dead seagull. In Seagullmachine, this is an important scene; the tragedy is set into place. It is also the scene Konstantin and Nina take on the ghostly dispositions of Hamlet and Ophelia.

It follows that Trigorin is, in compelling ways, the counterpart to Hamlet’s Uncle Claudius in Hamlet. While Konstantin appears the irrational one, wanting to duel Trigorin due, on the surface, to literary disputes, Trigorin eventually destroys Konstantin’s chance for love and peace of mind, seducing his mother, and eventually Nina, as well, due to the power of his literary fame and prestige.

In spite of all its success, a constant preoccupation while watching The Seagull in Seagullmachine is how will Hamletmachine fit into this? 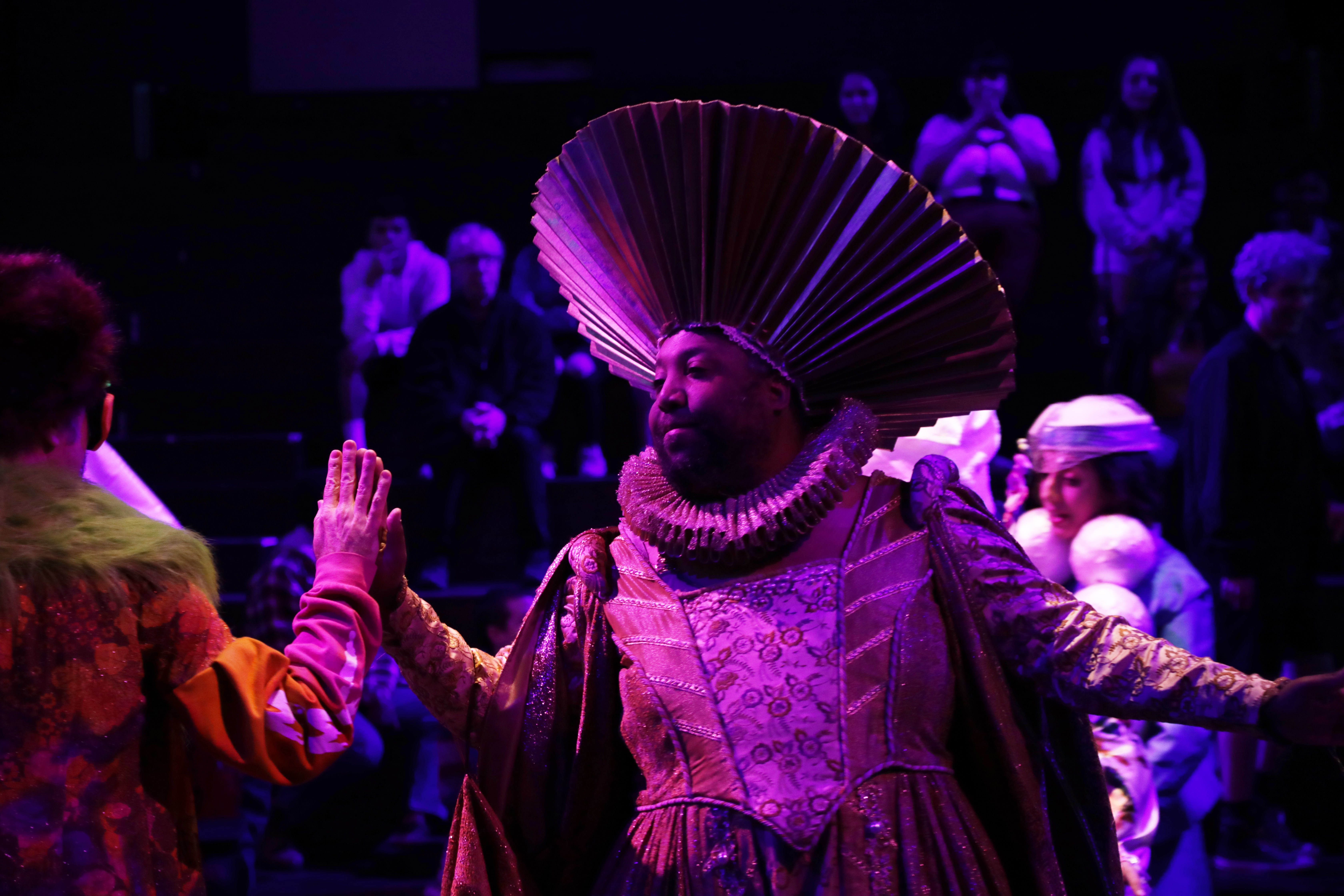 Heiner Müller, an internationally revered German playwright influenced by Bertolt Brecht, is not widely produced in the United States at this point. Those of us excited to see Hamletmachine were not disappointed. Hamletmachine is a six-page play, as edited and translated by Carl Weber in 1984. The Assembly takes what is, in Müller’s words, “this shrunken head of the Hamlet tragedy” and births it into a freewheeling, gorgeous extravaganza that meditates on Müller’s philosophical and political commentary relevant to the 1970s, and still relevant today, through a critical analysis of the disturbing imbalance of power in Hamlet and Ophelia’s relationship. [i]

Weber wrote in the introduction to Hamletmachine: “In an American production, Müller felt ‘the main character here could rather be Ophelia than Hamlet. I wouldn’t consider this as a disadvantage…it was my intention to make Ophelia a character of equal importance. That could become an interesting aspect in the U.S.’”

Co-directed by Nick Benacerraf and Jess Chayes, the acting is consistent, and the characters are engaging, throughout Seagullmachine. That, again, is no small feat considering how wildly ambitious this production is. One minute, we are in a lit room watching the Seagull, next thing you know, we are enjoying a Fleetwood Mac song. Hamletmachine begins, and after a time, we move to another room; here audience members are invited to dance with the actors, and they do. Meanwhile, a scene of Hamletmachine on video is thrown into the mix.

It is worth noting that Benacerraf conceived of Seagullmachine as a set designer. To quote the program, he “pushes the boundaries for how designers function as lead, generative artists in the creation and facilitation of devised play processes.” Müller said in a Der Spiegel interview on May 9, 1983, “The only thing a work of art can achieve is to create the desire for a different state of the world. And this desire is revolutionary.” If a revolution is happening in Seagullmachine, it is accomplished through the set designer assuming control of production direction to shift audience role expectations in subtle, yet exciting ways. How much are we allowed to join in the stage action?

Main actors are Layla Khosh as Nina, Jax Jackson as Konstantin, Neahassaiu deGannesas as Arkadina, Edward Bauer as Medvedenko, Marvin Bell as Sorin, Anna Abhau Elliott as Masha, Christopher Hurt as Dorn, Roles Andres as Shamraev, and Elena McGhee as Polina Andreyevna. Scenic design is also by Emmie Finckel. Design of the beautiful costumes is credited to Kate Fry, along with a team too large to list.

It is particularly satisfying to come away from Seagullmachine knowing Ellen Stewart’s spirit is alive and well at La MaMa Experimental Theatre Club!

[i] Hamletmachine, like The Seagull, had its own controversial beginnings. From the program:

“Heiner Müller’s Hamletmachine, the product of over 20 years of effort by East Germany’s most prominent postmodern dramatist, has an equally turbulent production history. An attempt to premier the play in 1978 foiled after the leading actor, who insisted on ‘an understandable, explicable, interpretable play,’ departed from the production.” 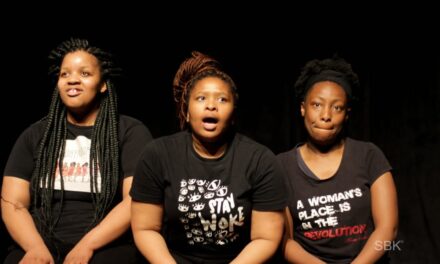