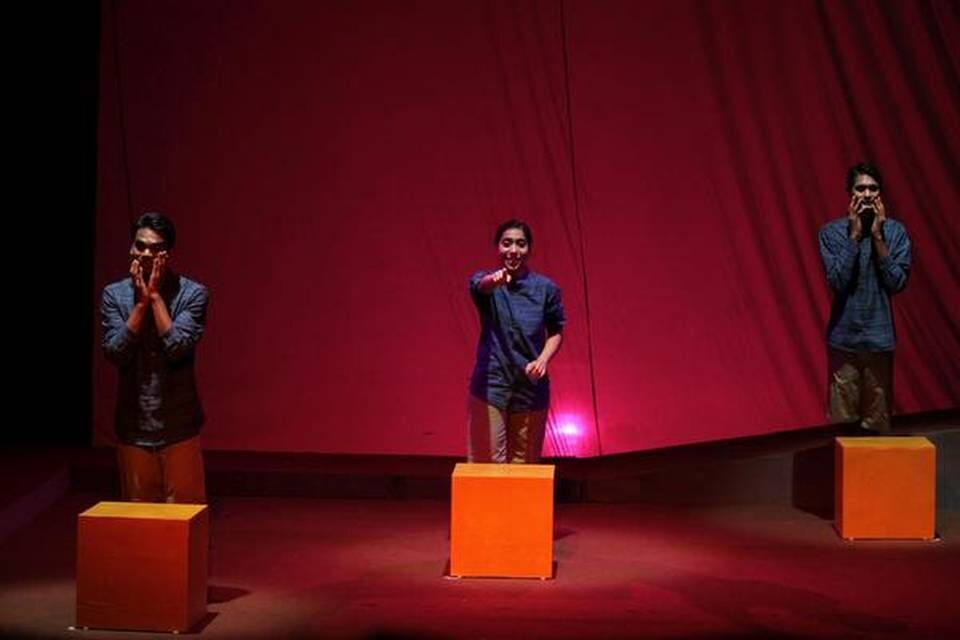 A scene from the play "Yavanavvanam." Photo from the original article.

How often do we see theatre groups honor a critic/cultural reporter through a theatre festival? Hyderabad-based Prayogam Theatre Group’s ongoing national theatre festival is a tribute to senior journalist GLN Murthy who passed away recently due to COVID-19.“ Theatre directors and actors are always recognized but there is no place for critics. We thought this is a good opportunity to recognize GLN Murthy, and celebrate his passion for theatre. He was also a member of our group and an inspirational figure,” says Siva Prasad Tumu, who founded the group with his friends. Siva Prasad and Venkat Naresh Burla, assistant professor, Department of Performing Arts, Central University of Jharkhand are festival directors.

The 12-day online national theatre festival from September 5 to 16 began with Aao Sati Sapna directed by Bollywood lyricist and singer Swanand Kirkire. Apart from Hindi and English plays, the festival also features Gujarati, Telugu, and non-verbal plays in gibberish. Interestingly, the Telugu plays are experimental ones. Siva Prasad, assistant professor at the Department of Dramatics at the University of Rajasthan, calls it a medley from across India. He says, “We have tried to incorporate different styles, performances, stories, and languages. That’s how a critic like GLN Murthy would have liked it. We also want to force the audience to look at different content.” Directed by Rajiv Velicheti, a multilingual play Yavanavvanam (based on a Telugu story written by Chalam) was also staged. Siva Prasad, who had a long association with GLN Murthy recalls, “He (GLN Murthy) told me that Telugu theatre was stuck at one point and should come out of it and borrow from other languages and production houses. We have kept that in mind when inviting new directors. Telugu audiences are habituated to look at theatre in a way. This festival will engage them with fresh perspectives.” Siva Prasad observes this online theatre festival is an opportunity for theatre practitioners to stay connected and continue their activity. “Many-a-time a good play is lost as it reaches only a limited audience. Here we can have the maximum reach and keep alive a vibrant art form,” he adds.

The plays being streamed are recorded performances and are uploaded for free on prayogam.in/fest; the link to each play is open for 24 hours after it goes online.

This article was originally posted at TheHindu.com on September 08, 2020, and has been reposted with permission. To read the original article, click here. 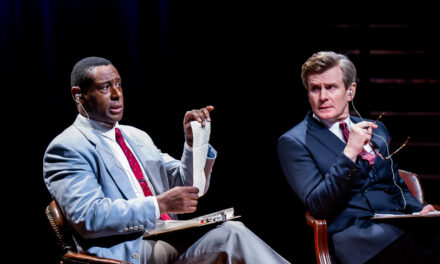