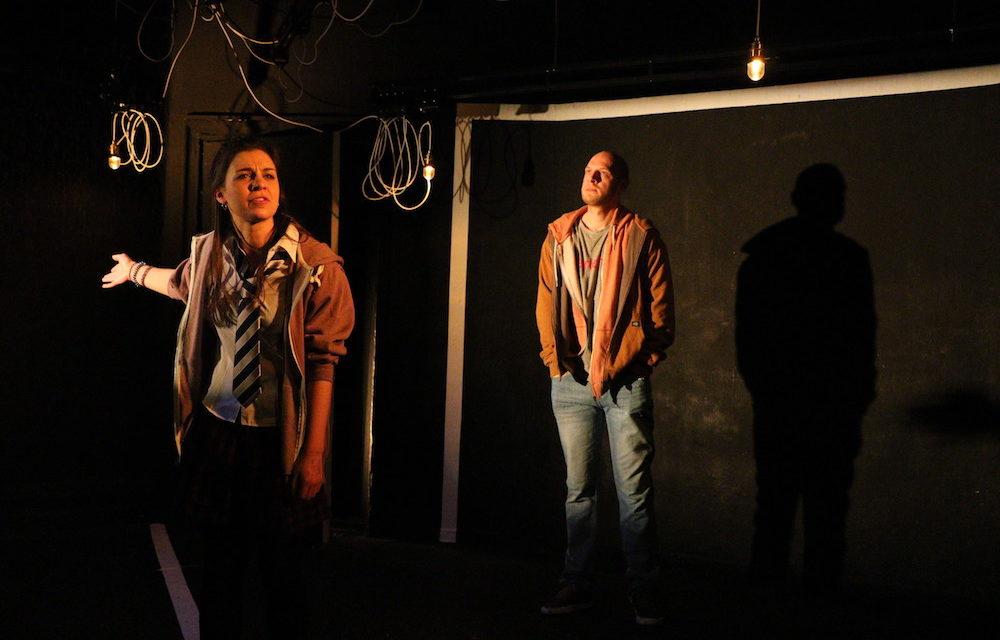 Many years ago, your time at school might even have been some of the happiest days of your life—now the playground is a battlefield. It’s full of weapons: the taunts, the insults, the threats, the secrets, the shit. On one side are the bullies, the strong and the beautiful; on the other the rest, the ordinary, the misfits and the outsiders. As well as tactics, there are bigger strategies: building a support base, hanging out with the right people, becoming a local hero through sporting prowess. In Kenneth Emson’s superbly crafted new play, Plastic, a small town along the Thames Estuary in Essex smolders its hormonal slow-burns until a teenage disagreement escalates into a tragedy.

At first, the story seems to be Kev’s. He used to be captain of the school football team, the one to take the penalty at the crucial All-Essex Schools Cup Final. In his bedroom, shelves of trophies, shiny on the outside, plastic in the middle. Plastic and worthless. Ditto the hero. Once the glory boy of the school, he is now well into his 30s, and a loser, not a Premier League footballer, but a shelf stacker and casual worker. Surplus DNA—and he knows it. In his bitterness, he casts his mind back to the day when he had the heart of a lion, and then to the time when he was 19 and was dating Lisa, a 15-year-old at the local school. With his car and his charm, he is a magnet for the young teen.

For her part, Lisa lives in Colville Close, “where it was small/Where it was close,” and her neighbors include Jack and Ben, who are also 15 and best mates. But their relationship is under stress: Ben is an outsider who is mercilessly bullied by the cooler boys, and who keeps fantasizing about violent revenge: “Think Columbine, think Virginia Tech, think Sandy Hook.” By contrast, Jack is a bright young lad who is loyal to his friend and who has, we think, a crush on Lisa, a girl who has understood the strategies necessary for survival in this suburban combat zone. She is gutsy, emotionally intelligent, and wants to lose her cherry. But, one day, instead of meeting Kev, she decides to hang out with Jack and Ben, just like they used to do. It’s a bad decision.

Meanwhile, Kev, having been told by Lisa to expect to have sex, is just as nervous as she is. He hangs around, smoking and getting jumpy. He drives his car until he runs out of petrol. What is so brilliant is that, from the beginning, Kev appears on stage as a 30-something and Ben is in his mid-30s. They represent two different ways of looking back at their teen years: the nostalgic and the horrified. At the same time, Jack and Lisa are represented as real teens, in the here and now. This device neatly gives the impression of both lived experience, and of looking back with adult wisdom. And the two worlds mesh perfectly.

As the stories unfold, what is remarkable is the emotional intensity of this play. It roars into life, full throttle and with a deep growl—as if it was a stolen car in the hands of two teenage joy riders. It comes at you, with a fearsome acceleration, and your first instinct is to run. But you can’t. Emson’s got you in a hold. I don’t remember the last time I felt such a grip on my guts. As events spiral out of control, with Ben losing it in a biology class and threats of extortion multiplying, sweat begins to break out, real fear enters the brain. The storytelling is super-powerful and the feeling is 100 percent experiential. Wow. Ugh. No.

It is also a very clever play. In this playground war, the worst thing you can be is gay. It is an open invitation to the bullies and to the dominant heterosexuals. Yes, it’s that toxic a picture of school life. But Emson presents Jack and Ben as ambiguous outsiders. They are best friends, but are they gay? Both gay? Or one of them, and if so which one? Or neither? The answer is a surprise. The toxicity of the situation is such that the homophobic abuse raises the emotional temperature, and this, in turn, leads to tragedy.

So although this is a small story about a small group of kids at a small school in a small part of England, it also projects a much more resonant picture of a troubled nation. If our children really are in so much confusion and anguish, then how can we feel comfortable? How can we sleep easy? What should we do? Thankfully, Emson never lectures us, but he does give a pointed portrait of a viciously competitive, bullying and sexist culture, a place where the strong pick on the weak, and where rumor and accusation have terrible consequences. Yes, this is working-class poverty: not so much material as spiritual and moral.

Josh Roche’s exciting, even exhilarating, Polaroid Theatre production is fluid and does full justice to Emson’s rhythmic, occasionally rhyming and poetic text. The story flows around the tiny Old Red Lion stage, gradually wearing away at our defenses and then finally pouring into our hearts. Sophie Thomas’s design uses a series of dangling light bulbs on rails above a bare set, laid out like a football pitch, and the cast slides these lights around to show changes in location, or focus, or to punctuate their anger. At one unforgettable point, during a sequence in which one story goes forwards while another goes backward, the characters say “Blink” as the lights change. This has an incantatory, almost hallucinatory, effect. And it’s brilliant. Thank you, Peter Small.

Striding through this tale of adolescence, betrayal and remorse, fantasy and failure, is a crack cast. Mark Weinman (Kev) and Thomas Coombes (Ben) ooze with the bitterness of defeat, with occasional glows of more positive thoughts, as they mine their memories of past school days, while newcomers Louis Greatorex (Jack) and Madison Clare (Lisa) give similarly complex accounts of the loyal friend and the wannabe popular girl. The result is the best piece of experiential new writing currently on the London stage.

Plastic was at the Old Red Lion until April 21.

This article originally appeared in Aleks Sierz on April 17, 2018, and has been reposted with permission. 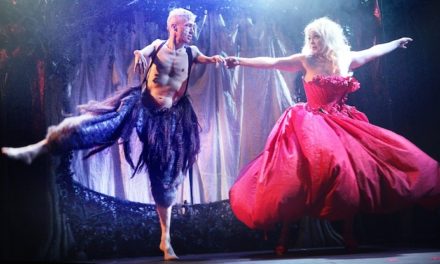