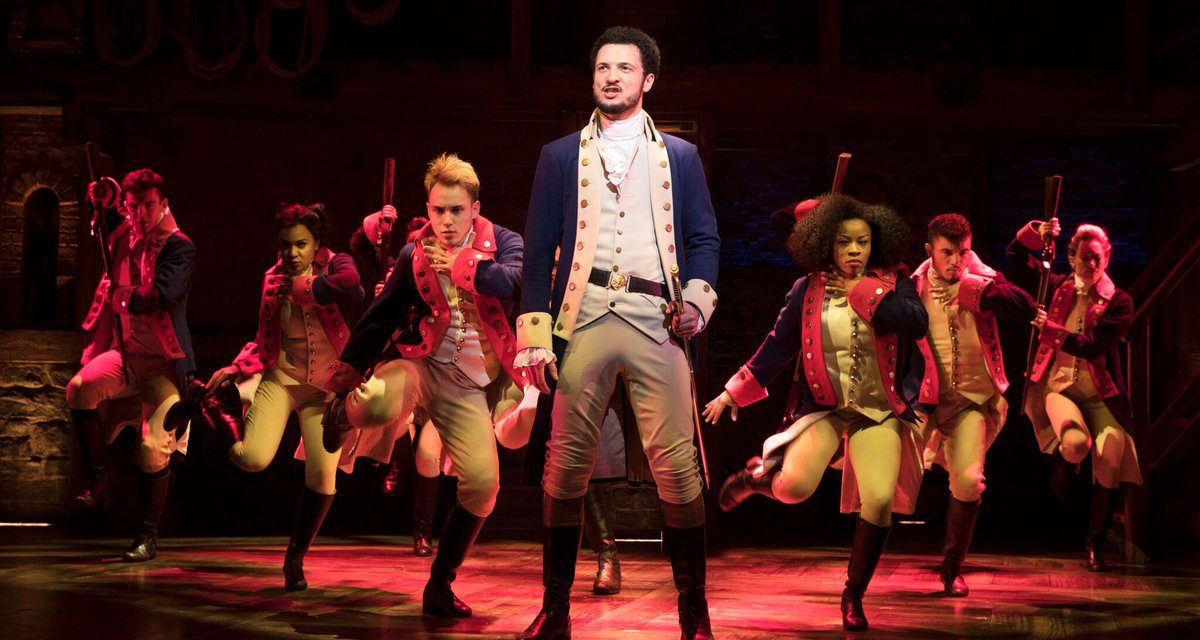 Hamilton swept the board at the Olivier Sunday night clinching seven awards including best new musical, best actor in a musical as well as outstanding achievement in music.

Lin-Manuel Miranda who wrote the music and lyrics and created the hit show shared the outstanding achievement award with Hamilton orchestrator Alex Lacamoire.

The musical which tells the story of the American Founding Father, Alexander Hamilton, also won awards for best actor in a musical for Giles Terera for his role as Aaron Burr and for best-supporting actor in a musical Michael Jibson for his comic turn as King George III.

There were wins for Jez Butterworth’s The Ferryman, which won best new play, best director for Sam Mendes and best actress for Laura Donnelly in her role as Caitlin Carney in the drama set in Northern Ireland during The Troubles.

Bertie Carvel won best supporting actor for Ink written by James Graham which charts the birth of The Sun newspaper.

Graham won best new comedy for his play Labour Of Love about a Labour MP set over 25 years.

The Royal Court’s production, Killology won the outstanding achievement in affiliate theatre and Dick Whittington won for in the best entertainment and family category.

In the dance categories, the best new dance production went to Flight Pattern by Crystal Pite for The Royal Ballet at the Royal Opera House. Francesca Velicu won outstanding achievement in dance for her performance in the English National Ballet’s production of Pina Bausch’s Le Sacre du Printemps at Sadler’s Wells.

The Royal Opera House won best new opera for Semiramide and Joyce DiDonato and Daniella Barcellona won for outstanding achievement in opera for performance in Semiramide.

Presented by Catherine Tate, the awards saw performances from West Side Story and Joseph And The Amazing Technicolor Dreamcoat as well as nominated musicals including Hamilton and Follies.

Many of the actors in attendance at the ceremony wore a Time’s Up badge in solidarity against sexism and abuse.

This article first appeared in Inews on April 8, 2018, and has been reposted with permission.