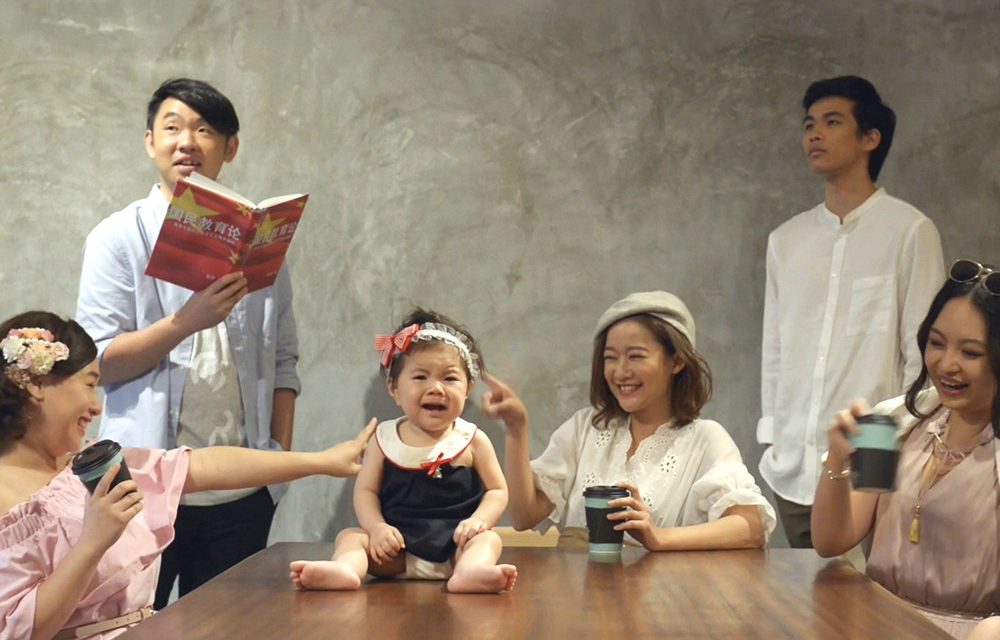 Children. They have the power to change everything. The power to change the future. At least that’s what several of the characters come to recognize in two plays written by celebrated local playwright and director, Tang Chi-kin.

The Great Learning and Doctrine Of Happiness are plays two and three in a trilogy that began with Chinese Lessons in 2016. The plays, all produced by the Hong Kong Arts Festival, follow the lives of a group of young Hong Kongers. We meet them first when they are still children themselves, brought together as Form Six students struggling to pass their finals exams in a local secondary school. By the last play, they are discussing what they want for their own children’s education and we see how tides have turned.

In the first play, set against the backdrop of political unrest that eventually erupted in 2014’s pro-democratic Umbrella Movement, the characters are encouraged by a passionate professor to voice their opinions about the Chinese history and language they are so rigorously taught. A modern retelling of The Analects, the book of Confucian teachings still taught in local schools today, a lingering question in the play asked what relevance Confucian social and political philosophies had for students on the cusp of leaving school for the adult world. It’s a theme that extends through the trilogy. If all that sounds serious, it wasn’t. The play, which used dialogue inspired by real-world students that the director worked with, was called witty and light and showed imaginative staging.

By the time we meet the characters again in The Great Learning, the second play, named after a classic Confucian text, the audience learns how character ideologies play out as they enter into adulthood. Some go to university, some begin careers, some get married. They remain passionate, but life confronts their expectations. Their joint history and the sometimes radical ideas they shared in class together bind them and sometimes tear them. In one powerful scene, a young policeman is required to arrest a social activist in a street riot, dragging him away from the protests. These two, we discover, are best friends wrenched apart by differing views.

In Doctrine Of Happiness, the characters are nearing their 30s and having children themselves. Three mothers at the center of the story are reunited at a playgroup, where they rekindle their earlier discussions about the school system, now channeled through their present shared lens of new parenthood.

There’s a documentary feel to the series. Tang, 35, a talented writer and performer as well as a director, worked together with a researcher and met with university professors, police, activists, and political leaders for six months ahead of writing these two new productions. As he did with the first play, he tried to pick out the language and word choice of the people he met, giving them authentic voices and a platform to share the differing viewpoints rising from Hong Kong youth today.

During his research, Tang stumbled on one overriding feeling: that of limitation. Young parents feel trapped by what they want for their children and what’s actually available. Many parents he met skewed away from the “tiger mum” concept, he says, a term first used to describe a strict and involved parenting style by Chinese-American author Amy Chua in her 2011 book Battle Hymn Of The Tiger Mother. But in Hong Kong, with a system where gaining even a preschool place is hugely competitive and depends on the production of a manual of academic and community achievement, and where, throughout the school years, academic achievement is viewed superior and achieved through drills, cramming, and extra classes, young parents feel they have little choice but to jump through the hoops and play the game. “They fear being left behind,” says Tang.

One teaching assistant told him she felt passionately opposed to the idea of pushing children academically at school, molding them to fit the system, but admitted the school she worked in required it. There seems little room for an alternate path. The idea of this pressured system for learning gave rise to the play’s title, Doctrine Of Happiness. “If you want your child to have a happy, wonderful, fantastic life,” says Tang, “you are told that you have to do this.”

The title is taken from a Confucian ideal that implies that if you have a family, are educated, carry yourself correctly, don’t go to extremes and act with respect, you’ll acquire the means for happiness. But things have gone too far when there is no choice. “Everyone has to do it. It has become a doctrine,” says Tang.

Yet, these teachings, passed down through thousands of generations are inherent in Chinese societies, the director says. “We don’t have a bible. But we have a manual of behavior,” he says, about Confucian teachings, and they dictate everything from how a person learns and defines themselves in society, to how to speak with older people. “It’s great, great wisdom, but how do you apply it now?” he asks. 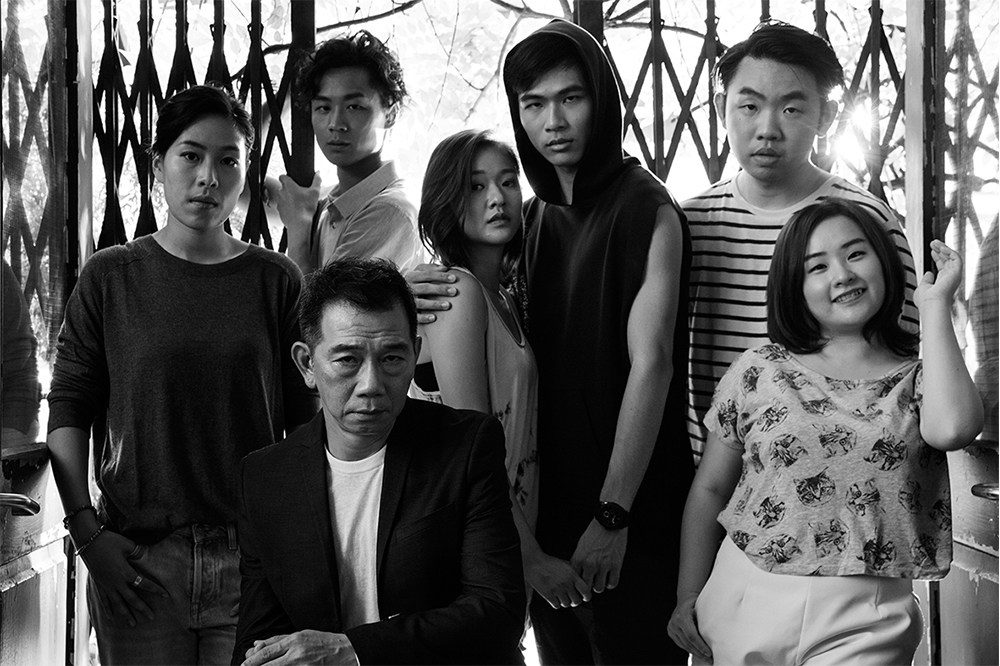 The question spurred the first play, the two that followed–and possibly more to come. He would like to follow these characters at least once more, he says, if the Arts Festival is willing. He cares passionately about the subject matter, and sought to present genuine viewpoints, not his own. But while Tang admits the importance of working with the youth he is writing about, he says his job is to tap into their sentiment and then step away to create a dynamic piece of theatre. His tone is light, and he recognizes the need to entertain. “You don’t want to scare people away,” he says. “This isn’t the news. You can go and read the news or put on the TV for that.”

The two plays are very different in feel. The Great Learning will be staged at City Hall, on a traditional stage, and is the more serious of the two plays. Character differences emerge that cause tension, and although some scenes show the students relaxed and having fun, many scenes are dramatic and suspenseful with action. Doctrine Of Happiness, played in the round at the Cultural Centre’s Studio Theatre, feels more personal and aims at a glimpse of a moment in time. The humor is dark, and in some places absurd.

The play’s themes feel entirely current, now that the Umbrella Movement is back in the news after the High Court overturned in February the sentences of three of its founders, Joshua Wong, Nathan Law, and Alex Chow. Carrie Lam recently announced that Chinese history will become a compulsory subject for Junior School students onwards, a move that revived concerns that local education is not only standardised but nationalist.

We leave the characters at the end of the third play asking what stories they might want to tell their children, and how, in a rigid system, they might go about it. Times have changed. Their own fight feels cold now, they have others to consider. They feel that their lives are finished, and that the next thing to do is focus on the children, for perhaps it is they who will learn the answers.

The Great Learning runs from February 24 to March 4, 2018. Doctrine Of Happiness runs from March 17 to March 25, 2018. For more information please visit the Hong Kong Arts Festival 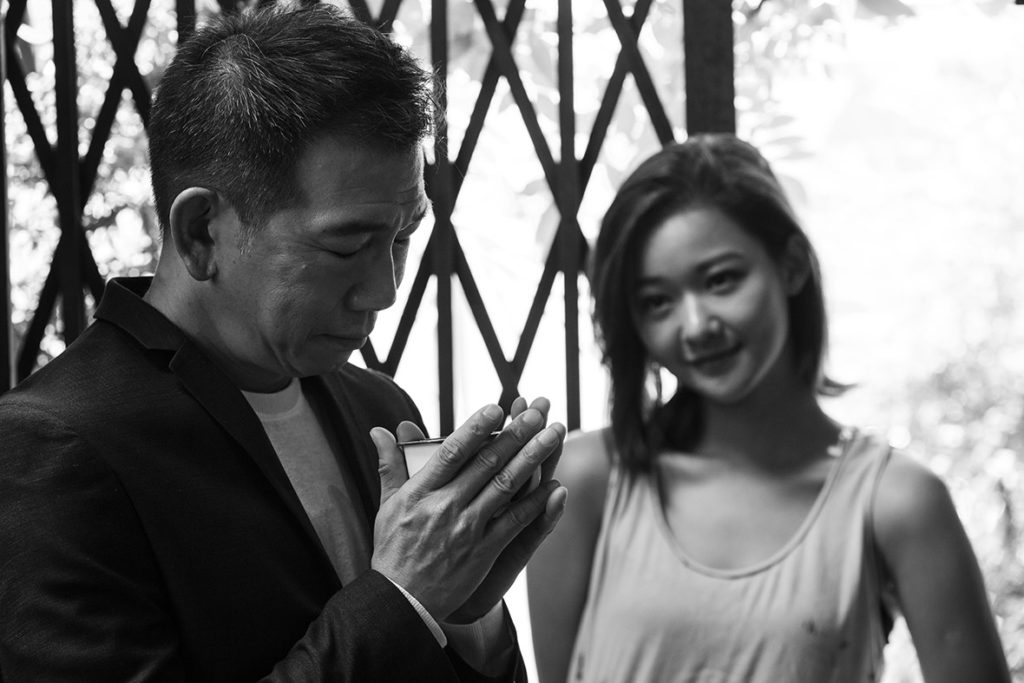 This article was originally written by Elle Kwan for Zolima CityMag on February 13, 2018. Reposted with permission. 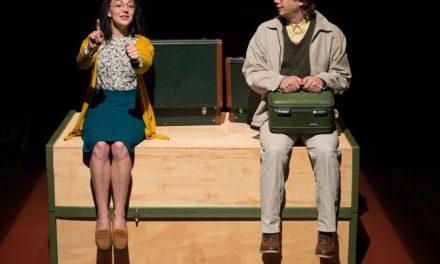