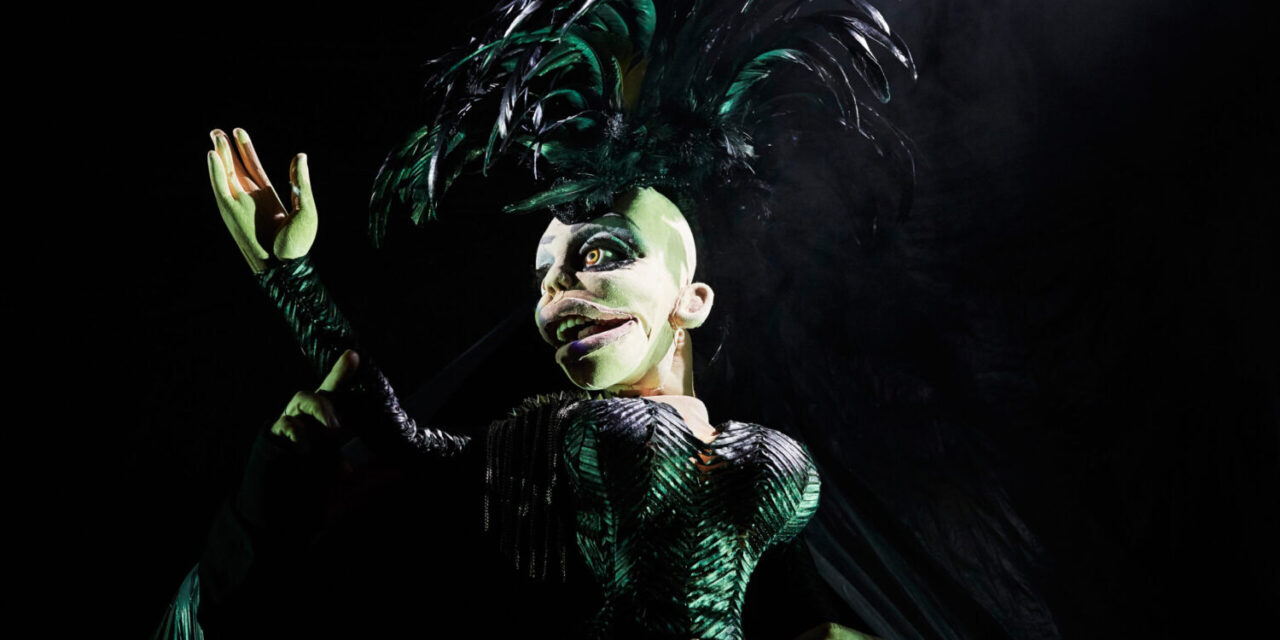 “If you allow me the time to exist, everything will be all right,” announces a gregarious gender fluid puppet. Inspired by Sweden’s gender-neutral pronoun, HEN is the latest production from French theatre artist Johanny Bert and his Théâtre de Romette.

While closer to rock opera than classical music, this cabaret-style show, accompanied by live cello and percussion, is a playful and poetic update of the 19th-century puppet opera.

HEN opens with a movement sequence during which the eponymous puppet floats behind a thin screen of plastic. This texture blurs the contours of HEN’s body and establishes a distance between subject and audience. It is the perfect metaphor for a fluid identity that refutes easy labels and often exists at the margins of society.

But HEN is there to tear this barrier apart, both literally and figuratively. Ripping through the plastic to take center stage, HEN asks the audience what they see. The audience need not respond; the puppet ticks off a list of possible answers. HEN doesn’t provide any affirmations, though. Instead, the performance revels in plurality, evoking multiple representations of gender, sexuality, and identity throughout. 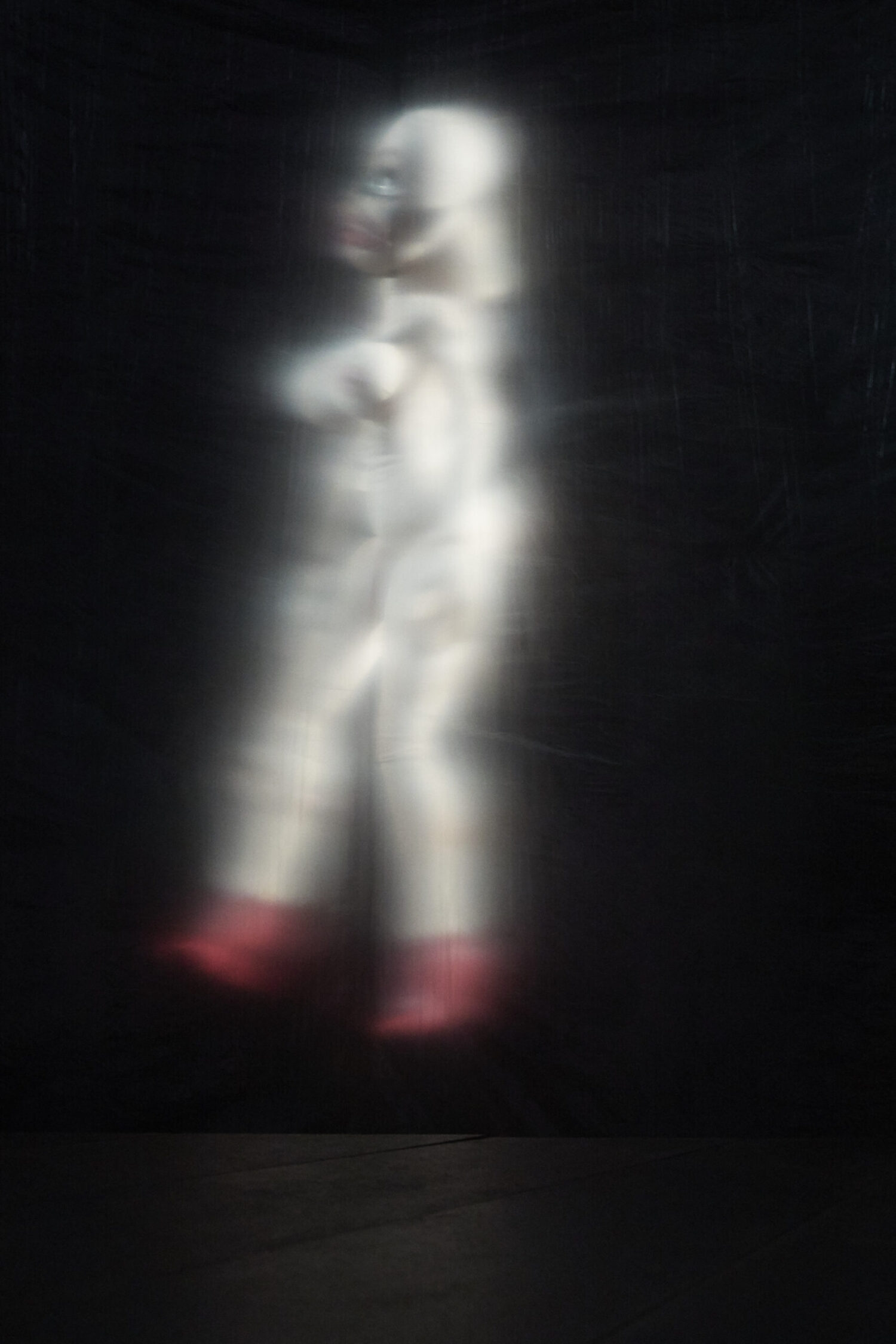 Part glam-rock, part Marlena Dietrich, the puppet HEN is a human composite with detachable anatomy, including genitalia and breasts that undergo constant metamorphosis with the support of two puppeteers. Clad in black (Ningyôzukai style), HEN is articulated by Anthony Diaz and Johanny Bert. The latter also voices the role of HEN with a microphone strapped to his chin, an impressive feat given the physical nature of the performance. As the sole puppet, HEN remains in constant motion, dancing and undergoing various physical changes. 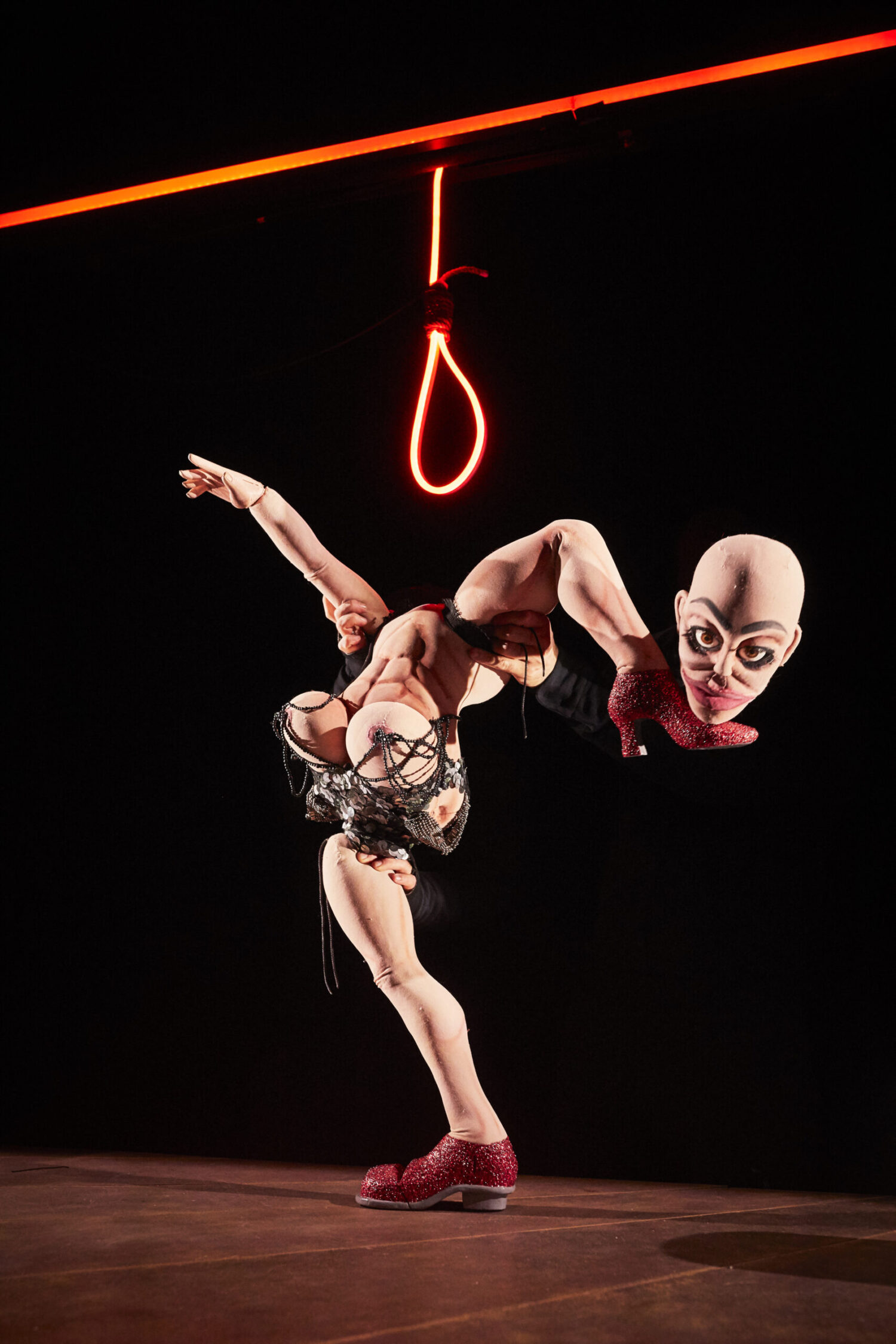 Oscillating between adult humor and pathos, HEN has a clear message: If you are uncomfortable with someone’s personal identity, that’s your problem. Similar themes run throughout Johanny Bert’s previous performances for young audiences. But this show, the first in which the puppeteer sings, has been created for an adult public.

And there’s the rub. While HEN is an inventive and saucy assertion of fluid identity, it’s unclear how the show will reach the public that truly needs to see it. Based on positive audience response, HEN is currently preaching to the converted. Nonetheless, the performance remains an important meditation on gender and sexual identity that ends with a chilling line, “ I don’t exist.”  It’s a deceptively simple piece of writing that hits hard. It recalls the safety of object-based performance while underscoring the violence and marginalization experienced by real-life HENs.

Now, how do we get a less enthusiastic audience to the theatre to see it?