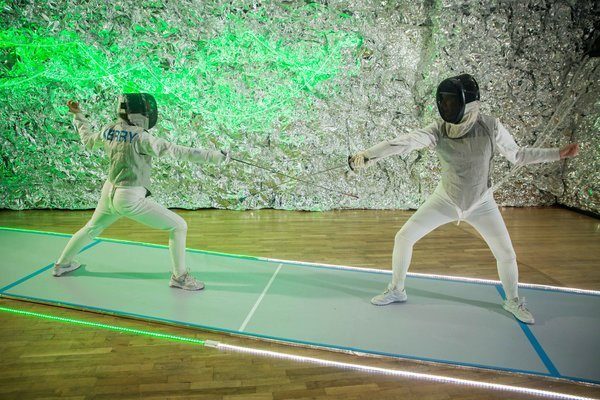 Yesterday I knew nothing about the playwright Gracie Gardner or The Hearth, a feminist theater company co-founded by Kenyon alums Julia Greer and Emma Miller. Today, after seeing Miller’s production of Gardner’s Athena at Jack in Clinton Hill, Brooklyn, starring Greer and the equally awesome actress Abby Awe, I want to see everything all these young women do. Gardner recently won the American Playwriting Foundation’s Relentless Award for a previous play, Pussy Sludge. Relentless is also an apt word for Athena, an 80-minute wolf-stare of a play that freezes you in its opening seconds and doesn’t really release you until the lights come up again.

Athena is about two teenage fencers who decide to train together in New York City for a national competition. Much of the physical action consists of actual épée-fencing that is very carefully staged and adroitly performed, as it has to be because vital dramatic questions turn on the outcomes of thrusts and bouts. The girls chat together for the first time after one of them bursts into tears after losing to the other. We then watch them gradually grow closer while practicing. They challenge each other physically, share innumerable facts, quirks, confidences, foibles, and observations, and also question each other’s tactics and values. Crucially, though, trust never fully gels between them.

Mary Wallace (Awe) and Athena (Greer) ought to be besties, if only because five hours of daily training together leave little time for other friends, but caution and competitiveness hang in the air between them like referee whistles. There is a class difference. Mary Wallace buses in from Teaneck, NJ, cares a lot about homework, has an intact family she likes, and wants to be an environmental lawyer, whereas Athena lives with her tuned-out, chain-smoking single dad in cramped NYC apartment, has adopted a goddess’ name (she won’t reveal her real one), and doesn’t seem sure about college. Other differences may weigh even more heavily. Mary Wallace, for instance, is short, shrewd and virginal while Athena is tall, muscular and (in Mary Wallace’s words) “advanced.” Awe and Greer make these characters so intimately vivid and particular you feel as if you’re eavesdropping on them in the gym.

It would give away too much to spell out where the tension leads. Suffice it to say that being true to oneself in the spirit of pure competition figures centrally in the climax, whose outcome is reflected by the wonderfully innocent and clarifying reactions of a surprising third character, Jamie (Eva Ravenal), who enters briefly in the final scene.

Athena shares certain basic features with last year’s Pulitzer finalist, Sarah DeLappe’s The Wolves, which also deals with trust, loyalty, and burgeoning adulthood among girl athletes (soccer players) who practice in front of us onstage. Gardner’s play is in some ways sharper, though, partly because the cast is smaller but also because fencing is just easier than soccer drills to pull off realistically in a theater. In any case, rumor has it that this fantastic show may extend its sold-out run. I hope it does, because it deserves that, and more.

This article originally appeared in Jonathan Kalb on February 26, 2018, and has been reposted with permission. 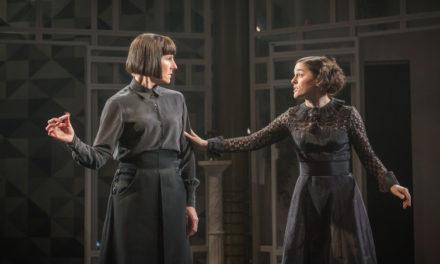 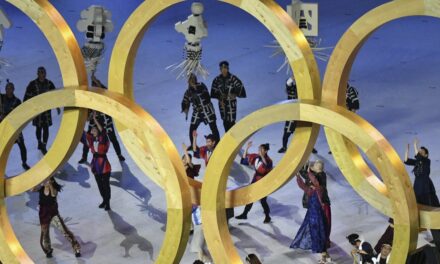