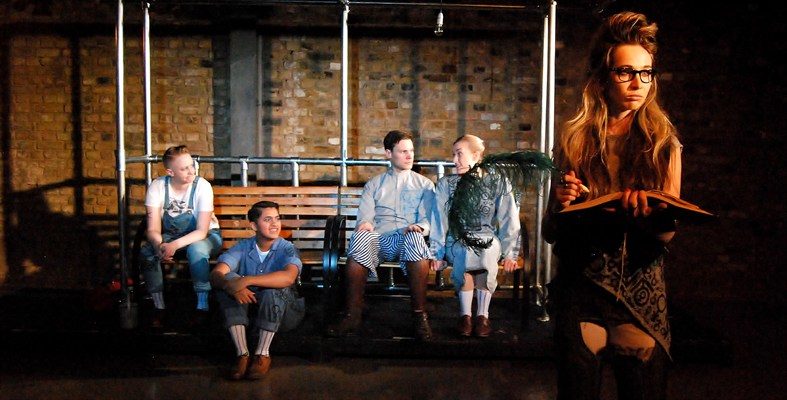 A blog by Rach Skyer for UK Theatre to mark LGBT History Month. Producer and Actor Rach Skyer is a member of the Arcola’s Queer Collective, a performance collective exploring queer identity and how to present it theatrically. The group is open to anyone identifying as LGBTQI* in East London.

The theatre is about truth. The stories we tell are reflections of the world–or at least the world as we understand it. With that in mind, theatre-makers must interrogate the industry to question who benefits from the stories, which voices are missing and how we can disrupt the current state of affairs.

In approaching queer theatre, the productions on our stages are and have been notoriously lacking in diversity; disregarding the complexity of queer experiences. What the industry has failed to recognize is that there is not one defining queer narrative.

Hearing word of the Queer Collective during a five-year itch in a turbulent relationship with London, I attended an R&D workshop for an upcoming production in 2017. I found myself in a room where individuals were encouraged to be themselves, where conscientious engagement was championed; and where I could also meet another person who also enjoys pretending to be Kenneth Williams whilst doing the hoovering.

As a community theatre company for LGBTQIA+ people in East London, led by and for LGBTQIA+ people, the Queer Collective was founded in 2014 as a response to the lack of queer diversity on London stages, but also in homage to the groundbreaking community-led queer groups, many of whom were attached to theatres.

The Collective welcomes anyone who self-identifies as LGBTQIA+ and members comprise of actors, musicians, artists, cabaret performers, as well as others with no formal theatre or performance background. In other words: it is a smorgasbord of talent and unique voices.

Now coming into its fourth year, the Queer Collective have produced four sold-out productions so far, ranging from queering classics–such as A Midsummer Night’s Dream (2015) and The Little Prince (2016)–through to revisiting the first gay plays staged in the 1920’s–such as Mae West’s The Drag and Edouard Bourdet’s The Captive, adapted as The X (both in 2017).

What strikes me about the Collective’s work going into their upcoming season is the eagerness to explore different experiences across the scope of the queer community; developing our own understanding in the process of bringing marginalized stories to audiences.

This year’s season (starting in February at the end of LGBTQIA+ History month) will be our biggest yet with three productions, all of which re-appropriate narratives or stories from which queer people have often been excluded.

It seems appropriate then that the theme for LGBTQIA+ History month 2018 should be “Geography: Mapping the World” as we hope to shine a light on underrepresented stories in a global society. Stories of people in the non-Western, and wider English-speaking world with our readings of Queer Plays from Around the World. Stories of the challenges faced by LGBT asylum seekers in the UK with Ice&Fire’s LGBTQIA+ Asylum Monologues. A celebration of Queer People of Color as we welcome with special guests from the Cocoa Butter Club.

Taking a step forward in the challenging landscape of UK theatre, the Queer Collective are helping to build the foundations for future change. There’s a way to go. But thankfully, they do look pretty fierce in overalls.

This article first appeared in the UK Theatre Blog on February 5, 2018, and has been reposted with permission.  Read the original article here. 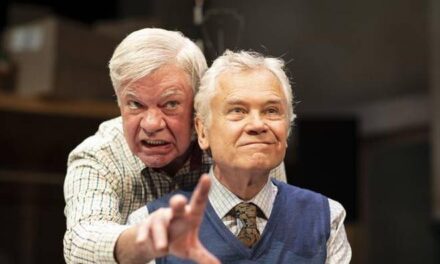