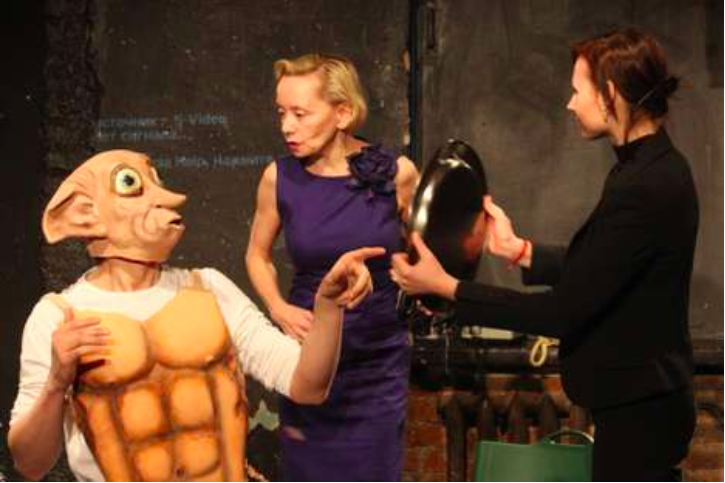 The "BerlusPutin" show has become a good example of political satire which earned popularity among those who took to the streets during post-election unrest. Source: Michail Guterman.

A production by the Moscow’s Teatr.doc has not just soared to popularity as a cultural event, but has become imbued with a message of protest and evolved into a symbol of the Occupy Abai movement.

The BerlusPutin show, put on by Moscow’s Teatr.doc has already earned a place in the modern history of protest movements – a traveling version of the performance was given on Chistoprudny Boulevard next to the monument to poet Abai Qunanbaiuli (Abai Kunanbayev) during the famous opposition meeting there. It may be impossible to say if the play deserves a place in the history of theater, however, since organizers have not been able to put it on since its opening performance. In St. Petersburg, a performance fell through after none of the theaters contacted by tour organizers agreed to lend their venues for the notorious show and rumors say that the same thing has happened to other planned performances.

Theoretically, the government should be pleased with this outcome. On the one hand, it poses no threat: the show’s one-time audience cannot have exceeded 100 people and those who actually came to see it are not exactly fond of the current political regime in Russia anyway. On the other hand, the Kremlin ideologists can always cite BerlusPutin to counter any accusations of censorship: what censorship can there be, they might argue, when such things are shown openly in the center of Moscow?

The performance is based on a play by the Nobel Prize-winning Italian playwright Dario Fo. Fo has never been particularly known for his deference to political figures: 20 years ago, he and his wife actress, Franca Rame, brought to Moscow their satirical play featuring Pope John Paul II. Time has supplied Fo with a lavish and unending stream of picturesque characters. His play, L’Anomalo Bicefalo, on which stage director Varvara Faer based her BerlusPutin, builds on an imaginary visit by Berlusconi to Putin during which an assassination attempt is made on the Russian leader. As a result, Berlusconi agrees to give part of his brain to Putin. The result, BerlusPutin, has no memory of anything, so they bring his wife to try and reawaken her husband to life’s grim reality.

This is, however, merely an exposition, since the play itself is not about the attack and subsequent operation, but a movie to be shot about those events. Viewers watch a film director trying to persuade an actress to appear in what promises to be a controversial and sensational film. It is difficult to determine where the imagination of the stage director and actors actually replaces Dario Fo’s original idea and text, but the point certainly exists because the performance is literally packed with poignant signs indicative of Russia’s present-day political life. As it happens, it is so fiercely and generously overwhelmed by the reality that, at a certain point, the plot itself fades into the background.

From the viewpoint of theater critics, this Teatr.doc production is only interesting insofar as it brings forth some very talented actors – Yevdokia Germanova and Sergei Yepishev. Both of them are gifted comedians and they try to play their grotesque parts, balancing the fine line between fiction and reality. The stage material is itself more superficial and boring than the actors and the show actually falls into decline long before the viewers are excused to go home. But the quality of the work itself hardly matters against the backdrop of today’s Russia.

This post first appeared on Russia Beyond on August 11, 2012 and has been reposted with permission. 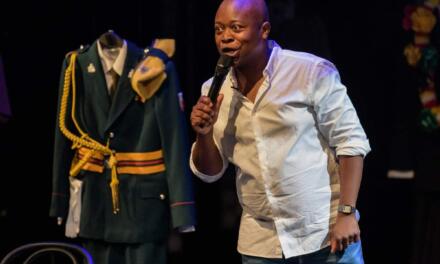 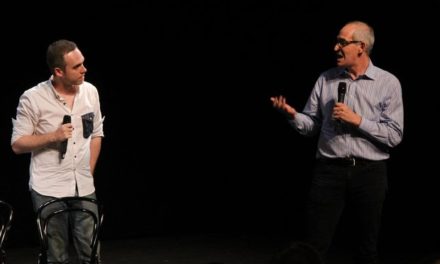