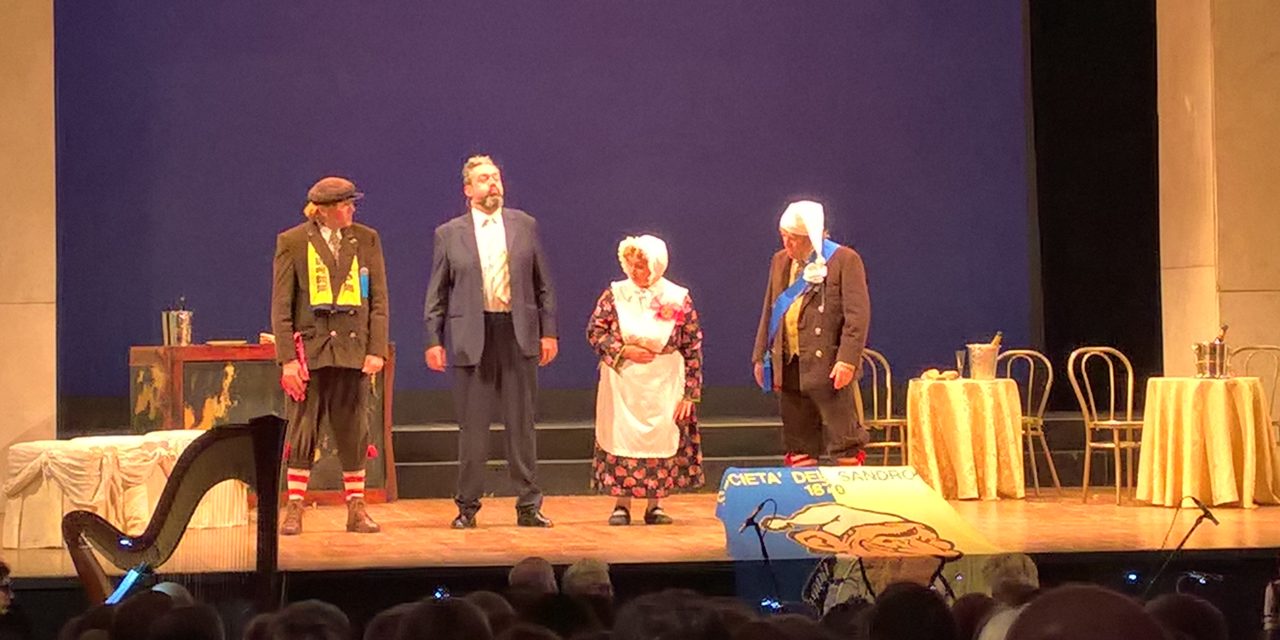 Do you know what operetta is? Literally, it indicates a small opera, mostly in one act, with a tragic or comic nature. The Operetta became a proper musical genre during the nineteenth century; it designates a music show (orchestra, solos, duets, choir, dances) presented with prose dialogues, which–regardless of any severe stylization for its light mood in contrast with the serious opera and the great comic opera–finds in the frivolous and sometimes lascivious gaiety in the explosions of noisy buffoonery and in the whimsical fantasy of his stage story. It’s a kind of musical!

The La Principessa Della Czarda or The Gypsy Princess is a type of Operetta. First shown at the Johann Strauss Theatre, La Principessa Della Czarda was presented in Vienna on November 13, 1915, at the start of the First World War. The libretto talks about of the impossibility of marriage between descendants of the Viennese aristocracy, and the beautiful, captivating leading ladies from the variety circuit.

A young prince, Edwin, spends his evenings frequenting a famous local music hall in Budapest. He falls in love with Sylva, and his love story is not destined to last. In fact, his father, who is against the union, has arranged an official engagement for his son to Countess Stasi. Despite this, Sylva and Edwin fall madly in love and, before parting ways. The prince draws up a marriage contract, in which he promises to marry her within eight weeks.

As is tradition, on the last day of carnival, one of the most important theaters in Modena, The Storchi Theatre, puts on stage this famous operetta, revisited with the insertion in the history of some Modenese masks or “comedian of Modenese culture.” The Princess Of Czarda features music by Emmerich Kálmán and Libretto by Leo Stein. The libretto of La Principessa Della Czarda has been adapted to make room for the exhilarating jokes of Sandràun, his wife the Punònia, and is the son Sgurghighèl, representing the mask-comedian of Modena’s culture. 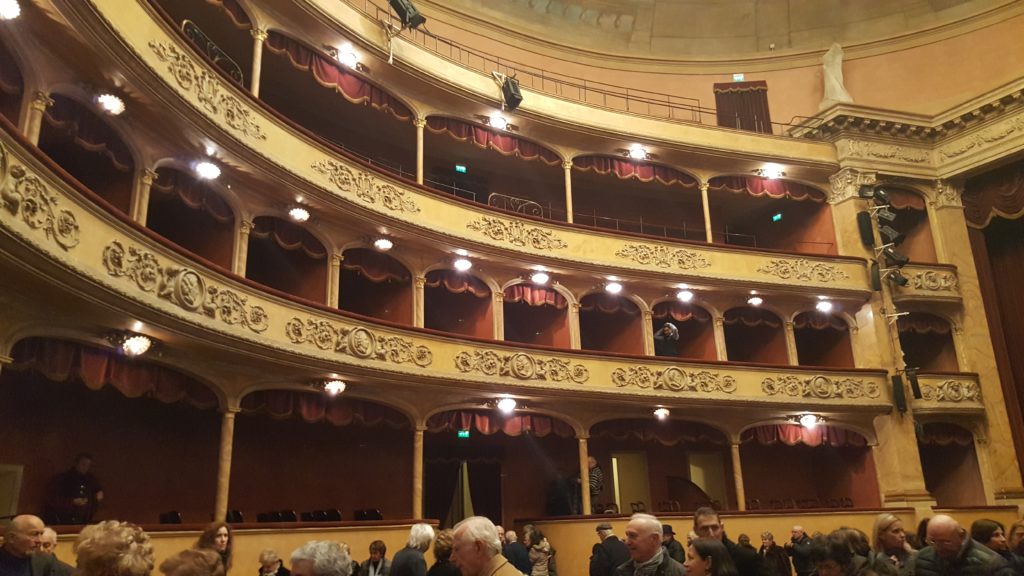 The idea of transforming a famous play into something different is a common practice in the theater. In this case, I think it was a bad production. This operetta, written before 1915, was at that time, sung by true opera singers and accompanied by a real orchestra. The play, shown in this gorgeous nineteenth-century theater, immediately presented choices that didn’t speak to artistry. The orchestra was reduced to a few musicians that sounded amplified by a microphone. It made the effect of a big orchestra, thanks to the sound engineer.

The few strings called to support the orchestra and the singers themselves, who once sang with their own force of their natural voice, sang with the microphone as the pop music singers, completely distorting the classic sound of the genre. That was the temple of opera, not the stage for a television show!

The audience, so used to amplified music, probably did not even notice the use of microphones. When they go to listen to a real opera in the theater, they will not be amazed by loud voices, but instead, by singers and an orchestra that is much more prepared.  Honestly, this version of La Principessa Of Czarda was an artistically useless show, written more to give continuity to a local tradition, than for any real artistic reason.