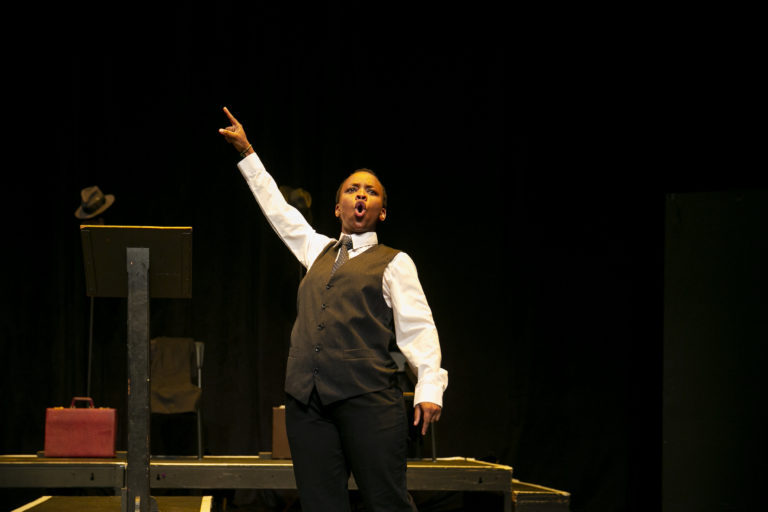 Daddies of Sugar with its catchy and somewhat risqué title is Jefferson Tshabalala better known in theatre circles as ‘J’. Bobs Tshabalala’s latest theatrical offering which pokes fun at shenanigans of modern-day ruling elites.  The tongue-in-cheek title of this production was coincidentally derived from another production which J. Bobs Tshabalala penned in 2014 which was called Secret Ballot. Its five featured characters came to be affectionately known and referred to as the ‘daddies of sugar’ – a clever and deliberate wordplay of the more common ‘sugar-daddies’, a term which describes older men who have transactional relationships with younger women.

Thuto Gaasenwe expertly plays multiple characters of the ‘daddies’ in the production. The ‘daddies’ all of whom are instantly recognizable as their various idiosyncratic behaviors and/or phrases they use give the audience a sense of who is being referred to and what they have come to be known for as politicians. Much of the action takes place at a fictional conference and one gets a glimpse of the goings-on at these much talked about political events.

Daddies of Sugar loosely follows in the rich tradition of South African political satire popularised by greats such as John Kani, Winston Ntshona, Athol Fugard, Gibson Kente and many others who used political satire theatre to ridicule and ultimately bring down Apartheid and all it represented. As for Thuto, the way she is able to carry the story and step in and out of multiple characters is nothing but remarkable and one gets a sense that she is destined for greater things in the industry.

It is no wonder then that Jefferson Tshabalala was awarded the 2020 Standard Bank Young Artist for Theatre because not only is he a prolific writer and director, but he also uses theatre to bring to attention important socio-political issues facing the country. For this production, all the proceeds of the run were donated towards covering the full tuition fees and living expenses for students studying at the Market Lab – now that is ‘Ubuntu’ in action, J. Bobs Tshabalala!

Daddies of Sugar written and directed by 2020 Standard Bank Young Artist for Theatre, J. Bobs Tshabalala and featuring Thuto Gaasenwe was on at the Ramolao Makhene Theatre (Market Theatre) from 10 – 14 December 2019.

This article was originally posted at The African Theatre Magazine on January 16th, 2020, and has been reposted with permission. To read the original article, click here. 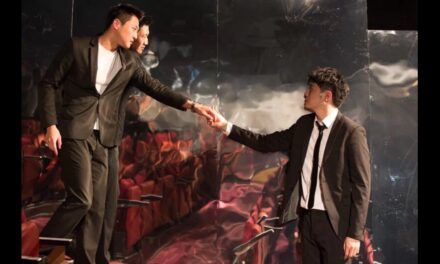