Movie or Musical? “West Side Story” at The Broadway Theatre 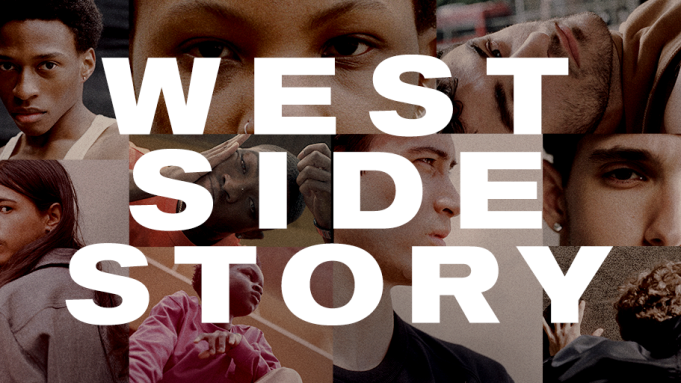 "West Side Story" at The Broadway Theatre.

It seems that the classic Broadway musical West Side Story may be getting not one but two film remakes this year. Or rather, one film remake by Steven Spielberg later in the year and one film-like stage revival that has recently arrived on Broadway. This latest production of West Side Story provides a cinematic and contemporary take on the classic 1957 retelling of Romeo and Juliet with a book by Arthur Laurents, music by Leonard Bernstein, and lyrics by Stephen Sondheim. It tells the story of two opposing Manhattan gangs, the Jets, led by Riff, and the Sharks, led by Bernardo. Caught in the crossfire are Tony and Maria, who have associations with the opposing gangs, putting them at odds. Nevertheless, they fall in love, and attempt to make it work despite the objections of their respective communities.

Directed by Ivo van Hove, the revival utilizes camerawork and a projector to provide theatregoers with an experience akin to watching a musical and a movie at the same time. The camera draws audience member’s attention to inventive choreography by Anne Teresa De Keersmaeker, intimate moments between lovers Tony and Maria, and various backgrounds of Manhattan neighborhoods. Backing this up is lighting and scenic design by Jan Versweyveld, a longtime collaborator and partner of van Hove. These design aspects likewise play up the filmic qualities, appearing highly detailed and realistic in the close-up shots of the live streamed content.

But to paraphrase a line from Jurassic Park, the designers were so preoccupied with whether or not they could that they never stopped to think if they should. The camera also provides live streams of portions of the show that for some reason take place entirely off stage. Other segments shoe-horn in recorded video of dancers that distract from the live ones onstage. This is a pity, because the production features many talented singers and dancers. Shereen Pimentel especially stands out as Maria, a role that showcases her powerful singing voice juxtaposed with the quieter moments of the show.

The revival features other changes, notably removing the song “I Feel Pretty” and providing edited or recontextualized versions of other musical numbers. For the song “America,” the production employs the version of the number from the 1961 film, sung by Anita and Bernardo instead of Anita and Rosalia. As they sing, the production features a backdrop of various aerial shots of New York City, one of the cases in which the projections serve to highlight the song at hand rather than detract from it. The cast is much more diverse across the board than previous iterations of the show, yet the themes of immigration occasionally fall by the wayside.

The contemporary take on the story works almost seamlessly, with violence carried out due to differences in class and ethnicity unfortunately all too relevant. The exception is a segment on police brutality, which tries to fit in but doesn’t quite gel with the source material. In all likelihood, West Side Story is the best movie currently playing in a Broadway theatre. As a live production, its strong performances are sometimes bolstered by and other times bafflingly overshadowed by the production’s endeavors in cinematography. Currently in previews, West Side Story officially opens on February 20th at The Broadway Theatre. Van Hove is known for using previews to test out shows and rework them, so hopefully he decides to leave the film version to Spielberg and assert this production as a more of a stage musical before then. 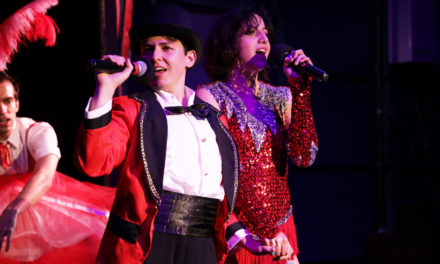 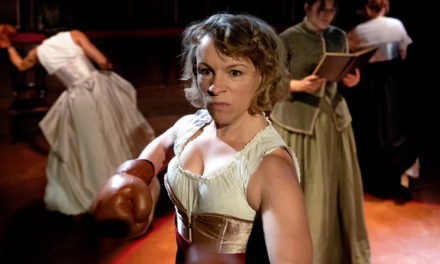