Zoom plays can feel a little dry. I’m sure, after months of this quarantine, we’ve all had the experience: watching incredibly talented actors speak incredibly well-written words, though unable to fully capture us in the story through no fault of their own. This is the struggle of the time and of the digital medium.

This problem is something that the creators of Call From, a new theatrical web series, know well. Olivia Miller had tired of repetitive play readings, happy that theatre was continuing but unimpressed with continuous Zoom boxes. Finally, after two months in quarantine, she decided to take matters into her own hands. “I was…missing the spontaneity that comes with live theatre,” she says, “and I had an idea of a web series that potentially could combine some of those things, in terms of subject matter, in revisiting plays that we really love that frequently get staged in the American theatre, [and] some of the spontaneous interaction that occurs between two actors.” She presented the idea to grad school friend and fellow artist Anita Castillo-Halvorssen, and from that collaboration came Call From.

Call From is a nine-part web series in three acts. Starring Miller and Castillo-Halvorssen, it explores beloved classical characters through a twenty-first century lens, bringing Shakespeare, Beckett, Wilde, Williams, and more into the modern world. Each episode features two characters talking to one another over a Zoom call, allowing this newfound requirement to play its own role with the actors. As Castillo-Halvorssen says, “Sometimes that suspension of disbelief [on Zoom] is too much to handle, sitting there and looking at your screen and thinking about, ‘this plot is happening, they’re running through the woods!’ You’re asking a lot of your audience. [With this piece,] there isn’t that extra step an audience has to take. The most work we’re asking people to do is imagine that these characters have access to technology.” It is a far easier jump to make than a woodland spree, that’s for sure.

Frankly, Miller and Castillo-Halvorssen have struck gold. Each of the five-minute episodes—at the writing of this article, there are currently five released—are clever and engaging, balancing realism and stylization with ease. Castillo-Halvorssen and Miller radiate intellect, charm, wit, and hilarity. They clearly know how to combine their knowledge and talent in the best of ways.

Utilizing the teachings of clown in a loving mockery of classic canon, each of these episodes feels like a miniature play. These stories envelop, even with home-movie style props and sets. Whether it’s Friar Lawrence’s inability to use Zoom and frightening Romeo, Olivia’s basic white girl annoyance at Orsino’s continual calls, or Ernest and Cecily’s sexy talk gone wrong, each of these situations are as different as they are believable. The writing is nearly faultless: firmly rooted in a knowledge of these plays, gleefully self-aware, and cleverly picking apart present-day canon, it is a joy to watch. I found myself laughing out loud many times.

It would be nothing without committed characterization, of course. With each episode, Miller and Castillo-Halvorssen transform their voices, physicalities, and quirks with remarkable freedom and versatility. They truly embody the modern versions of these sometimes centuries-old characters, a thing that is no mean feat. Jumping across the spectrums of time, gender, and personality, these actors are unafraid of appearing ridiculous, and that is just what makes this piece work. The wackiness of each of these scenarios would fail, otherwise. It is in perfect hands with these two women.

Within all this, there is an all-important grounding. In the midst of the laughter, in the midst of the subliminal education, there is a cultural facet of some seriousness. By casting themselves in roles written and predominantly played by white men, Miller and Castillo-Halvorssen are forcing us to question the canon, as they themselves did. As Miller states,

“What we call the canon has been used to exclude a lot of voices in the past. [For example,] the Beckett estate gets really cagey about having women play these two characters. There’s only a handful of productions that have been able to get the estate to either approve of or not a make a fuss about that.”

She and Castillo-Halvorssen, by playing the two aforementioned characters in their work, are directly challenging that exclusionary precedent. It is the same with many of the plays they are reimagining. Suddenly, subconsciously, the audience begins to wonder why these classic plays are cast and produced in markedly similar ways across the country. Our answer, provided by this web series? There is rarely a good reason. A good actor is a good actor.

Call From has come about at a perfect time. It is crucial, at this pivotal moment in American history, that we examine the theatrical norm. As Castillo-Halvorssen so eloquently puts it, “What you choose to put on your stages is also reflecting the way that you treat everyone working with you and for you as a theatre in America.” This series starts that conversation with humor, with empathy, with laughter, with love.

“Anything that…challenges the canon to open up a bit is a good thing, especially in this moment, because, for so long, women and BIPOC have not felt represented in the kinds of plays that happen across America all the time, and this feels like a tiny contribution to widening that a little bit,” says Miller.

These two artists have achieved exactly that goal.

As for me? I will be not so patiently waiting for the remainder of the episodes to be released.

Call From will be releasing new episodes every week until mid-October, ultimately reimagining Romeo and Juliet, The Importance of Being Earnest, Waiting for Godot (times three), Twelfth Night, A Streetcar Named Desire, Macbeth, and Uncle Vanya. You can watch the current episodes and subscribe for more here. To see more of Olivia Miller, click here. To see more of Anita Castillo-Halvorssen, click here. And for those of you left wanting more, worry not: Season 2 is in the works. 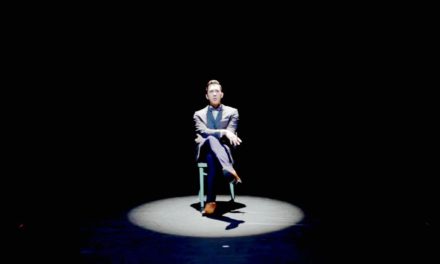