The Legend of The Waitress & The Robber, a new musical theater piece by Renee Philippi, a Concrete Temple Theatre, Playfactory Mabangzen, and Yellowbomb collaboration, in partnership with Korean Cultural Center NY, opened at Dixon Place, New York, on May 25 for only five performances.

Set in a Dystopian world where people live separately and isolated from each other, “Legend” portrays a heartless society in which the inhabitants’ only interaction is on their cellphones and iPads which they hold on too tightly for fear of being cut off from all communication. Dressed in full-length gray kimono-like outfits that match their drab lives, they live mostly in poverty and deprivation. There are no books, art, or music allowed. As for the elderly, they are ignored and mistreated.

At the helm of this totalitarian regime known as The Company, The Father (Rolls Andre), sits on his “throne” (an uncomfortable plain wooden seat on wheels), issuing orders to his subalterns. As the play opens, he gives over the reins of the Company to his First SON (James A. Pierce III), who rules with an iron hand, keeping “citizens” under constant surveillance.

Fortunately, the Waitress and the Robber are present to save the day. Like Wonder Woman or Spider-Man, but without their magical gifts, they bravely tackle the Powers that be with little more than their wits and determination. Led by The Waitress (Juyeon Choi) and the Father’s Second SON (Carlo Adinolfi), they form a small group of dissidents who have decided to steal all the cell phones and destroy them as their first subversive act. Now the fun begins.

As the Robber, complete with red cape and cap, the Second SON becomes a heroic masked figure, riding a RipStick board throughout the “city,” grabbing all the phones. The Waitress kidnaps the Old people and creates a haven for them in her cafeteria where they can socialize with their friends and enjoy their Golden Years, but there is always the danger of the Police discovering their hideout and the wicked First SON severely punishing the rebels. When the regime discovers that the Waitress has been hiding her library, for example, a policeman brings out the Book Shredding Machine, a monstrous wooden contraption with jaws that crunches up her books as if chopping wood, inevitably drawing laughter from the audience, despite the obvious reference to the past.

Adinolfi’s low-tech set composed of cardboard cutouts of doors and walls on wheels is perfect for creating the multiple scenes needed to move the action forward while simple tables, chairs, and stools provide additional scenic elements.

Lewis Flinn’s original musical score and lyrics, add much-needed moments of release and joy, along with important commentary on the circumstances inherent in living under constant surveillance.

The multi-talented ten-member company, composed of Korean and American actors, performs in both Korean and English, with supertitles to help follow the story but also to enhance the visual statement that this is an important cross-cultural collaboration.

It was a delight to see that The Legend of the Waitress and the Robber made it to full production despite the many challenges of the COVID pandemic. Begun in 2019 in a residency in Seoul, South Korea, with plans to open in New York, work was of course interrupted but not completely canceled. The collaboration continued online in 2021 via Video and exchanges on ZOOM and a bi-lingual Video stream and ZOOM Event which took place thanks to the Korean Cultural Center, New York in 2021. And finally, the creation of the current show was made possible thanks to a three-week-long development residency at PS21 in Chatham, New York, where the show’s premiere was held. I, for one, am grateful that Concrete Temple persevered and safely landed at Dixon Place, in New York City, where “the happy few” were treated to the chance to applaud the courage of a Waitress and a Robber who dared to stand up to a tyrannical regime. 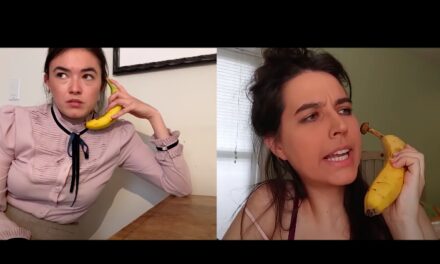