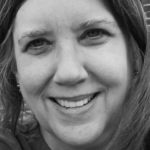 Heather Waters was dramaturg for M(o)ther--an online performance featuring international actors and musicians produced by Boston Experimental Theatre. She interviewed Boston Experimental Theatre's artistic director about the production in The Theatre Times. Several of her theater and opera reviews have appeared in The Theatre Times since 2017. A NY-based theater company, New World Theatre, read her full-length play, entitled Oracle Bones, as part of its 2006 summer reading series. Her poetry and essays have appeared in several small journals and online publications in the U.S., and in the U.K., including, most recently, in the Inconsequential  (2014-2015). She participated in a New York Institute for the Humanities seminar, Love and Let Die, in June 2013. She had a letter published in the Opinion & Ideas Section of The Chronicle of Higher Education in July 2013.