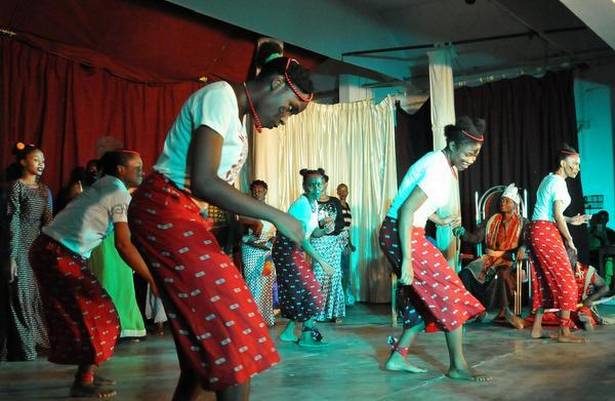 A group of African students took the audience on a journey to Nigeria.

It’s celebration time in the kingdom of Umuofia. The King Eze Umuofia dances with his subject, men and women clad in colourful sarongs and shaking their legs to traditional Gongon beats during the traditional Yam festival.

Later, as the princess is given in marriage, a larger celebration follows and the entire kingdom revels in the joy of dance and music.

Portraying various aspects of Nigerian culture in the form of a dramatic presentation on stage, African students studying in The American College and Lady Doak College took the audience by surprise. They told a lively story passing through phases of happiness and sorrow while vividly explaining the striking features of the peculiar culture, superstitions, tribal beliefs, religion, myths, and customs. “This isn’t a folklore or an epic tale, but a mixture of various grandma stories that we have grown up with,” said Chibueze Sunday, II M.A. English, who directed the presentation along with his classmate Okororie Kingsley.

Tucked in North Western Africa, Nigeria is home to the tribes of Hausa, Igbo and Yoruba. “They are all emotional people who express their joys and sorrows in the form of music and dance. There’s much dramatization bordering on ecstasy,” says Sunday.

“The second half of the story traverses into a grim plot of the princess losing her life in childbirth and a slave girl being killed to be buried along with princess. It was a custom in the ancient tribal communities.” However, in the story, the slave is killed without her consent and a curse befalls the kingdom. The river turns bloody, farmlands catch fire, famine strikes and the people die of a mysterious disease. The head priest suggests that the sword of the God be brought to redeem the kingdom from the curse, in pursuit of which three women volunteer to go into the woods. The story ends with a hope of return.

“Tribal communities followed a cohesive style of living and that’s what the presentation tries to capture. For instance, there are practices like exchanging of Cola nuts between families to signify mutual agreement for wedlock, the bride offering palm wine to the groom to symbolise her consent for marriage, Yam festival where people cut across barriers and enjoy eating the tuber, their staple food,” says S Vincent, a scholar in African literature. It was an enthralling stage performance that enlightened on the culture of a faraway land. RESENTING AFRICA ON A STAGE: The drama on the culture of Africa | Photo Credit: S. James 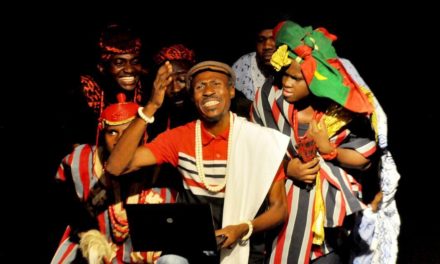