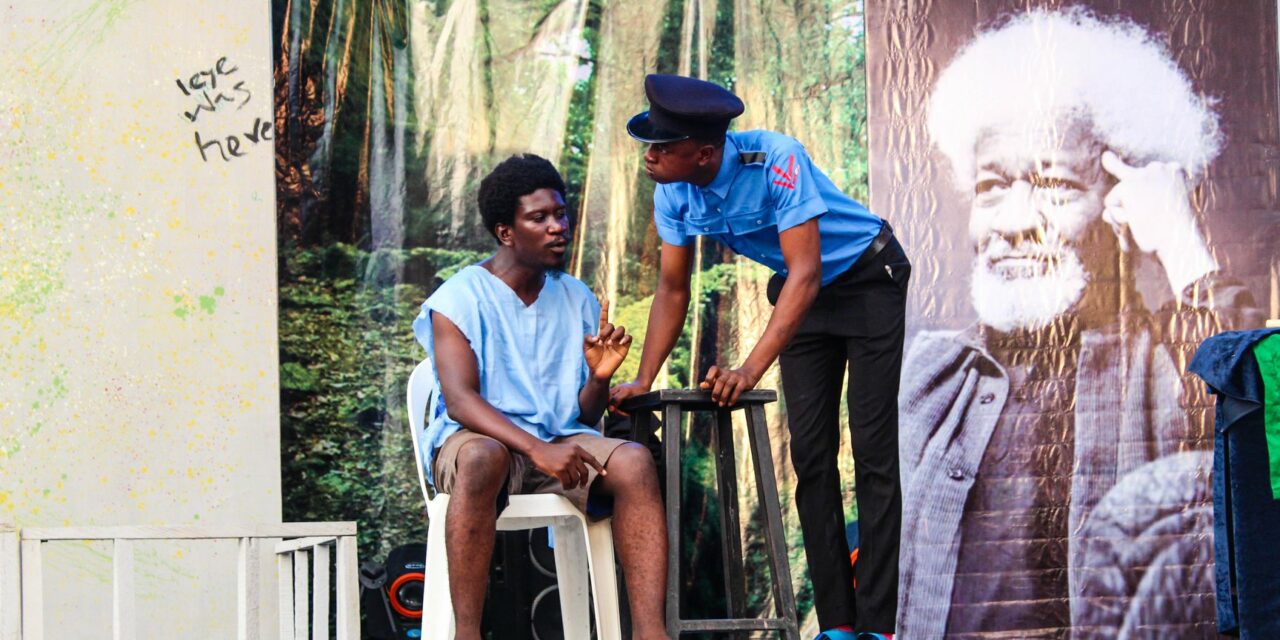 The Lagos Theatre Festival may have come and gone but the memories of the week-long activities live on. Annually, festival-goers are treated to varying stories from talented theatre artists. One of the popular fringe shows this year was Ogun Skugga, a play written and directed by Lekan Balogun for Legendaire Theatre. The powerful and thought-provoking play is an adaptation of Nobel laureate Wole Soyinka’s The Man Died. The prison memoirs first published in 1971 details his incarceration by the military regime of General Yakubu Gowon, following his (Soyinka’s) involvement in the events leading to and surrounding the civil war, otherwise known as the Nigeria/Biafra War.

A Present True to History

Balogun relays this part of history to his audience through Soyinka’s ordeal in prison while the Nigeria/Biafra war raged. Emphasis is put on his sordid experience in solitary confinement as well as the politics of both prison life and the events which eventually shaped the future (and now present-day) Nigeria.

Watching this humiliation and maltreatment for no just cause is however not surprising as it’s not too different from some of the events the country has witnessed since. The case of Fela Anikulapo-Kuti, Gani Fawehinmi and others who have at one time or the other fought for the rights of the common man and gotten punished for it. Simply put, Ogun Skugga paints a picture of a nation at war, plagued with immoralities and an innocent man in between all of this. With recurring themes of police violence, oppression, bribery, and no freedom of press, it’s not surprising that the play is relevant for while these events happened over fifty years ago, they are still typical of today’s Nigeria.

One of the major highs for Ogun Skugga is the attention to costuming and props. They’re close to perfect and you can see the effort. The actors are also brilliant young men and women who I hope to see more of in the nearest future.

The play has a lot of clever well-timed humor but, at some point, it feels like these comic scenes are an easy go-to for masking the loopholes. There’s little or nothing about the story that makes it stick and at some point, it deviates from the general narrative. It’s one of the very few productions that have it all going yet misses the crucial parts of the story, which leaves you wondering what a hit it’d have been if all was in check.

In all, Ogun Skugga is an interesting show that relays its intended message.

This article originally appeared in The African Theatre Magazine and has been reposted with permission. Read the original article. 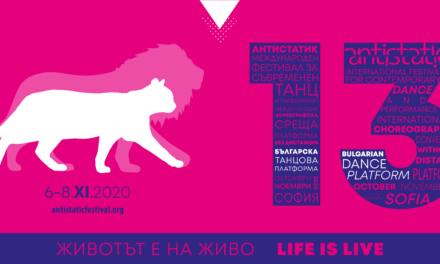