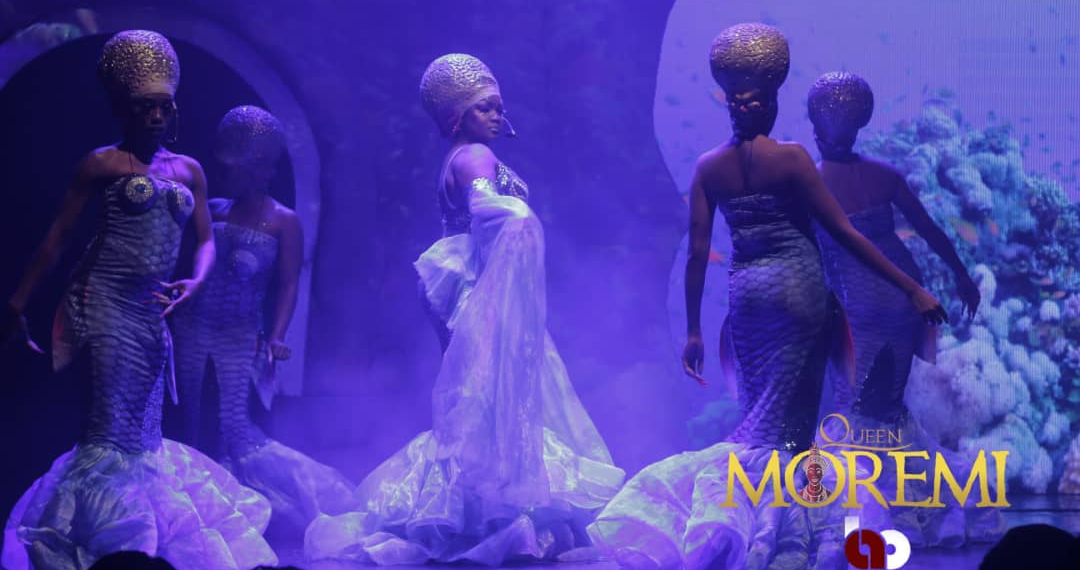 The Story of the Little Known Heroine

There are a couple of names that are in popular culture today but little or nothing is known about them. One of these names is Moremi, whom a lot of people know was a queen but nothing is known about her life. To them, she was a heroine whose name was plastered on their sportswear for the annual inter-house sports competition or even on the block of flats in their school hostel for identification. For others, Moremi as the gigantic statue which happens to be the biggest in Nigeria that was erected in the city of Ife in 2017 by the traditional ruler, the Ooni, Oba Enitan Ogunwusi. But ask what she did, and you’re guaranteed that only a few people would know. It is the story of this great woman that is told in Queen Moremi The Musical.

Moremi was a hunter from the city of Offa and became a citizen of Ile-Ife by virtue of marriage. In the 12th century when she lived, Ile-Ife suffered constant attacks from raids from the people of the Ugbo tribe who kidnapped the women and children from the city. The people of Ile-Ife, on the other hand, went from sacrificing everything they had, from animals to virgins but the attacks did not end. They lived in great fear of the Ugbo warriors and it seemed like a great prayer to make before starting the day: that either one of them or their family members do not fall into the hands of the Ugbo warriors. Moremi, on the other hand, decided to take a bold step. She was going to find a way to defeat the monsters and liberate Ile-Ife and her marriage seemed like a price so little to pay for this. She makes a pact with the river goddess Esimirin and eventually emerges victorious. In the long run, Moremi gives it all for Ile-Ife and pays a price not many would want to.

Bolanle Austen-Peters Productions, which seems to have successfully hacked the musical theatre game in Nigeria, produced the Musical. In recent times, the production company has made a little shift from fiction stories to telling stories of legends, with productions like Fela and Kalakuta Queens, which was on stage last year. 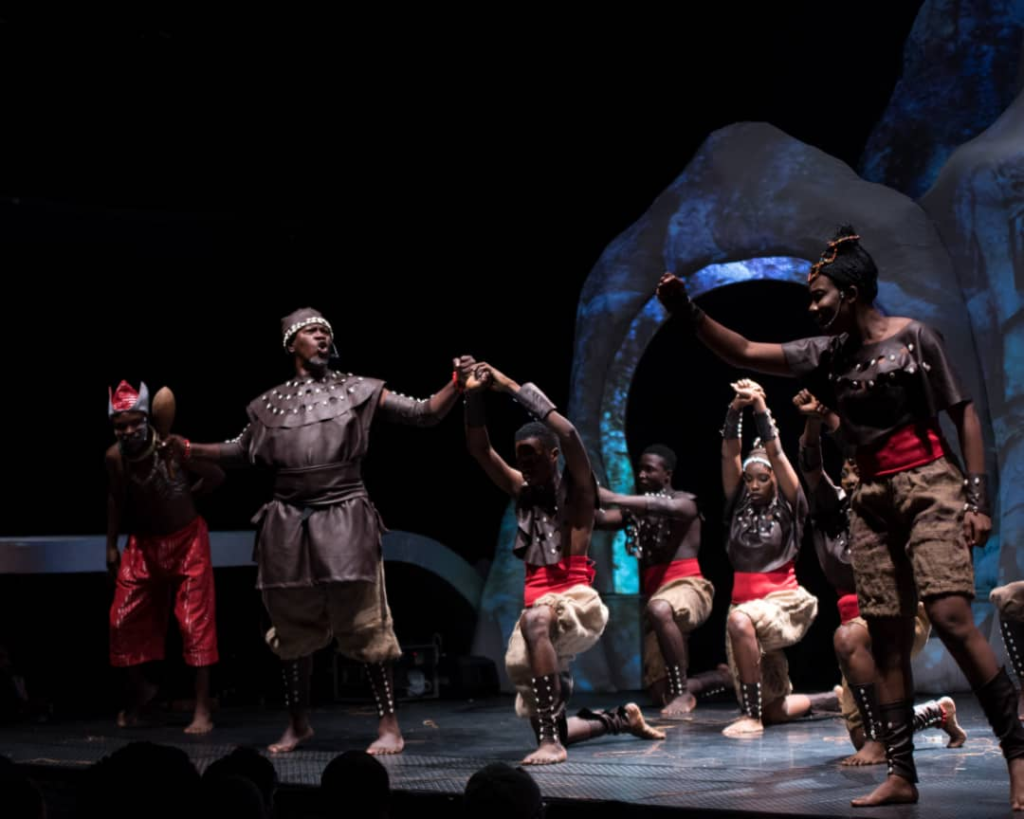 Moremi features a cast of Nigerian legends in film and theatre like Bimbo Manuel, Lala Akindoju, Omotola Jalade Ekeinde, Femi Branch, Kehinde Bankole, Deyemi Okanlawon and Ayoola Ayolola. Tosin Adeyemi, the actor who plays Moremi, delivers an energetic performance that leaves the audience with goosebumps. Tosin’s prolific performance of the musical number where she’s paying homage to the gods and the synchronized movements where she’s leaving her husband’s house and her stage presence easily make her the star of this two-hour show.

Like many other plays by BAP Productions, the choreography is top-notch with ace choreographers like Paolo Sisiano, who has worked on previous productions such as Wakaa and Fela and the Kalakuta Queens ensuring the movements are as beautiful and flawless as can be. Then there is the music. According to the director of the play, Bolanle Austen-Peters, they sent a musical team to the House of Oduduwa in Ile-Ife, an organization concerned with the promotion of Yoruba culture to create the musical score from scratch, and this shows in the play. It switches between Yoruba folklore to captivating solos and even a little infusion of the modern genre all making it a pleasant sound to the ears. This effort is carried on to the set design, as it blends well with the scenarios depicted, and the costuming, which screams attention to detail from the fin-like details of Esimirin and her maidens to the scary-looking face masks of the Ugbo warriors.

The story of Moremi’s is one of unimaginable sacrifice and one that every Nigerian needs to know. This production does a brilliant job of juxtaposing this 12th-century story with all the glitz and glamour of musical theatre, thereby creating the riveting play that it is. 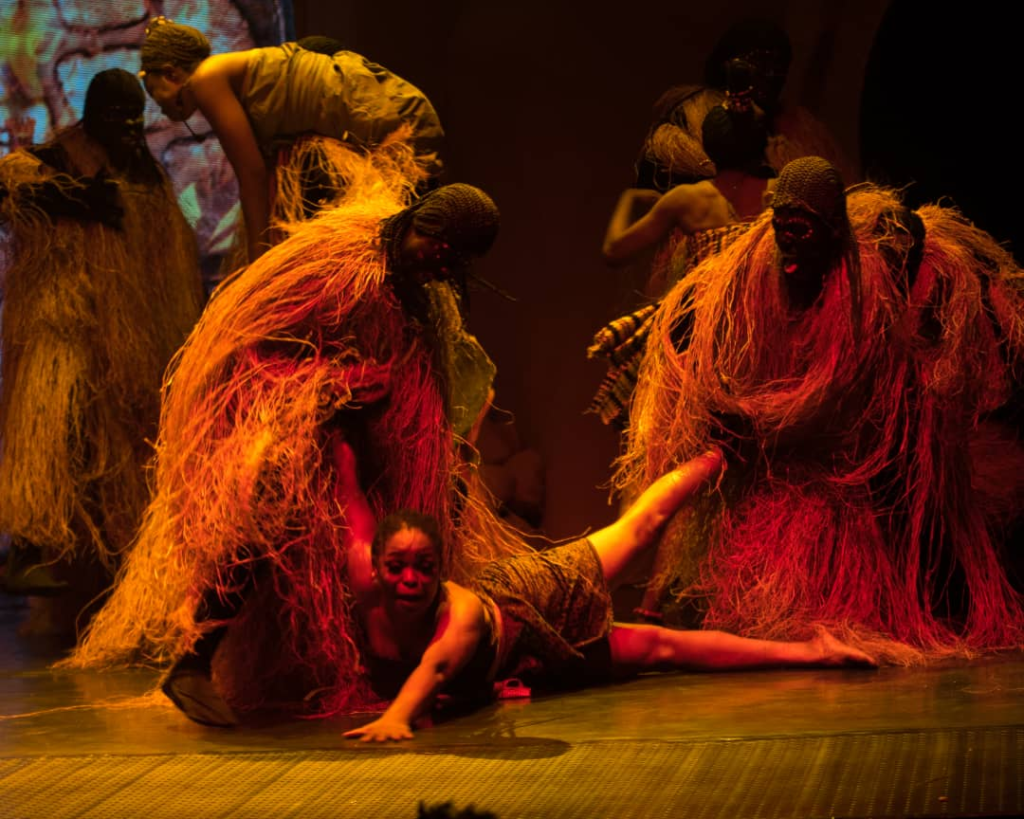 Queen Moremi The Musical premiered in December 2018 to January 2019.

This post originally appeared in The African Theatre Magazine and has been reposted with permission. Read the original article. 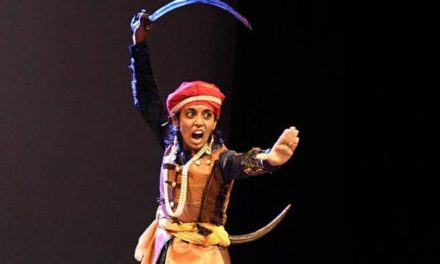 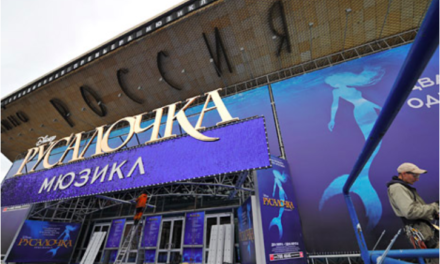