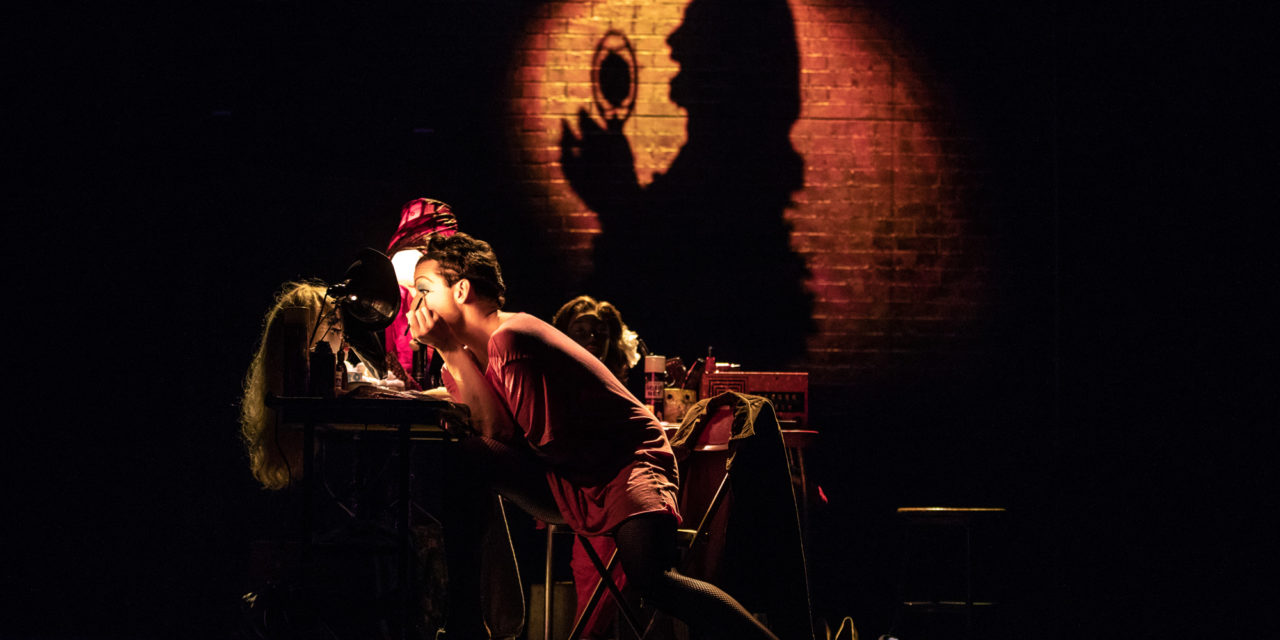 Because this is Harvey Fierstein, and you should know that this is what you get if you sit before his stage — especially if that stage is set for Torch Song partnered with Angels in America as canon for the story of gay, American life in the 20th century.

But you may find that this glorious Broadway revival, led by Michael Urie and Mercedes Ruehl in the same theater where it opened over 35 years ago, burns a softer flame —  no less bright, for sure, but perhaps a bit more tender, lit for a time when a drag queen poised before a Broadway audience, while no less political, is imaginably less avant-garde.

But, in Fierstein’s effort to distill the play trilogy into one, two-act structure, some things have gone and some things have stayed; what remains is the surest mark of what Fierstein hopes Torch Song may teach us, renewed.

Telling is it that the trilogy’s first two plays bare the weight of Fierstein’s revisions. “International Stud,” the first play, set largely in Arnold’s dress dressing room and across New York’s gay bar scene, and “Fugue In A Nursery,” the second play, acted entirely in an oversized bed while Arnold, Ed, and both their new lovers struggle with immaturity, have been reduced significantly. The final play, “Widows and Children First,” remains intact, shifting the play’s weight to Arnold’s final battle with his mother, who’s come to check in on her firstborn, newly fathering his own adoptive son, and reorder the chaos she sees.

What results is a Torch Song concerned less with the intricacies of gay life in the 1970s and more with the task of building our lives after a victory. In “Widows and Children First,” Arnold is angry; he’s made an attempt to construct an adult life, to have a child, maybe even to raise one with Ed. As his mother arrives to tear all of that down, Arnold’s frustration, his incredible anger at the bothersome task of again defending his life, bursts from the stage.

When Harvey Fierstein wrote “Widows and Children First” over 40 years ago, he may as well have been clairvoyant, predicting the course of the next half-century as gay men and women fought to climb (and continue to climb) a new mountain of acceptance, to fight for their right to form families. His rewrite, first tried off-Broadway at Second Stage Theater last year, only the more brilliantly showcases this clairvoyance.

Hanging in the mind in the moments after the curtain falls, however, is Michael Urie’s genius. Don’t come hoping to find Harvey Fierstein’s Arnold; Urie, an astonishingly physical actor who embodies Arnold with dexterity and ease that comes only after relentless, studied union with the character, has found a leading man entirely distinct from Fierstein’s famous portrayal. He is a force on this stage-matched only by Mercedes Ruehl, who’s seamless, expertly delivered performance is the engine, forceful and inevitable, behind a train ready to run off its tracks.

Ward Horton is an indelible match for the boyish character of Ed. It’s hard not to read Horton, tall and blond, his pants perfectly pressed, as a sort of Robert Redford. Straight-laced an all-American, his portrayal offers a contrast to Urie’s overtly-Jewish inflection nearly reminiscent of The Way We Were. Horton’s depiction of a Waspy Ed, his Robert Redford-ness and his evasion of an overtly queer persona, matched with Arnold’s obvious Jewishness, his clear identity as a gay man and drag queen, can nearly be read as a queer parallel to Barbra Streisand and Robert Redford in that iconic movie of the same era, succeeding in mapping a conversation of ethnicity merely backgrounded in most productions of this play.

“I’m among the last of a dying breed. Well, once the ERA and the gay civil rights bills have been passed, me and mine will find ourselves swept under the carpets,” says Arnold in Torch Song Trilogy’s original opening monologue, likely teasing his wig. But this line is absent from the new production (along with the Equal Rights Amendment, a dinosaur now). It’s been a long 40 years since Fierstein wrote “Torch Song,” though I’d bet my dollar that today’s audiences are laughing harder, crying harder, too — Arnold’s voice no longer an echo of struggle, but a defiant and fearless declaration of freedom.