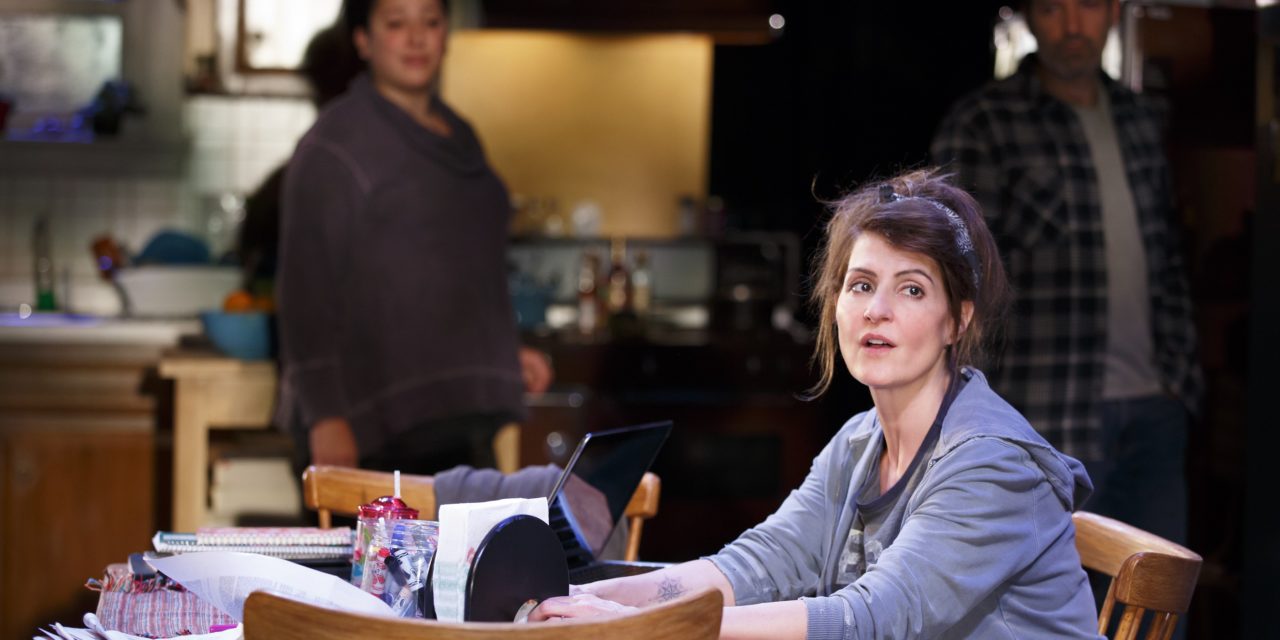 I’m an avid theatergoer who missed seeing Nia Vardalos’s stage adaptation of Cheryl Strayed’s bestselling book Tiny Beautiful Things during its sold-out run at the Public Theater last year, and I just can’t decide whether I should run out and grab a ticket now that the show has re-opened there in a larger house. I loved Vardalos’s wry film My Big Fat Greek Wedding and enjoyed her sassy acting in the TV spinoff (My Big Fat Greek Life) but I didn’t read Strayed’s book and the prospect of a stage play based on a collection of advice columns kinda makes me cringe. I feel buffaloed by all the articles that have extolled the show as a stupendous tearjerker—yet another in this Sunday’s New York Times! Can you advise? What to think of these omens of ick?

You’re right to be wary. Very few bakers could make this theatrical cake rise. The Strayed book is extraordinary. You should read it. It utterly reinvents the trivial form it comes from, bringing depth, anomalous compassion and a sort of acute perceptiveness that can only be called wisdom to the dubious practice of advice-giving. In the persona of the columnist Sugar, Strayed digs out the meaty (and ultimately unanswerable) questions beneath the often petty and practical ones her readers ask, grappling with them in relentlessly searching ways. She is loving, smart and surprising, calling out hypocrisy, evasion, equivocation and more while also goading, praising, encouraging, and grieving with her correspondents like a trusted friend. She wins your trust, respect, and affection because (her saccharine pseudonym notwithstanding) she doesn’t hide. The hallmark of her column is its use of beautifully turned, soul-scouring stories from her own life.

That said, the book is unlikely material for a play. The chief obstacle, as you seem to surmise, is the sincerity of the speaking voice. On the page, Sugar is delightfully complex and multidimensional, drawing on such a broad variety of life experience that the events of the writing seem to travel the globe even though they never really leave her mind. She’s sharing opinions and points of view and they are anything but narrow. On the stage, though, that singular voice with its unvaryingly earnest attitude has to be front and center, and who wants to sit through long speeches by any ceaseless do-gooder, no matter how perceptive or precise? That’s the ick-anxiety.

The thing is, Vardalos and company have figured this problem out. In this adaptation (done with the director Thomas Kail and Marshall Heyman) she shares the stage with three other actors—Teddy Cañez, Hubert Point-Du Jour, and Natalie Woolams-Torres—who speak to her, at her, sometimes over her, playing dozens of other people who wrote to Sugar, chiming in with conversational snippets drawn from her columns and reader-letters. These people wander around the modestly furnished kitchen/living room set, which is warmly cluttered with the bric-a-brac of family life (unwashed dishes, plastic letters on the fridge, disorderly bookshelf), while only Sugar really seems to live there. Their physical presence, as though conjured by her empathy toward them, makes the generosity of her letters to them all the more moving.

Vardalos’s wryness is the perfect delivery vehicle for these gorgeous letters. She’s an actress who seems always interrupted mid-bustle, which makes her a tad edgier than Strayed. That’s a good thing. As a theatrical character Sugar needs a slightly higher quotient of reluctance and hassled sincerity than the book’s character. Because she is even-keeled and unruffled like a therapist one moment, then emotionally leaky and breakable the next, Vardalos can convince us that writing her column really costs Sugar/Strayed some blood and tears. That’s the crucial trick. The impression of rattled sophistication Vardalos leaves is what I think gives so many worldly-wise audience members the permission they need to cry.

The smart and cagey way this show handles sticky emotion made me reflect on my longstanding irritation at people who insist on believing that tears are the gold-standard of quality in drama, no matter what callous assholes say to the contrary. I feel like I’ve always been one of those callous assholes, even when I’m weeping at the theater.

Many years ago, near the beginning of my college teaching career, an incident occurred with a very smart student that bothered me at the time but clarified my view of this issue. It involved one of those exceptionally bright and engaged students who raises the level of class discussions, the kind you call on a little too much because you’re always curious what they’re thinking. At a certain point in the semester, she stopped participating, and I figured she’d just gotten busy and had to let our reading slide.

In retrospect, I saw that the turning point was a unit on American drama in which I’d used Brecht as a foil for Clifford Odets and Arthur Miller, asking whether the intense feelings the Americans’ plays evoked could really ever lead to improvement of the social problems they were critiquing. I’d also assigned Rousseau’s attack on bourgeois sentimentality from two centuries earlier: “In shedding tears at fictitious misfortunes, we discharge all the duties humanity requires of us on such occasions without any further inconvenience to ourselves . . . when a man goes to a play . . . to weep at imaginary misfortunes, what more can be expected of him? Is he not perfectly satisfied with himself? Does he not even boast of his sensibility?”

In the end, as I found out, my student felt buffaloed by all these readings and the stacked class discussions of them. When she finished her final exam—which was perfect—she walked up to me and said: “So it has to be complicated? If something’s not complicated, you don’t respect it? That’s not how everyone is. Thanks for the class.” I never saw her again.

I’d like to believe that that parting shot made me a better teacher. It certainly made me rethink the emphases and balance in all my classes that play ideas off against feelings. And today, I believe that experience also helps me see that even the people who have nothing to say about Tiny Beautiful Things but “look how it makes people cry!” are certainly getting much more out of it than that.

This post originally appeared in Jonathan Kalb on October 31, 2017, and has been reposted with permission. 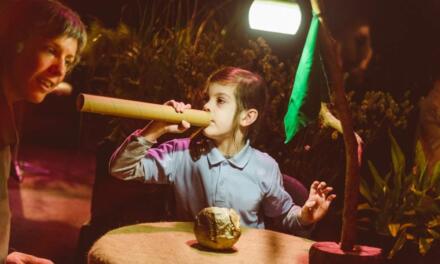