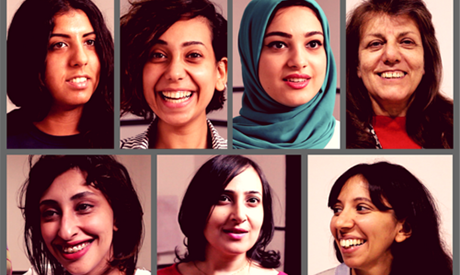 After starting in New York, the storytelling performance made its international debut in Cairo, co-directed by Eliza Simpson, Amanda Lederer and Dalia Bassiouny.

The Motherline storytelling performance was one of three plays, all of which gender-themed, staged at the Falaki Theatre within the Show Goes On program (October 13-22 ).

The performance is co-directed by Eliza Simpson and Amanda Lederer, who began the Motherline story project in the US in 2015.

The project started organically with a gathering of women sharing stories of their female ancestry in a New York apartment and grew to become a platform for female expression through live theatre, or podcasts and videos online.

Tender, comic and profound, the participants explore and celebrate their mother lines, through writing and delivering personal two-minute monologues. On stage, they become their mothers, grandmothers, great-grandmothers, anyone from their maternal family tree.

This is the project’s first production outside the US and was coordinated in Cairo by Egyptian director Dalia El-Bassiouny and her theatre company Sabeel for the Arts.

“Dalia and I are longtime friends and have been looking for a project to do together since 2015. I had started the Motherline project in the US, so we felt it could be done in Egypt. She was really the driving force, with her connections and her ingenuity,” Simpson told Ahram Online in an interview.

When the US embassy was seeking projects that highlight and showcase the voices of Egyptian women through different mediums, Bassiouny’s pitch for the Motherline project fitted in with The Show Goes On, the embassy’s showcase for theatre.

On the Motherline website, the performance is described as a space where “the triumphs and traumas of the women who came before can be spoken, heard, and celebrated. Universal appeal meets personal power in this show by women, about women, for everyone.”

Thirteen women are lined up in a wide half-circle upstage, sitting on a variety of chairs; stools, poufs, and highchairs. There is a sense of sorority, and the simple setting is homey, with dim lighting just enough to show the figures’ outlines in the otherwise dark stage. Overhead spotlights accompany each storyteller as she delivers her monologue, each in a different part of the stage bringing to life a unique character.

Less is more in this poignant performance that remained engaging owing to its relatable content, engaging structure, and skilled storytellers to carry it through.

With just two weeks of rehearsal time, putting the show together was a concentrated writing and performance workshop.

When the directors reached out to the actresses they asked them to bring three stories to the rehearsals. The very first screening through the stories was by e-mail, while Simpson and Lederer were still in the US.

“In the first two rehearsals in Cairo we worked with all 13 women as a group, and afterwards moved to one on one sessions, working with individuals to transform what they had written into the structure you see in the show,” Simpson says, adding that, “Because everyone’s own history is very vast, the more restrictions the better the material can be, so we have quite a strict writing structure.”

From each participant, one story has to reference or contain a “ritual,” another a “secret,” and the third “creation” as an act or a reference.

“People often write in past tense. But that’s not what we wanted to showcase. So we were transforming the drafts to monologues, like being dropped in the moment, and had many exercises to help them do that until everyone had one draft we were happy with.”

While their stories aim to be as historically accurate as possible, they leave room for the storytellers’ instinct to step in and fill any gaps in the stories.

The monologues were performed in Arabic, and Simpson admits it was a little complicated to direct a foreign language.

“Bassiouny was there to work with the performers in delivering the Arabic text, while Lederer and I were working on circumstance, physicality, and the overall energy.”

A team of translators made sure the directors understood the text, then we would experiment with the delivery and work on “essentializing” the story and getting to its core emotions.

“Looking at the drafts, we would ask what is she actually saying, what is it really about, and get it down to one word, then express the word physically. We raise the stakes, play with making it more exciting for the teller.”

One thing that stood out was how in most of the monologues there was a common tone of strictness and reprimanding, in the way these women/mothers addressed their children; reprimanding her child for eating the lipstick before they went out, scolding her for staying out late, shaming her for sleeping all day.

Owing to the nature of storytelling, on one level this could reflect a common thread that emerged organically from the stories brought forth. After all, there are universal phrases and attitudes shared by mothers, especially within the same culture.

However, theatrically this recurring angle of reprimanding may have manifested almost as a stereotype, despite the monologues being delightfully diverse, truthfully delivered, believable, and emotionally layered.

Simpson explains there was a directorial choice behind this element.

“We had many stories that were very soft and reminiscent, but we wanted the mothers to be more active.”

She gives an example of one performer who had lost her mother at a young age, so the way she envisioned her was like a saint.

“We thought let’s shift her and put her in a scenario where she is not completely in control, to really show her as human [and not saintly]. That’s how we respect her and her story. Because even though we may remember our mothers in perfect light–having it all together and never having a hair out of place–they weren’t, and we wanted to respect that. We’re not looking at them in repose, but in action,” Simpson says.

Indeed, we caught glimpses of the characters’ underlying emotions beyond the aggression.

“You can see how much she loved her child and wants the best for her. We would ask ‘What do mothers do?’ And so often what we see them do is reprimand us, nag us, and try to make us perfect.”

From the initial anecdotal material, Simpson and Lederer were not only selecting the most interesting ones but also curating based on the stories’ relationships to one another.

“While we wanted to present diversity in the theme and structure, mostly I liked the story that allows the teller the most freedom, the ones that they can have fun doing, and enjoy their own heritage,” Simpson says.

An example is Seham Saneya Abdelsalam’s monologue, in which she performs a healing ritual for a sick child, whose parents prefer traditional medicine and dismiss the ritual as nonsense. The directors felt that no one else was speaking to the issues in this story, and selected it from Hussein’s three drafts.

One of the strengths of the Motherline show is its ability to make specific stories relatable, and emotionally resonate with a wide range of audience, and regardless of cultural and geographic distance.

“I’m always amazed by the diversity. Even when you work with women having the same occupation (they’re all actresses), from the same city (all in Cairo), you go back just one generation and people have wildly different stories to tell. And that’s true everywhere we’ve worked.”

“We were also delighted by the difference in culture, and how even though we don’t understand the language we could relate, and say ‘My mom does that too.’ So it has the potential for building empathy across cultures,” adds Simpson.

For the storytellers themselves, it was also an empathic experience, where they learned more about their mothers’ feelings as they dug deeper into their stories.

A particularly strong segment involved a telephone call between a young woman (Mary Aravanis) who moved to Greece, with her mother back home. The woman stands facing us, holding a telephone connecting to her mother, standing right next to her but giving us her back.

While rehearsing and “essentializing” the conversation between the two, what started off as merely portraying the woman’s excitement exposed more layers

“At some point, she realized that her mother was not only telling her own mother she was fine, she was telling herself,” Simpson says.

They highlighted this sentiment by making use of the chorus available on stage; in unison, the other storytellers in the dark background would ask her “And are you alright?” amplifying the question her mother would be asking.

“The others worked with Aravanis to find the suitable times to say that. The choral response was important and we wanted to use it to give a sense that the women were all supporting each other.”

Even as her response was always “Yes, I’m fine,” both the question and the reply held more weight and sadness with every attempt of reassurance.

The end of the story

The diversity of the characters and their stories was also reflected in the costumes, as each storyteller was asked to dress as themselves.

But as Simpson points out, the audience sees them in context of their story, so it would seem to us that the varying costumes intentionally depicted a mixture of mothers and daughters.

Some looked younger than others, some more hip, others more modest; an honest reflection of the wide range of ages and styles. One was dressed in a t-shirt, jeans, and sneakers; another was barefoot in a simple short dress, while a third chose to dress in the brightly colored galabeya that she wears at home.

Another aspect that benefited from the performers’ individuality was some of their talents that made it into the show.

Actress and singer Hana Afifi started the performance with a lyric-less melody—which she later repeated between some of the monologues like a soundtrack—and also sings the Egyptian folk song Yamama Beida (White Dove). Dancer Eman Hussein gave a short contemporary dance that developed in response to one of the monologues.

“The show originated because we had these stories from our own family, and we were storytellers. So when we have an ensemble that includes singers or dancers, they will honor their stories through their gifts,” Simpson says.

Simpson and Lederer are often asked why the show only involves women.

“Of course men could also benefit from exploring their mother line, or their father line, and our aim is not to exclude, but rather to be specific. To allow the audience to look at that one thing, and have a reaction, because you get better theatrical results when you’re specific. Our hope is for everyone to think about their mother line, and find their own stories,” Simpson told Ahram Online.

After bringing the project to Egypt, the directorial duo hopes to take the Motherline project to other countries, and are currently planning several international shows.

“Maybe one day we will be able to have a big performance with people from all over the world,” she says.

Meanwhile, the seed has been planted in Egypt and led by Bassiouny the project aims to be staged in other venues and encourages new performers to join with their stories.

This post originally appeared in Ahram Online on November 5, 2017, and has been reposted with permission. 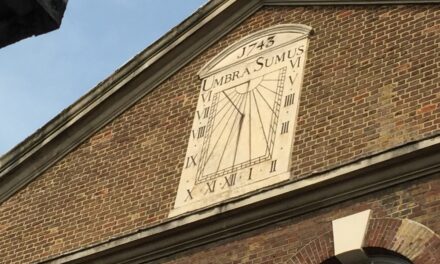 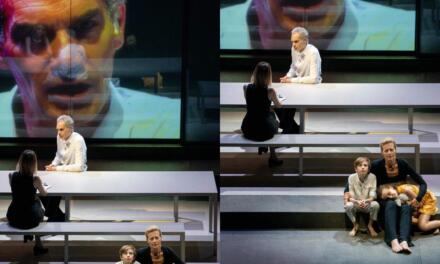