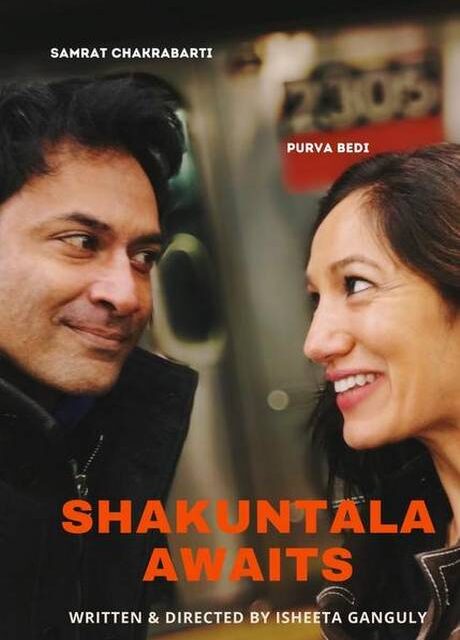 The Mahabharata’s Shakuntala and Dushyant find themselves in a modern-day setting, addressing the same old conflict, in this play by Isheeta Ganguly.

For anyone who has had an Indian upbringing, the names Shakuntala and Dushyant are not alien, thanks to the Mahabharata. In fact, their story set in Hastinapur has been so drilled into our minds that it is an everyday tale. But, what makes these classical characters, who have been reinterpreted multiple times through movies, stories, and plays, so relatable? How is a romantic connection between two strangers (like in their story) being interpreted, in today’s times?

Unfortunately, for the most part, such a scenario is still unable to dodge moral judgments. In Mumbai-based playwright, singer, and artiste Isheeta Ganguly’s Shakuntala Awaits, these characters re-emerge as a modern-day couple, caught in a conundrum, across continents. The play is currently on a 60-day Broadway run (virtual) at HERE theatre, in New York.

“It is a story that my grandmother’s sister used to tell me when I was a little girl of five or six. She would tell me folktales almost every single night before I went to sleep,” recalls Isheeta over the phone from Mumbai. She continues, “The story really captured a child’s imagination. It stayed with me for many years. And, as I started rediscovering the characters through Romila Thapar’s analyses, I also met a few acquaintances who were preparing to be mothers on their own.” That is when she realized, even in 2021, the taboo of becoming a mother out of wedlock, is pervasive globally. This led her to set the play in the US (Boston) and Mumbai.

“What’s astonishing is that we talk about a woman’s reproductive rights in terms of negating pregnancy…but the question of what a woman can do when she wants to have a child on her own, is not discussed [as much],” Isheeta continues. To become a mother out of a relationship, then, suddenly becomes unacceptable.

Shakuntala Awaits tackles the different aspects of this urban reality through a plot loosely based on the story of The Mahabharata’s Shakuntala. “I wanted to bring Shakuntala into 2020,” says Isheeta adding the play was conceptualized before the pandemic. But in the revisions done during the lockdowns, the pandemic did find a way into the narrative.

The story follows a professor (Samrat Chakrabarty) from Harvard reaching Mumbai for a conference, where he meets a doctor (Purva Bedi) at a book store. There sparks a conversation and an evident chemistry between the two which results in a romantic evening. The narrative takes on a different course when the protagonist realizes that she is pregnant.

“Shakuntala realizes that she doesn’t need to make her grandmother’s fairytale the only fairytale that needs to come through. She can make her own fairytale,” says Isheeta. “Ultimately the journey was about realizing that she has to reconstruct it according to her values and reality.” Shakuntala refuses to remain a prisoner to the ideal notion.

The play does not end on a ‘happily ever after’ note in a conventional sense but opens up myriad possibilities to an empowering, contemporary reality.

The play is available till April 3 at: https://here.org/shows/shakuntala-awaits/

This article appeared on TheHindu.com on February 18, 2021, and is reposted with permission. 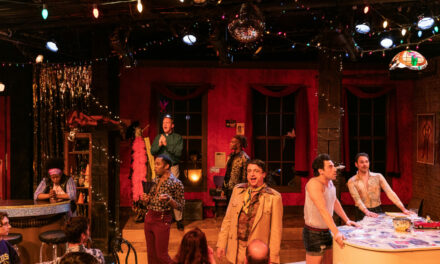