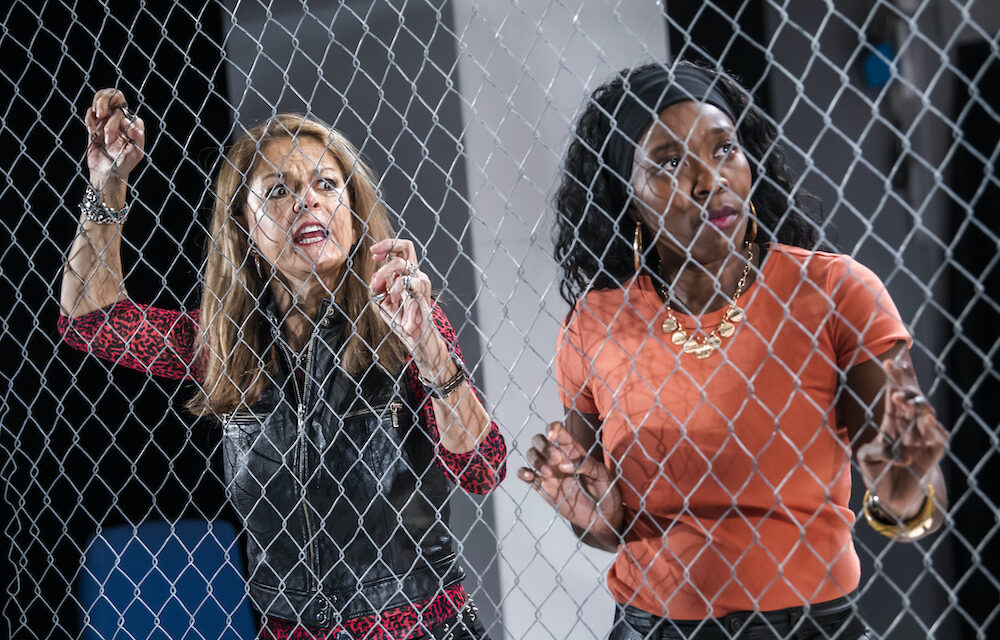 Since 2000, Esther Baker’s Synergy Theatre Project has worked with prisoners, ex-offenders and young people at risk of offending to produce powerful dramas about some of the most fraught social situations you can imagine. The latest show, written by playwright Hassan Abdulrazzak and researched in collaboration with Prisoners Abroad, is a verbatim piece about the subject of transatlantic deportation. In the current climate of Brexit trade talks, can The Special Relationship — an ideal fit for this venue — cast any light on the much-vaunted special relationship between the UK and the USA?

In the American criminal justice system, foreign nationals — for example, British-born individuals even if they’ve lived their whole adult lives in the USA — can be deported after they have served their prison sentences. No matter how serious the crime; no matter how long they have lived in the States. For this play, Abdulrazzak interviewed a variety of people who have experienced deportation from there to here, and he has edited their stories into an easily understandable tapestry of episodes. The evening is divided into sections such as Crime, Drugs, Arrest, Detention, Lawyers, and Deportation, with links that cover Childhood, Family and, most evocatively, Longing. Plus comic interludes which use a farcical song-and-dance format to satirize politicians such as Donald Trump, Theresa May, and Boris Johnson.

The individual stories have the compelling power of truth: Kathy is a lesbian who gets mixed up with a Mexican drug smuggling syndicate; Nikol hooks up with a transgender gang to pass forged cheques; Clodine is pulled over and breathalyzed, and although she is exactly on, not over, the limit she is arrested; Pat is caught up in a drug-dealing sting operation; Anne’s second ex-husband is busted for making crystal meth, which he began to distill to help her with her diabetes; John serves a life sentence for shooting his girlfriend. In each case, it’s small specific details that make the stories interesting. One amazing fact is that most of these kinds of deportations are for traffic violations.

In general, however, true crime is a bit depressing. Unless the story is about Madeleine McCann or Steven Avery, your interest might struggle to get beyond the initial novelty of these people’s situations. Most of the crimes are about theft or drugs, and the addiction issues are a familiar trail of dependency and rehab. All of the criminals get caught and their incarceration is predictably horrible. The deportation process is likewise sadly Kafkaesque, clearly unjust (good lawyers cost money) and the detention centers that hold deportees are particularly cruel and unsavory. The effect of sudden arrest and deportation on families is horrendous. There’s enough bad stuff here to last you a lifetime.

What about the satirical interludes which feature Trump, May, and Johnson? As many have already pointed out, the truth of politics is so grotesque nowadays that it is hard to make any satire stick. It will surprise no one that all three politicians are shown to be both ridiculous and revolting. Their views on hostile environments and deportations of offenders are well known. Scenes where Trump tangos with May are best greeted with a weak smile. However, Abdulrazzak has done his research: I didn’t know that the upward spike in America’s deportations programs occurred not on Trump’s watch, but during the presidencies of both Bill Clinton and Barack Obama. Oh well, that will teach me to think of any political leader as a hero.

If much of the content of this show is unsurprising, almost banal even, Baker’s production does have its occasional strong points. Abdulrazzak has created a character called Curtis, who is a police officer working for ICE (Immigration and Customs Enforcement), and he leads some of the lip-synced song and dance routines. Is that Taylor Swift’s “Shake It Off”? Or Belly’s “Immigration to the Trap”? And, yep, even I recognize the glorious Patti Smith’s “Free Money”! This is all good fun and makes a nice contrast to the more harrowing details of crime, abuse, violence, and oppression. He strongly parodies ideas of law and order, and the dancing is amusing. Curtis also provides one grim fact: law enforcement likes to make arrests in the rain because there are usually fewer witnesses.

Designed by Katy McPhee on a bare stage with some blue swivel chairs for props, this is a rough and ready production with a hard-working cast, some of whom perform several roles: Duncan Wisbey (Trump/John), Nicholas Beveney (Curtis), Miranda Foster (Kathy/May), Yvette Boakye (Nikol), Moyo Akandé (Clodine/AOC), Amrita Acharia (Anne) and Fergal McElherron (Pat/Johnson). With its references to Alexandria Ocasio-Cortez and the Squad, this is a strongly contemporary piece which is occasionally entertaining, but not very inspiring. It really doesn’t say anything new about the relationship between here and there: basically, the US calls all the shots.

This article was originally published at Aleks Sierz on March 3rd, 2020, and has been reposted with permission. To read the original article, click here 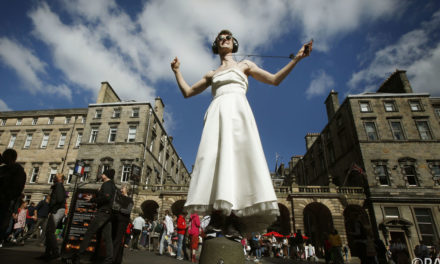